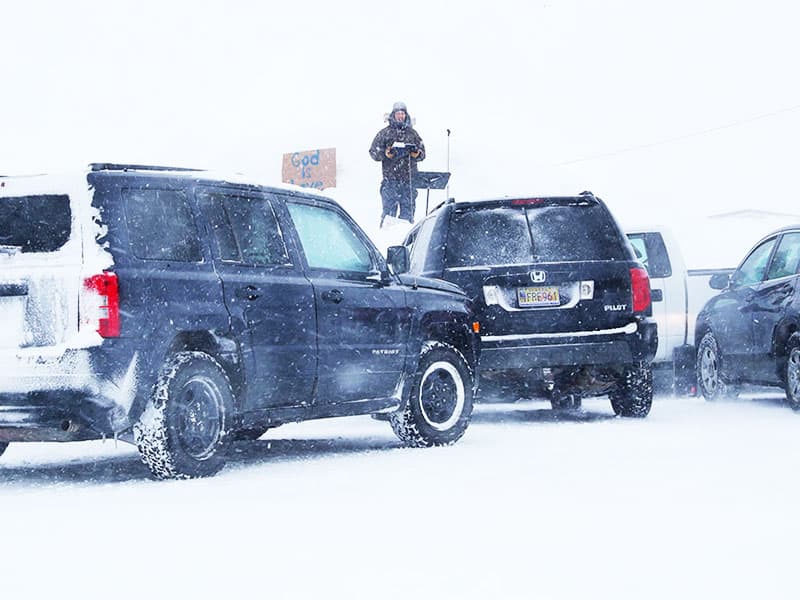 Amidst a snowstorm and the global pandemic, a church in Alaska didn’t back down and continued hosting their drive-in Sunday Worship Service.

Rev. Nick Bruckner is the pastor of the Unalakleet Covenant Church in a village found on the northwest coast of Alaska. He led the congregation in a drive-in service to uphold the social distancing protocol.

Preaching Atop A Snow

The pastor stood atop a mound of snow and preached the Word of God even with the present strong winds, making it difficult for him to flip the pages of his Bible. He used a plastic cup to shield his microphone from the swooshing sounds of the gushing wind. And effortfully placed his cellphone inside a cardboard box to play piano music to the crowd. 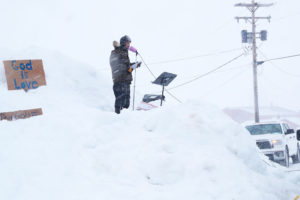 An estimated 35 guests attended the said service. And from inside their vehicles, the people sang hymns. This was what Sunday service during the coronavirus pandemic looked like on the northwest coast of Alaska.

The 35-year-old pastor said, “Improvisation was the word of the day.”

Also, Pastor Nick admitted what they did was “kind of crazy.” But he said the church members just really missed each other.

“Everybody who was in their car had the biggest smile on their face, just because we didn’t physically gather for church the week before and everybody misses it,” he said. “Being together, even though there is no physical contact, … really warms people’s hearts and encouraged everybody, including me.” 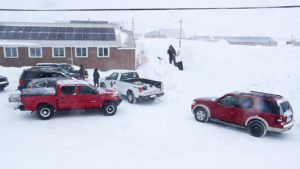 Unalakleet Covenant Church is part of an Evangelical Covenant Church. It is found in a village with only about 800 residents. The church is multiethnic and it has 90 members.

In Unalakleet village, it’s usually normal for church members to see one another around the place.

“I see people in my congregation at the store. I see them at the post office, at the gas pump. We get to see each other many, many times throughout the week, more so than most churches,” said Pastor Nick.

“But with everybody staying in, we feel disconnected and I think that there’s a feeling of grief in missing out on that fellowship that we’re accustomed to,” he added. “We miss gathering together for worship, but we also miss just those relationships and the unique way that those are built when you are physically present to each other.” 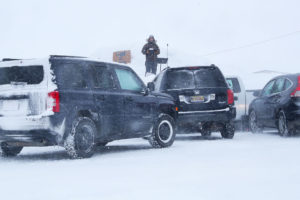 Moreover, the Unalakleet Church pastor said the church responded through prayer in this pandemic time. And they decided to stop meeting at Sunday worship service and other gatherings to protect the people.

“We need to protect people,” the pastor said. “It’s a reflection of our commitment to God to love our neighbor.

“On a normal Sunday before this pandemic, if somebody had the flu or they knew that they were contagious or they might be contagious, we would ask them to stay home because that’s the loving thing to do,” he added.

Also, during the snowy drive-in service, each person received hymn books that were sanitized with Clorox wipes.

“We told everyone just to keep them for the next three months so we don’t have to worry about germs spreading,” he explained.

Pastor Nick revealed as well that they “weren’t expecting the cold and windy conditions that morning” when they decided to run the drive-in worship service.

“Everyone was smiling and laughing,” he said. “(It was) a lighthearted gathering of being together.”

Read Also: Believe: How To Have Faith In What We Cannot See