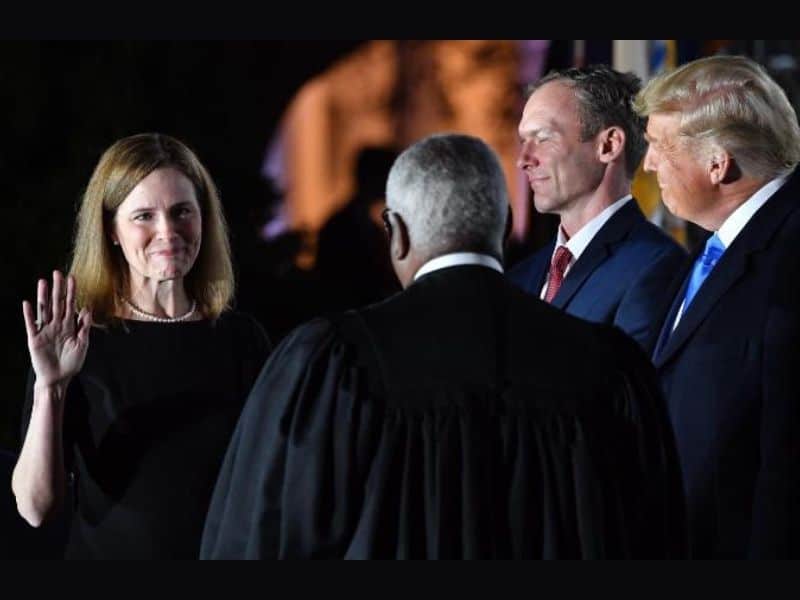 Judge Amy Coney Barrett stood with President Donald Trump at the swearing-in event, held on the south lawn at the White House. She was Trump’s nominee for the slot in the Supreme Court which was vacated recently by RGB.

“This is a momentous day for America,” Trump declared. 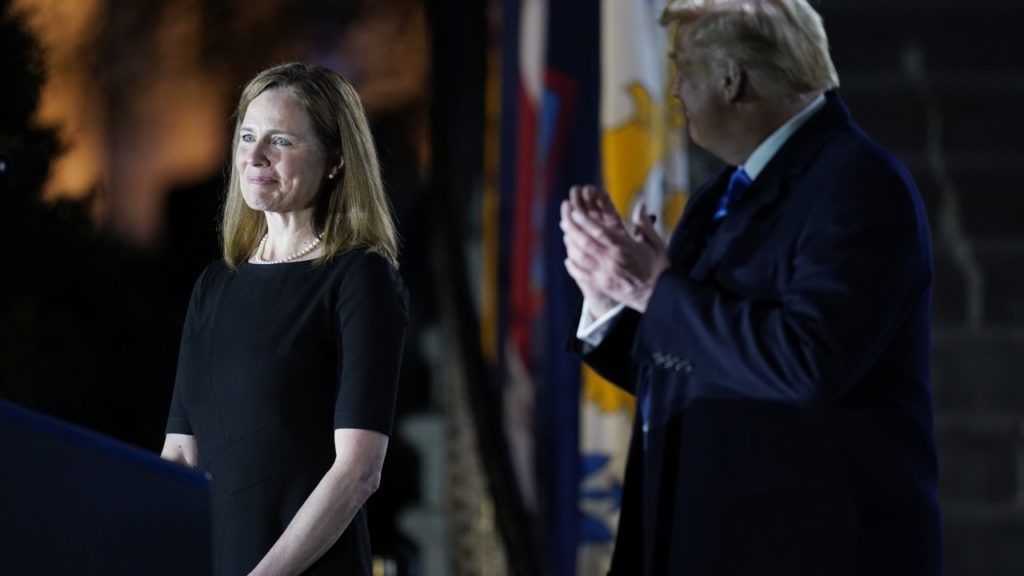 Justice Clarence Thomas delivered the Constitutional Oath to Barrett with 200 people in attendance. She will start her duty on Tuesday after a judicial oath in a private ceremony.

According to CBN News, the total votes for Judge Amy on Monday were the closest high court confirmation ever. The number of votes resulted in 52-48.

Meanwhile, worship leader, Sean Feucht, called the worship event he led at the National Mall as “divine timing” before the full vote on Amy’s confirmation. He noted that he and his team have been praying for God to raise someone who is seated in the high court with a heart against abortion. He believes she is the one. 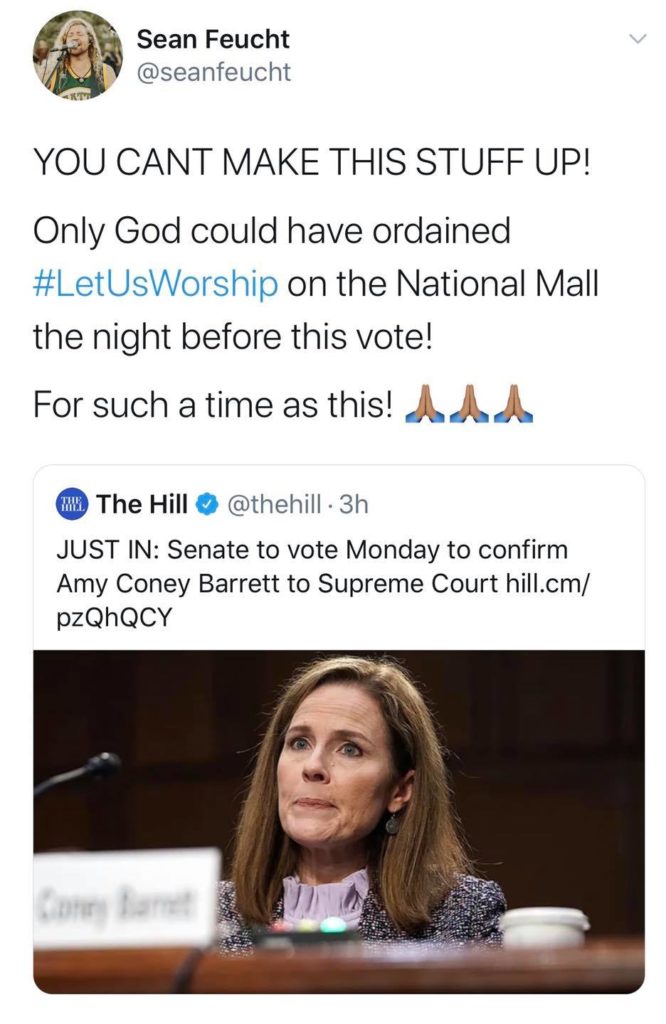 He shared on his social media page, “You can’t make this stuff up! Only God could have ordained #LetUsWorship on the National Mall the night before this vote! For such a time as this!”

ALSO READ: Judge Amy Coney Barrett States “I Believe In The Power Of Prayer” On First Day Of Hearing Confirmation 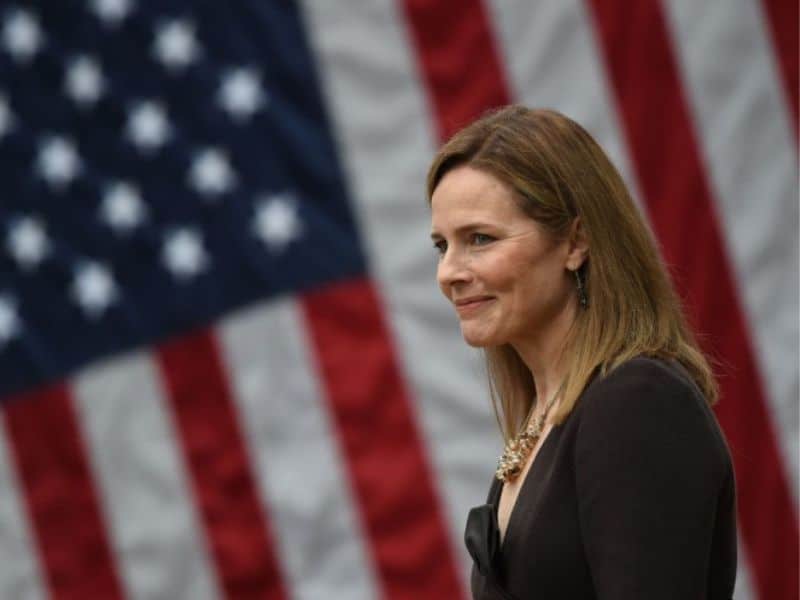 President Donald Trump nominated Judge Amy Coney Barrett to replace the late Associate Justice Bader Ginsburg. On the first day of her hearing confirmation which started on Monday, Amy boldly proclaimed in her opening statement the “power of prayer”. 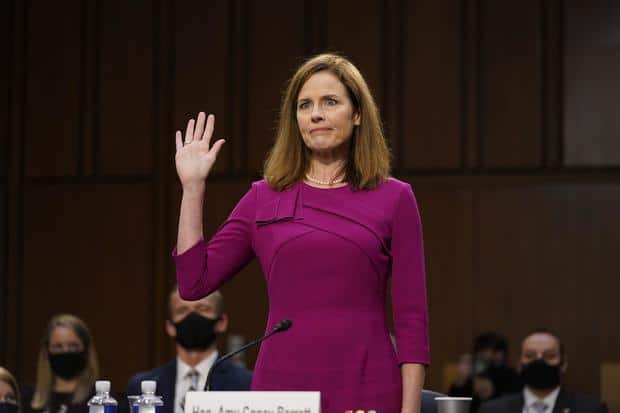 Barrett during the hearing confirmation

Amy, 48-years-old, is a mother of seven children. She serves as a circuit judge on the US Court of Appeals for the Seventh Circuit. When the seat opened for the Associate Justice, Trump personally picked and presented her.

As a woman deeply rooted in her Catholic faith, she has made no secret of her beliefs on issues such as abortion. And although the American Bar’s Association has rated her “well qualified” after evaluating her for the seat, critics question her validity. They claim Amy’s faith and her relationship with faith-based organizations may affect her rulings. But many have come to her defense saying faith should be of no issue.

During the first day of the hearing confirmation, Amy sat patiently for five hours as senators gave their remarks for the potential Associate Justice. Finally, when it was her time to speak, she introduced herself and the virtues she lives by. 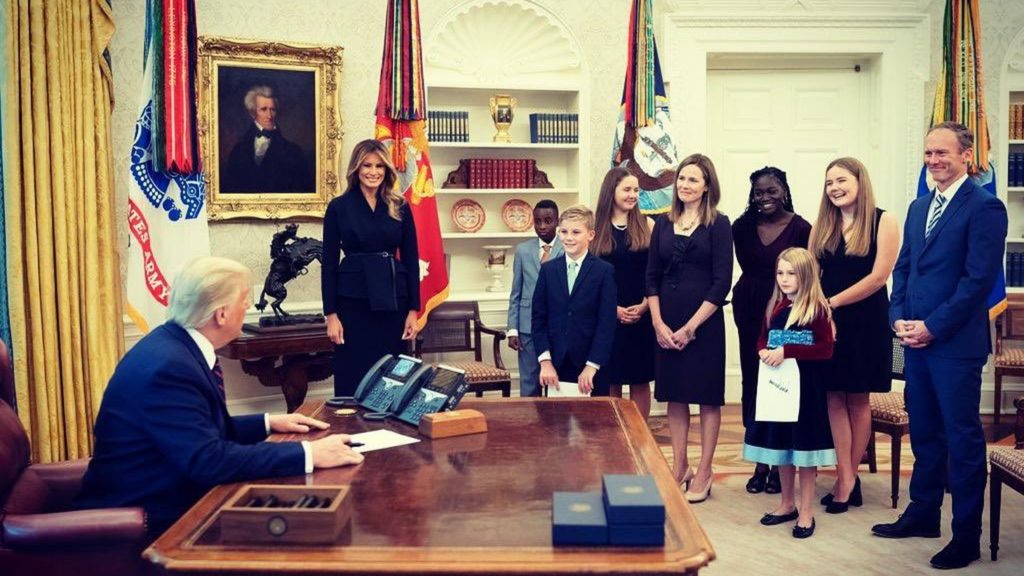 Barrett’s family with Trump and the First Lady

In her opening statement, she highlighted the importance of family. She thanked her family members present in support of her nomination. She also remembered Justice Scalia whom she clerked for in her early career. Justice Scalia influenced her positively, to be devoted to the family, resolute in beliefs, and fearless of criticism.

“In every case, I have carefully considered the arguments presented by the parties,” she said. “[I] discussed the issues with my colleagues on the court, and done my utmost to reach the result required by the law, whatever my own preferences might be.”

She explained that she makes her decision in the court “fairly reasoned and grounded in the law”. “I ask myself how would I view the decision if one of my children was the party I was ruling against,” she said. “Even though I would not like the result, would I understand that the decision was fairly reasoned and grounded in the law? That is the standard I set for myself in every case. And it is the standard I will follow as long as I am a judge on any court.”

Lastly, she humbly honors the position she was called for and pledges to fulfill the duties faithfully and impartially. “I believe in the power of prayer,” she declared. “And it has been uplifting to hear that so many people are praying for me. I look forward to answering the Committee’s questions over the coming days.”

ALSO READ: Jonathan Cahn Calls For Day Of Prayer And Repentance For America: ‘It Can’t Just Be Prayer. It’s Got To Be Repentance.’