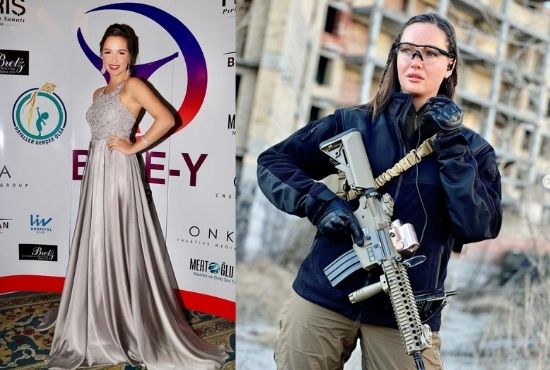 In 2015, Anastasiia represented Ukraine in the Miss Grand International beauty contest. She’s a marketing and management graduate from Slavistik University in Kyiv and previously worked as a model and public relations manager in Turkey. She can also speak five languages.

As the war between Russia and Ukraine escalated, Anastasiia became more active in social media to ask for everyone’s support for Ukraine. She showed her patriotism to her country by trading her high heels for combat boots to join the military’s fight.

In her latest post, she is seen wearing a full battle attire while holding her wielded airsoft gun. In her caption, she wrote the hashtags #standwithukraine and #handsoffukraine. 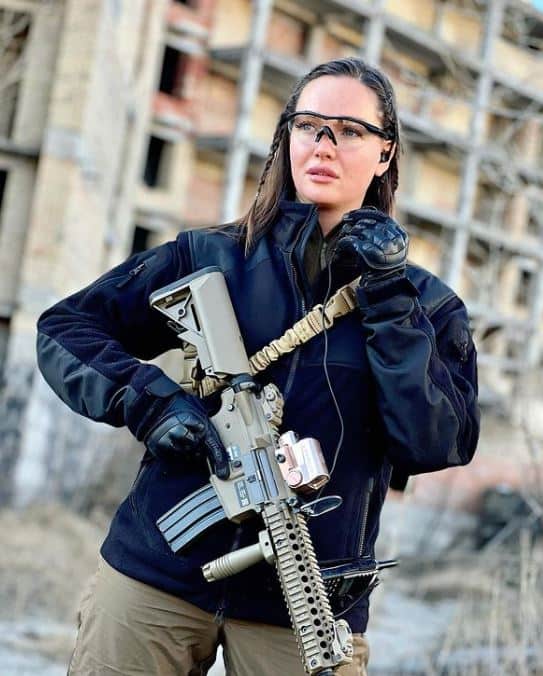 In one of her Instagram posts, she also wrote that anyone “who crosses the Ukrainian border with the intent to invade will be killed.” It was accompanied by a photo of armed soldiers blocking a road. She also posted a photo of Ukrainian president Volodymyr Zelensky with his soldiers. Anastasiia refers to its president as a “true and strong leader.”

In one of her posts, she also urged Ukrainians to remove road signs to make it difficult for the Russian troops to navigate the country.

According to reports, the 24-year-old model signed up to defend her home from the Russian invasion. In 2021, Ukraine has required women ages 18 to 60 who are “fit for military service” to sign up with Ukraine’s armed forces.

Read also: UKRAINIAN CHRISTIANS WORSHIP THE LORD AS THEY TAKE REFUGE IN A SUBWAY