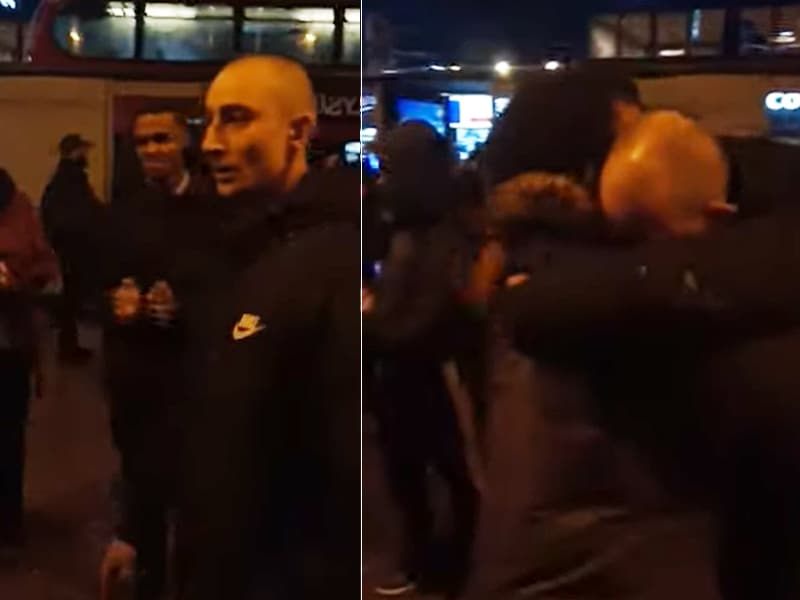 A street preacher was confronted by an angry man. A few moments later, the angry man changed his mind and had an encounter with God.

David Lynn was preaching on the streets in Canada when an angry man started to yell at him. Instead of responding with anger, David shares the love of Jesus to the man.

“He wants to reach out to you, He wants to make a message out of your mess. He wants to change you and use you,” David said to the angry man.

David then continued by sharing his testimony of how God set him free.

David kept on repeating to the man that God loves him and because of that love, his anger subsided and his countenance changed.

You can clearly see that God was doing something in the man’s life. He was being touched by God in that moment. They hugged each other and the man prayed with David to receive Christ. It was a powerful and emotional moment!

David Lynn is a Canadian pastor and street preacher who founded Christ’s Forgiveness Ministries. This ministry reaches out to Canadians to spread God’s love and the Gospel of Jesus Christ.  Let’s pray for David and those who need a touch from God!

Read also: David Hogan Recounts How His Ministry Has Seen Over 500 People Raised From The Dead