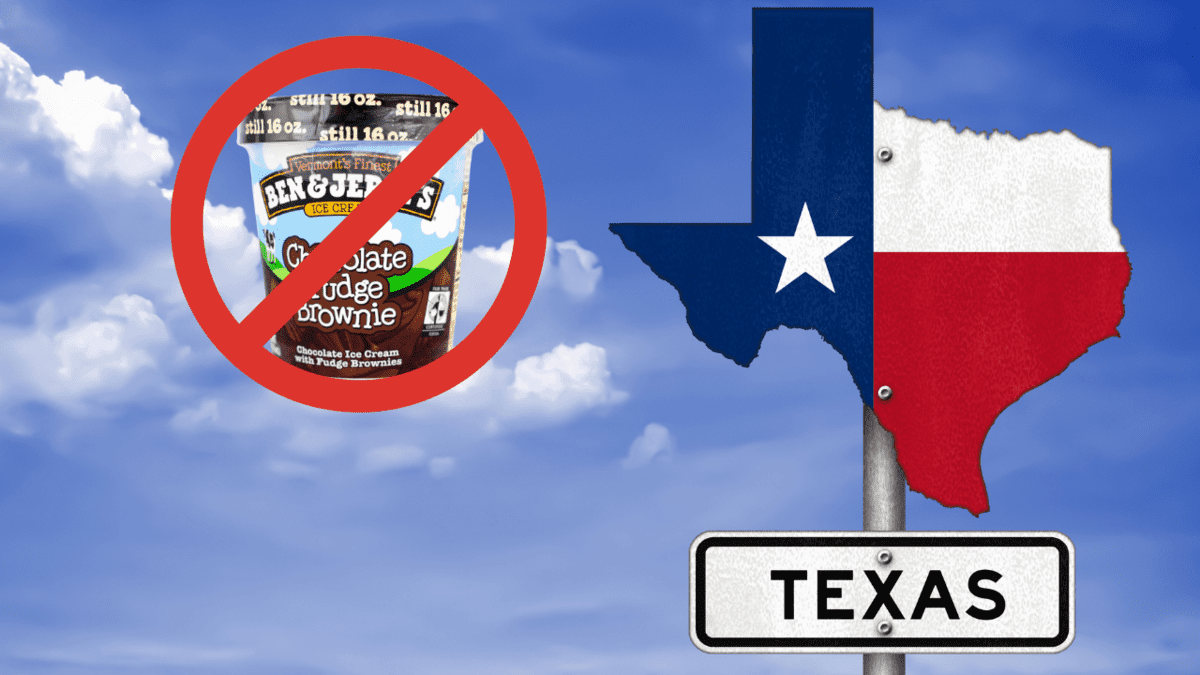 Ben and Jerry’s, Unilever Frozen Out Of 4th US State Over Anti-Israel Stance

The state of Texas announced Thursday that it would limit business dealings with Ben and Jerry’s and its parent company, Unilever, adding them to the “list of companies that boycott Israel.” The lone star state joins Florida, Arizona, and New Jersey in an economic protest of the ice cream giant’s decision to stop selling its treats in Biblical Judea and Samaria, as well as eastern Jerusalem (commonly referred to as the West Bank).

Texas Comptroller Glen Hegar said his office “carefully reviewed statements and activities by both Ben and Jerry’s and Unilever” before making the decision to add them to the list. “Texas law is clear on this issue, and my office has long supported Israel through our Israel bond holdings as well as our lists of scrutinized companies with ties to Iran and those with ties to foreign terrorist organizations.”

In July, Vermont-based Ben and Jerry’s announced that they would not renew their licensing agreement with an Israeli manufacturer because they were selling their ice cream in all of Israel, including the West Bank, which was “inconsistent with its values.” Ben and Jerry’s said it plans to find an alternative way to sell its products in Israel, just not in the “disputed territory.”

It is estimated that 700,000 Israelis live in settlement communities (otherwise known as towns) in the West Bank and in the eastern part of Jerusalem. Ben and Jerry’s boycott economically impacts not only the Jews living in these cities and towns, but the Palestinians who live and work there as well—the very people they are supposedly trying to help?!