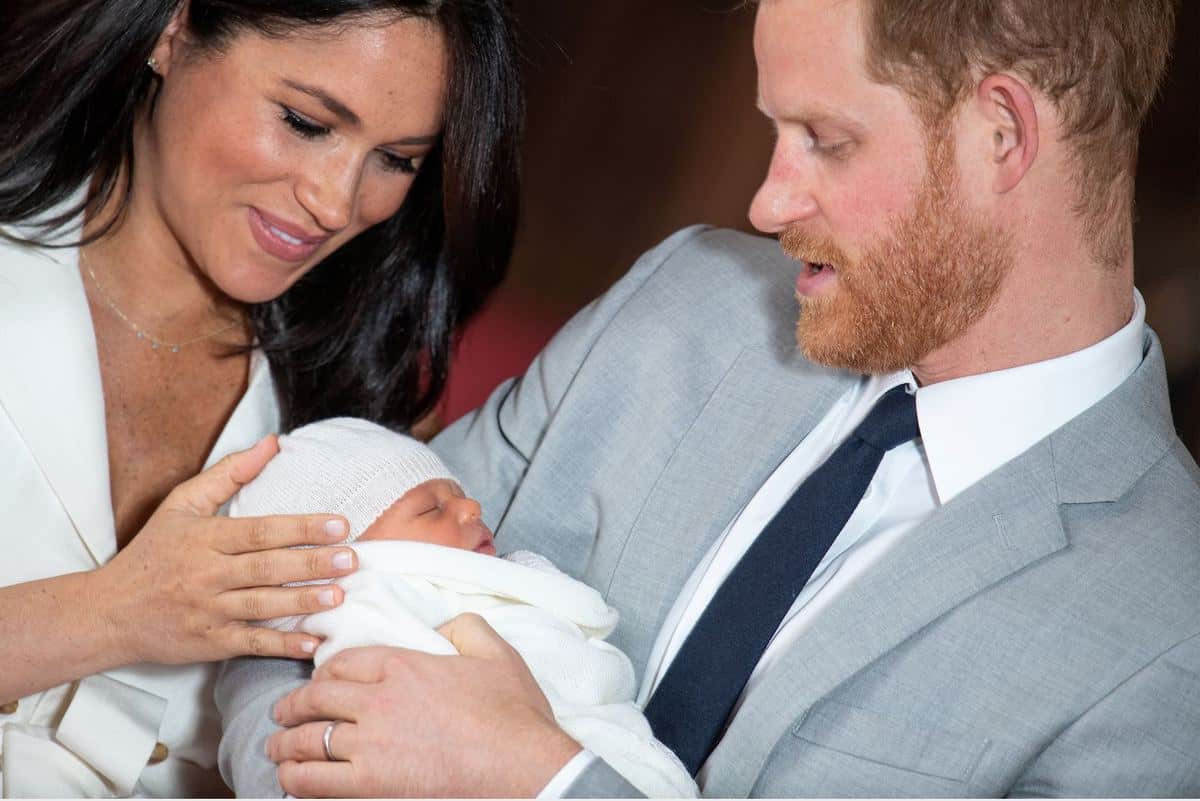 Following their fairy tale wedding at Windsor Castle a year ago Prince Harry and his bride, the former American actress, Meghan Markle were back at the castle today to reveal their baby son to the world.

They are now officially known as the Duke and Duchess of Sussex and their son, born May 6th has been named as Archie Harrison Mountbatten-Windsor. Mounbatten-Windsor is the royal family’s name stemming from Prince Phillip who was Phillip Mountbatten and the Queen is Elizabeth Windsor.

The official Instagram account for the Duke and Duchess of Sussex ©️SussexRoyal showed a family photo of baby Archie meeting his great grandparents, the Queen and Prince Phillip, along with the proud parents and grandmother, Doria Ragland.

The Duke and Duchess of Sussex are pleased to announce they have named their first born child: Archie Harrison Mountbatten-Windsor This afternoon Their Royal Highnesses introduced Her Majesty The Queen to her eighth great-grandchild at Windsor Castle. The Duke of Edinburgh and The Duchess’ mother were also present for this special occasion. Photo credit: Chris Allerton ©️SussexRoyal

Archie is usually a nickname for Archibald meaning of “genuine” or “precious” and “bold”. It is a well known traditional British name, that has been popular in Scotland though not popular in modern times. That is about to change as new parents follow the example of the trend-setting duke and duchess.

Archie is, of course, most well known for the popular comic series and British newspapers are running headlines like “Archie meets the Queen!”   The new royal baby will undoubtedly be as well known.

Many speculated the new baby may be called Spencer after Harry’s mother’s side of his family. However, he and Meghan have gone for something different. Nevertheless, Princess Diana, who the world adored would have been delighted to see this day.

We congratulate the Royal couple on the birth of their son and pray God’s richest blessing on their family.