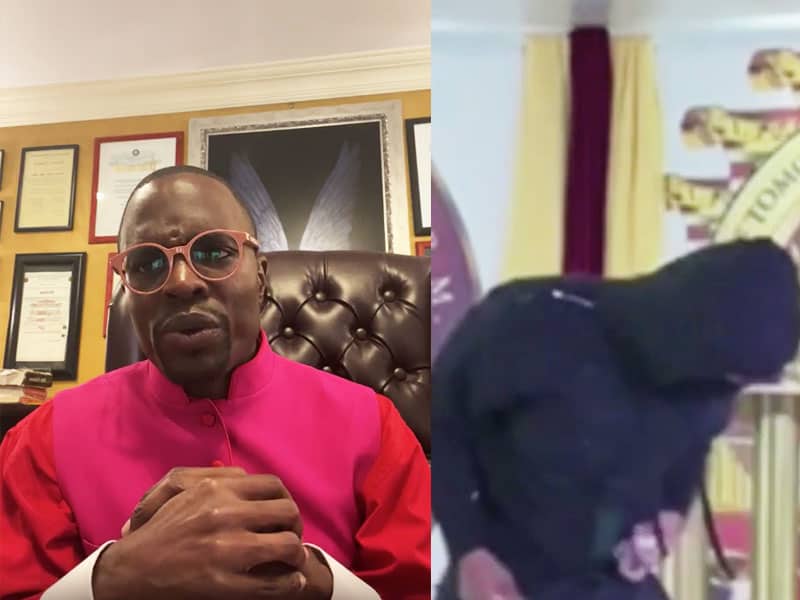 PRAY: Armed Robbers Disrupt Sunday Service And Robs From Pastor & His Wife Worth $400,000

Armed robbers disrupted a Sunday service and robbed a pastor and his wife of more than $400,000 worth of jewelry in a church in New York City in the middle of its Sunday service.

In a disturbing church live video, three armed robbers disrupted a Sunday service in New York. Lamor Whitehead, the bishop of Leaders of Tomorrow International Ministries, and his wife became the victim. 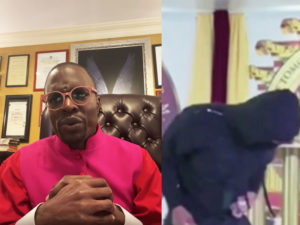 According to the report, the incident happened around 11:15 in the morning. While in the middle of the bishop’s preaching, three dangerous men dressed in all-black burst inside the church. Pastor Lamor had no choice but to halt the service and lay on the ground.

Following the horrifying moment, the bishop revealed that the incident “traumatized” the congregation. Pastor Lamor also shared what the thieves took from them—jewelry.

Later on, authorities discovered that the stolen jewelry were worth “at least $400,000” and “could exceed $1 million.”

Despite the headlines of Pastor Lamor as the victim, many criticized him for “being too flashy.” In an interview, he then defended himself from critics. He said he has the “right to purchase what he wants based on how hard he works.”

“I was born without jewelry; jewelry don’t make me,” he said. “I ain’t never scared, and I’m not up here being boastful or talking bad about nobody, but you have these women and children crying still.”

Also, the pastor gave a message to the robbers who disrupted the church. He warned and threatened them that the police officers are searching for them.

“The NYPD is searching for you,” he told them. “To run inside of a church where all we’re doing is praising the Lord … the women are still crying. My wife is crying. You did this to the church. The church where I’m sure your grandmother praised God.”

Let’s pray for all those who witnessed the horrifying robbery in church. Especially those who were traumatized by it, including the pastor, his wife, and the whole congregation.