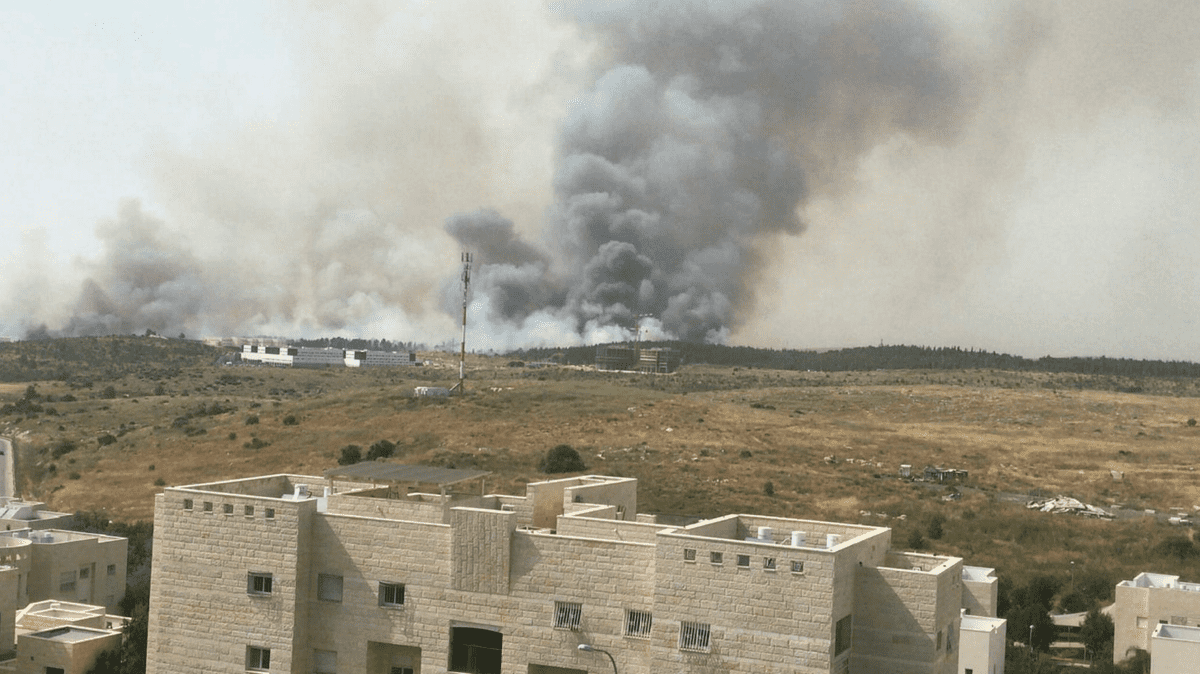 The mass blazes in the center of Israel that caused the displacement of thousands and the destruction of dozens of homes is suspected to be an act of arson, the Fire Department stated Sunday.

Teams investigating the scene at Mevo Modi’im and Kibbutz Harel have discovered that the fires were ignited at several locations, lending credence to the suspicion that the fire was ignited by arsonists.

The investigation is ongoing, the Fire Department said.

Over the course of 41 hours starting on Thursday, fires burned 32,000 acres and 50 homes in Mevo Modi’im and Kibbutz Harel. Most residents lost all their positions and were left with only the clothing on their bodies, and over 3,500 Israelis were evacuated from their homes due to fires caused by an extreme heatwave.

No one was injured by the fires, but 13 firefighters were treated for smoke inhalation.

In related news, the police over the weekend arrested three Arabs who attempted to start fires in Jerusalem as an act of terrorism.

A Police spokesman stated that while firefighters across the country were fighting fires, police in Jerusalem arrested three suspects for attempting to deliberately start fires.

The police arrested a 19-year-old suspect while he was attempting to start a fire near the French Hill neighborhood. A 15-year-old was arrested in similar circumstances in the Har Hazofim area, which borders with Arab neighborhoods and has repeatedly been the target of arson attacks.

A third suspect, 30, was also arrested for attempting to start a fire in the Kidron area.

“Investigations into those three suspects are continuing and they remain under arrest,” the police said.

Arab terrorists over the years have adopted arson as a weapon against Israel, taking advantage of the dry and hot weather to ignite fires and cause mass damage to property as well as the loss of life.