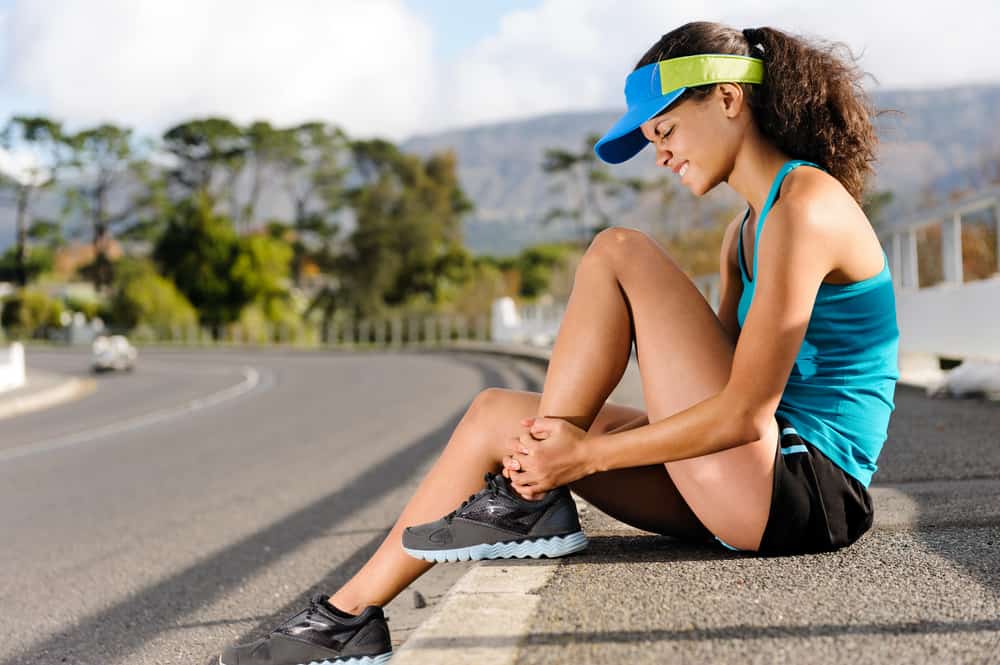 From Running Everyday to Bedridden: My Battle with Rheumatoid Arthritis and My Divine Healing

My Painstaking Healing from Rheumatoid Arthritis

I clearly remember the day it all began—how could I not? It was the day of my college graduation, and as I stepped off the stage after receiving my diploma, pain radiated symmetrically in both my knees—the harbinger of suffering to come.

I had achieved everything on my to-do list—Academic All-American in NCAA cross country, school records in track, top five percent of my graduating class, leadership in multiple organizations, and even a sweet post-college job. But as I prepared to enter the real world with nothing but a pocket full of ambition and a reliance on my own strength, God had other plans.

The Great Unknown, Where Feet May Fail

Maybe it wasn’t a coincidence that I couldn’t turn on the radio without hearing Hillsong United’s song of radical faith “Oceans.” You call me out upon the water—the great unknown, where feet may fail. And there I find you in the mystery—in oceans deep, my faith will stand. I passively sung the words, but my heart wasn’t in it. I would be marooned in an ocean, almost drowning, before I would discover God’s faithfulness.

Imagine a high-speed montage of the aging process—from a child running in the playground to an elderly person inching along with the help of a walker. Now imagine that the whole process happens in less than a year—as it did in my case. If you consider Day 1 as my college graduation, having just finished a training regimen of running 70 miles per week, by Day 365 I was incapacitated—barely able to roll over in bed.

Soon after noticing my knee pain, I was diagnosed with a severe, aggressive form of Rheumatoid Arthritis—an autoimmune disease in which the immune system attacks the joints. It’s bad enough to know that the body is attacking itself, but it’s even worse to find out that it’s a lifelong disease—with no known cure.

As an athlete, I had never noticed how much I relied on my joints—until they failed me. I refused to give into the disease and stubbornly tried to push through the pain, slogging away at whatever physical activity I could force myself to do. Usually painful sit-ups were all I could manage.

Not only was my athletic prowess under attack, but as a young professional out on my own in the turbulent waters of the real world, I faced the prospect of having to support myself even in the midst of unfathomable pain. Over the course of that year I started and quit three jobs because of the pain.

I incredulously scoffed—either they were lying, or God had forsaken me.

I was in denial about the disease but agreed to try medication. Failing one medication after another, I began to think that there would be no relief. Sobbing into my pillow, I cried out to God, Why have you abandoned me? When I heard others talk about their miraculous healing, I incredulously scoffed—either they were lying, or God had forsaken me.

Because medicine wasn’t working, I tried everything I could find on “Dr. Google.” I experimented with homeopathic remedies, supplements, dietary changes, juicing, bone broth, yoga, other forms of exercise, stress reduction, meditation, and half-hearted prayer. That’s right—I put one egg in each basket, hoping to diversify my investment “just in case.”

I walked the walk and talked the talk of Christianity, but when it came down to it, I wouldn’t put my body in God’s hands. I wanted to remain in control, and what’s more, I believed that God only cared about my soul—not all parts of me.

After spinning my wheels for over a year, I was worn out—body, mind, and spirit. After having achieved, achieved, and achieved my whole life, I had fallen off of the performance bandwagon. I wasn’t keeping up with my driven peers, and I became depressed. In the course of the year, I had entered into uncharted waters—I was no longer the student, or athlete, or achiever that I had been. So what was I?

As my disease worsened, I gripped tighter and tighter to maintain some modicum of control—but it wasn’t working. Fear continued to grip me, and one day I had had enough.

I bowed down—a physical posture that had become almost impossible—but it was my humble sign of surrender. After all, how many times had I half-heartedly prayed from the comfort of my bed? It was there—in the middle of the ocean where I was flailing—that God became my rescue.

As it just so happens, Hillsong United best puts this experience into words, “Upward falling, spirit soaring, I touched the sky as my knees hit the ground.”

A profound sense of peace settled over me, and though it would be a few months before I was declared “in remission,” I knew things were headed in the right direction. God was for me, so nothing could stand against.

A Hope and A Future

No longer was it about what I had done or what I had achieved. It was about Jesus’s sacrifice and God’s intimate care for the minds, bodies, and spirits of His people.

Even as I was still recovering, there was freedom in surrender. I had stopped struggling and flailing on my own and settled into God’s hands. I was still taking care of myself through dietary changes and exercise, but these were now rooted in love rather than an insatiable drive to “achieve” healing. A healthy lifestyle, a new medicine, and most of all, a complete daily surrender to my Heavenly Father propelled me to remission.

Out of this unimaginable pain emerged my true identity—not some performance-driven machine, but a child of God created for a purpose. As Jeremiah 29:11 declares, “For I know the plans I have for you,” declares the Lord, “plans to prosper you and not to harm you, plans to give you a hope and a future.”

That purpose? Well, this Fall—three years after my diagnosis—I will be starting a PhD program in Clinical Health Psychology with the goal of helping others discover mental, spiritual, and physical well-being—all thanks to our loving, patient, and faithful God, who is always enough.