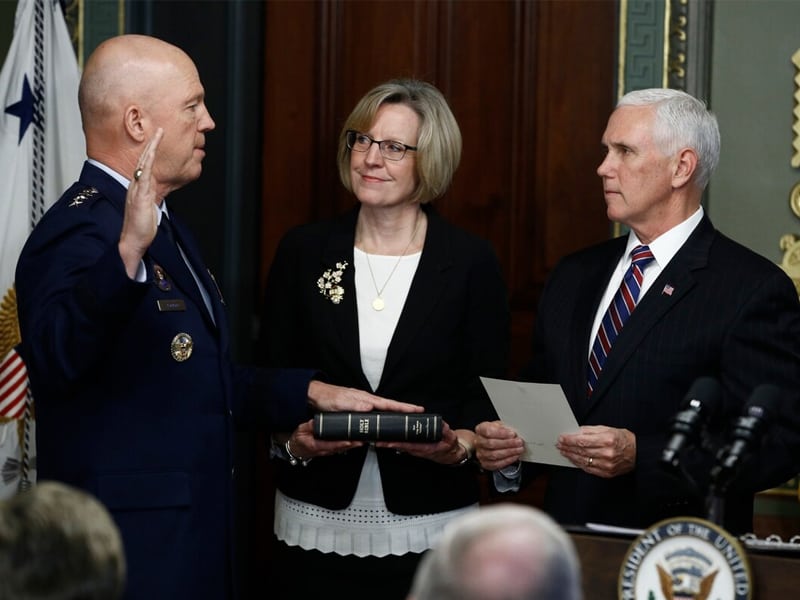 The MRFF focuses on preserving the separation of the church and state in the military forces of the United States. Thus, when the newly formed Space Forces decided to use a Bible to swear in Gen. John Raymond, leader of the Space Forces, the MRFF fumed over the decision.

On January 11, the Washington National Cathedral blessed a King James Version Bible which to be used for the swearing-in ceremony. The Bible was donated to the leader of the sixth military branch by the Museum of the Bible in Washington.

The group “condemns, in as full-throated a manner as is humanly possible, the shocking and repulsive display of only the vilest, exclusivist, fundamentalist Christian supremacy, dominance, triumphalism and exceptionalism,” Mikey Weinstein wrote in a statement.

MRFF commits to ensuring the members of the US Armed Forces have religious freedom. In short, the atheist group said that the blessing ceremony “tragically validates the villainy of unadulterated Christian privilege at DoD and its subordinate military branches.”

Nothing illegal during the ceremony

However, Mike Berry, First Liberty Institute, said that there’s nothing wrong and illegal in using the Bible for the ceremony.

“The tradition of using a Bible for swearing-in dates back to the very founding of our nation. With presidents and members of Congress doing so since George Washington,” he explained. “It is in every sense part of our historic heritage and is perfectly legal.” 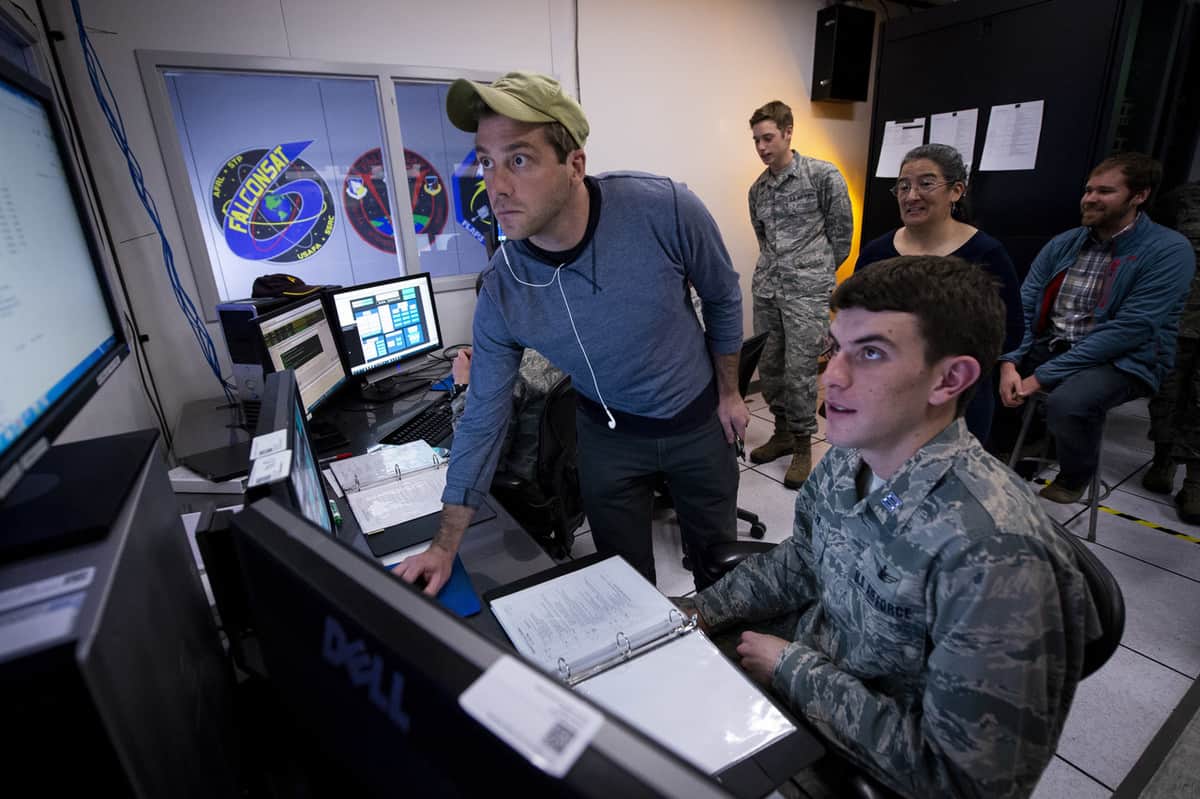 The newly formed sixth branch of the US military is a military branch that prepares for and conducts space warfare. Moreover, as of January 2020, the United States is the only nation with an independent space force. 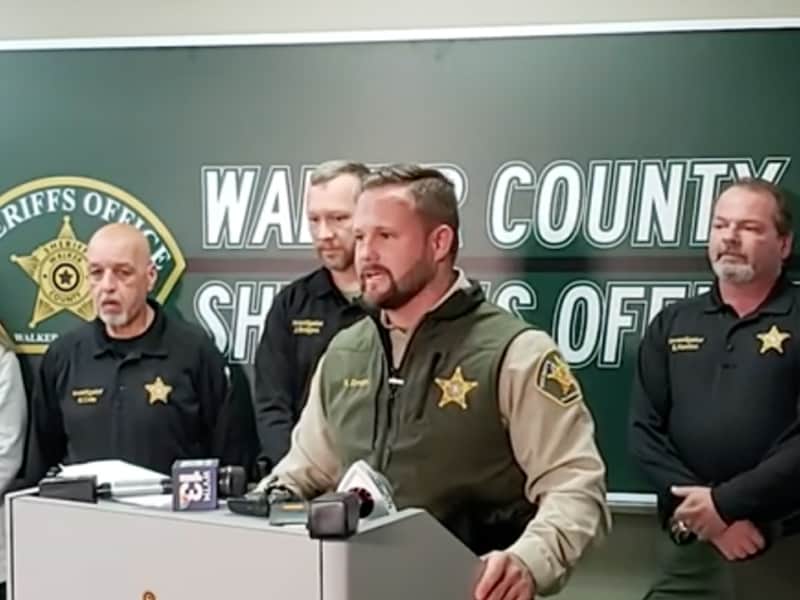 An atheist group attacked an Alabama sheriff for allegedly “using tragedy to promote” prayer, but the sheriff is not backing down.

The Freedom From Religion Foundation (FFRF) is a self-described “nonprophet nonprofit” atheist group based in Wisconsin. The group monitors and publicizes activities in the community which go against atheism, agnosticism, and skepticism.

Recently, they went after Alabama Sheriff Nick Smith after he urged everyone to pray in the wake of two tragedies. Those tragedies were the recent death of Lowndes County Sheriff John Williams and a tragedy involving a young boy and a sheriff’s deputy.

In the letter of complaint written by FFRF associate counsel Sam Grover, the Walker County sheriff allegedly disregarded the Constitution.

“The issue here is that the sheriff’s office has a pattern of using a tragedy to promote the idea of prayer and our letter reminds the sheriff, not everyone in Walker County prayers or believes in the same religion,” Sam wrote in a letter.

However, the Walker County Sheriff’s public information officer T.J. Armstrong, said that they are confident that they haven’t violated any Constitutional laws. 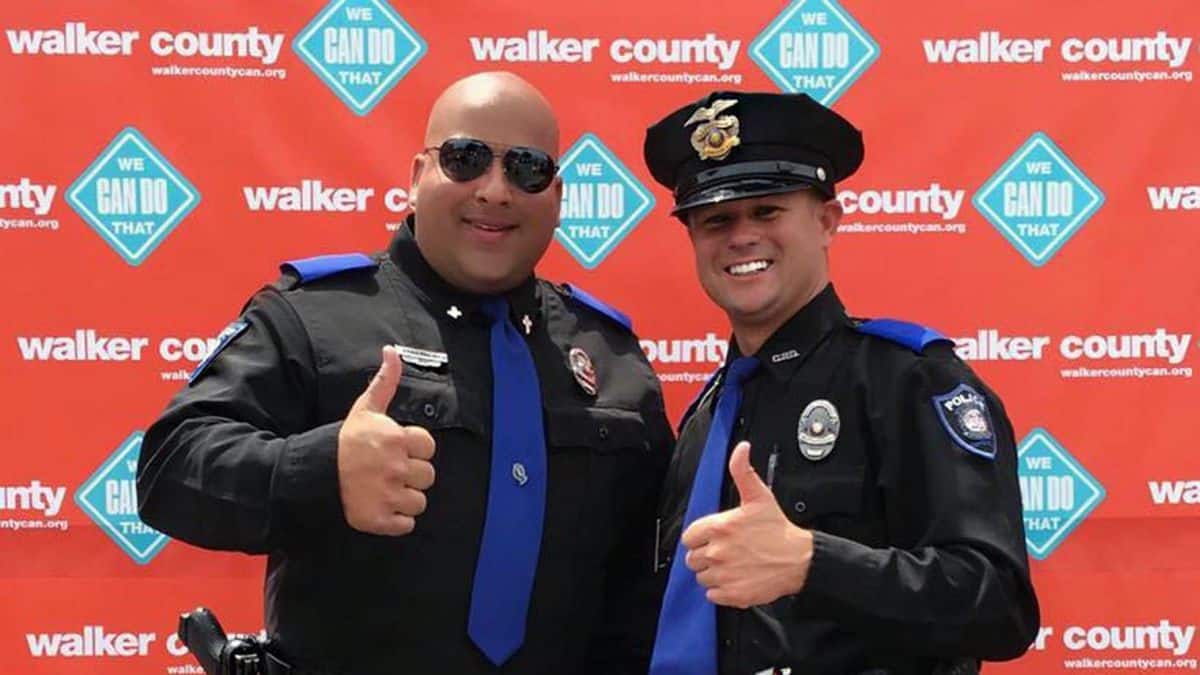 “Our response is going to be to continue to do the best we can,” T.J. Armstrong said. “We have never once received a single complaint.”

The Sheriff’s office was shocked to receive the complaint letter but that won’t stop them from being open about their faith. When asked if they would change anything after the FFRF complaint, they firmly said no.

“It’s very implicit, no,” T.J. Armstrong said. “We’re not looking for a fight. However, we will not cower down, especially when it comes to our individual faith.”

The Sheriff’s office said they would pray for the FFRF and continue to serve the people.

“We have far bigger things to do… So we’re going to pray for them and continue to serve and protect the people of Walker County, Alabama, and that’s what Sheriff Smith was elected to do.”