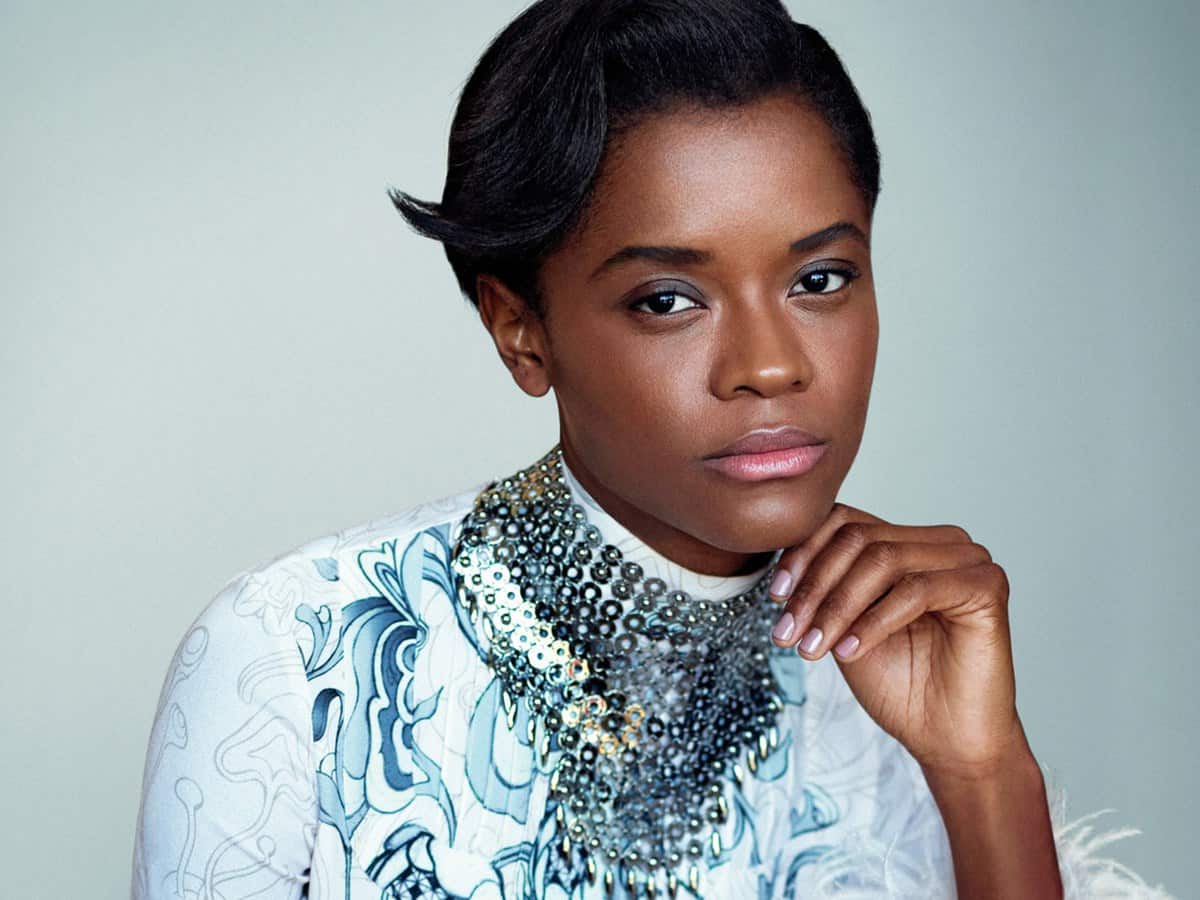 Letitia Wright, one of the stars in the hit Marvel movie Black Panther surprised journalists with her recent tweet.

Letitia rose to fame after appearing as ‘Shuri’ in the high grossing films “Black Panther” and “Avengers: Infinity War”. But even with all the success, she is never ashamed of her faith. She has always been vocal about her faith in God. That’s why it disappointed her when journalists removed her faith from interviews. 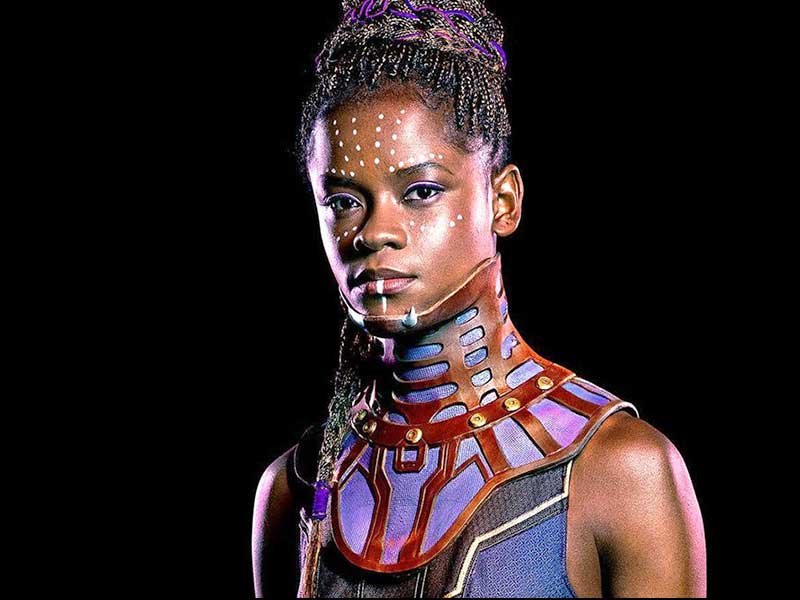 In a report from Fox News, it said she wrote in a tweet, “It’s super cute when journalists/interviewers for magazines leave out the massive part where I give God the glory for the success/achievements in my life.”

Then she ended the tweet with “Haha I still love you and God will still be praised.”

The Harper’s Bazaar identified Letitia as one of the “Women of the Year”. However, the article never mentioned her faith and the role God has in her life.

During her speech in the BAFTA (British Academy of Film and Television Arts) “Rising Star” Award, she boldly said, “A few years ago, I saw myself in a deep state of depression, and I literally wanted to quit acting. The only thing that pretty much pulled me out of that was God, my belief, my faith, my family, and an email from BAFTA saying they wanted me to be a part of the BAFTA Breakthrough Brits, and I was like, ‘Let me try again.’”

She never hesitated to credit God publicly for all the success she has achieved.

Also, in an interview with Hollywood Reporter, Letitia revealed she was suffered from depression.

According to the article, her faith was sparked by a Bible Study. The article wrote, “it was faith that rescued her from this ‘very dark place,’… Immersing herself in Christianity, she found her equilibrium. Acting, she could take or leave; she turned down a film with Nicole Kidman to focus on her rehabilitative journey. ‘I wrapped it up and was done with it, happy to do anything that was more chilled. But that’s not the way God had it with me,”” she said.

Letitia then continued saying how God guides her in making decisions especially with her career. 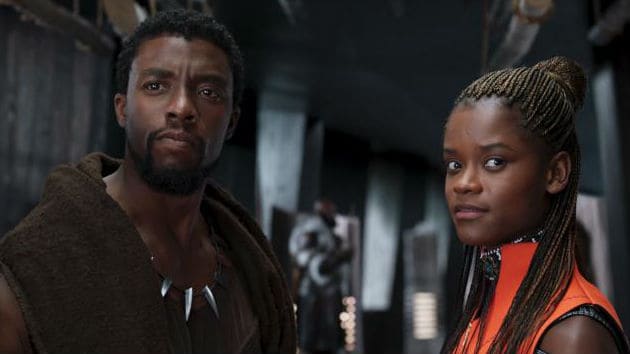 “I pride myself on keeping it the same as when I came into acting. To not just change the lane and take everything, just because it may have a big name or a big budget. Am I right for this part? Is this what I should be playing? If something feels off in my spirit, I know that’s God’s way of saying, ‘You shouldn’t do that.'”

It is very evident how much Letitia values her faith. She isn’t afraid to be a Christian in Hollywood and she won’t let others dismiss her faith for anything.

This Epic Marriage Proposal At An “Avengers: Endgame” Screening Breaks The Internet! 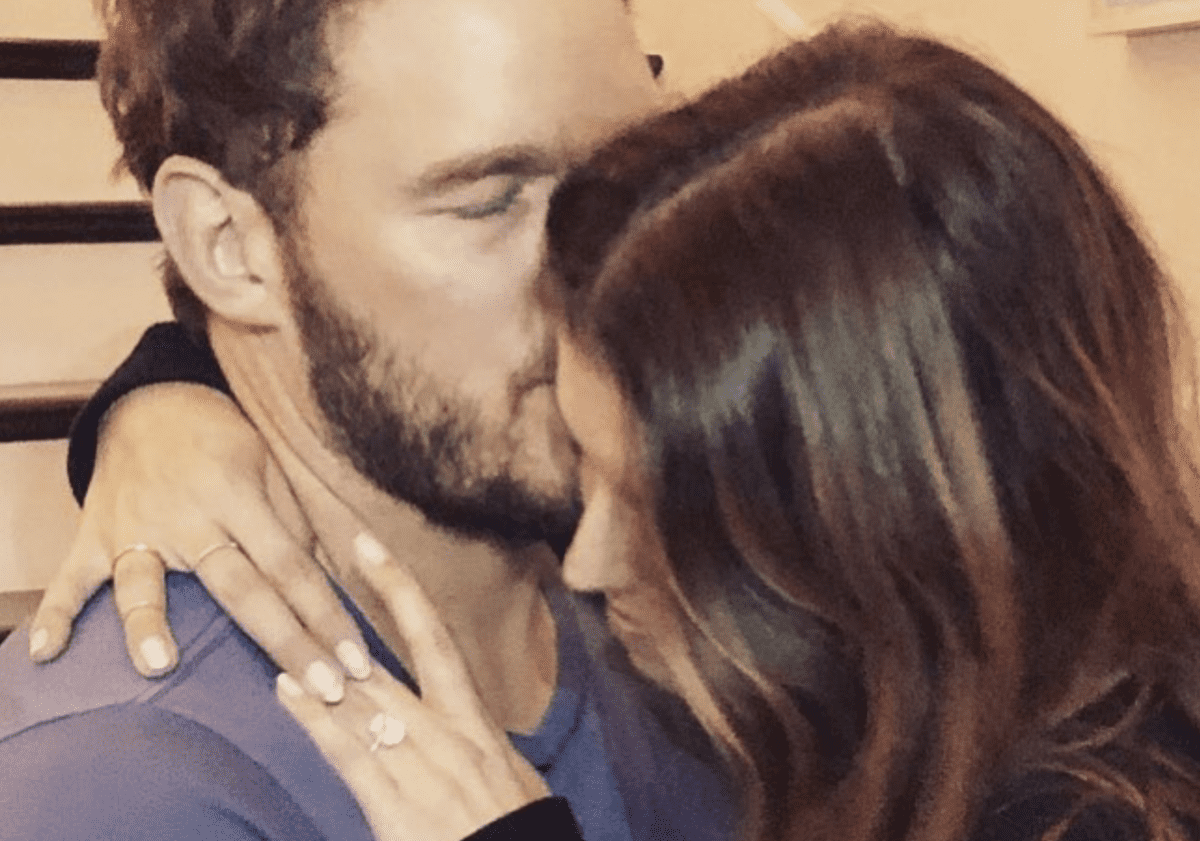 Christ Pratt just announced his engagement to Katherine Schwarzenegger to his 22 million Instagram followers. The post said, “Sweet Katherine, so happy you said yes! I’m thrilled to be marrying you. Proud to live boldly in faith with you. Here we go!”

Sweet Katherine, so happy you said yes! I’m thrilled to be marrying you. Proud to live boldly in faith with you. Here we go! ????????♥️ 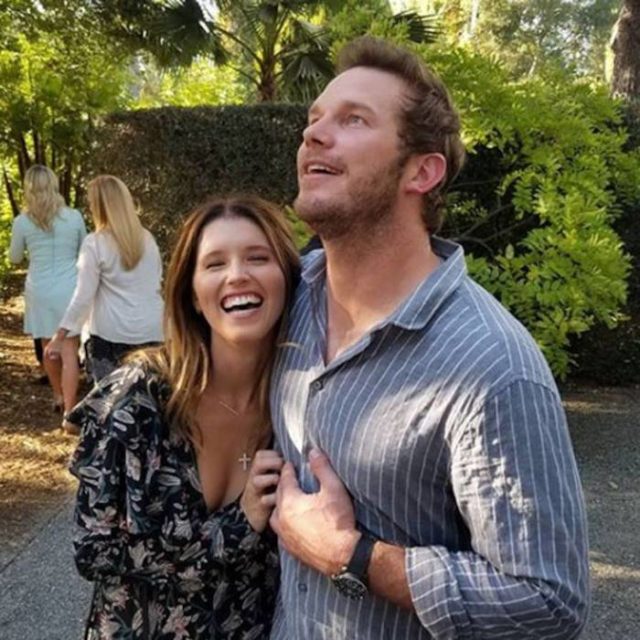 Chris Pratt is famous for his role in the Jurassic World and Guardians of the Galaxy movie franchises. He has also come under fire for being outspoken about his Christian faith, but that does not deter him.

Who is Katherine Schwarzenegger?

Katherine is an author, animal advocate and eldest daughter of Arnold Schwarzenegger and Maria Shriver and grand-niece of the late US President John F Kennedy.

She is a Christian who regularly attends church services and posts inspirational Biblical quotes, such as Rev Run’s, “God’s way is better than your way. His plan is bigger than yours, it’ll be more rewarding than your wildest dream. Now trust Him and chill.”

Katherine’s first book, Rock What You’ve Got: Secrets to Loving Your Inner and Outer Beauty from Someone Who’s Been There and Back tackles eating disorders and encourages women to have body confidence. In it she also calls for women to see a “new way of seeing what is beautiful.”

In 2014 she released a second book called I Just Graduated… Now What, which gives sound and practical advice on next steps for recent high school and college graduates.

Despite superstardom, Chris Pratt’s spiritual and life journey has not been easy. He has undergone struggles like everyone else. But even when it seems he has been knocked down he is not out. He gets back up, using his platform to share the love of Jesus to millions of people.

Chris is known to be an avid reader of Christian books, which are, “keeping his faith strong.”  He boldly honoured God in his MTV Generation Award acceptance speech in 2018, sharing 9 Powerful Life Lessons and this last December he read the true Christmas story from the Gospel of Luke at the Disneyland’s Christmas Celebration.

Chris and Katherine love their Lord and Savior Jesus. They have been attending church together, and I believe are a power team for the faith together. 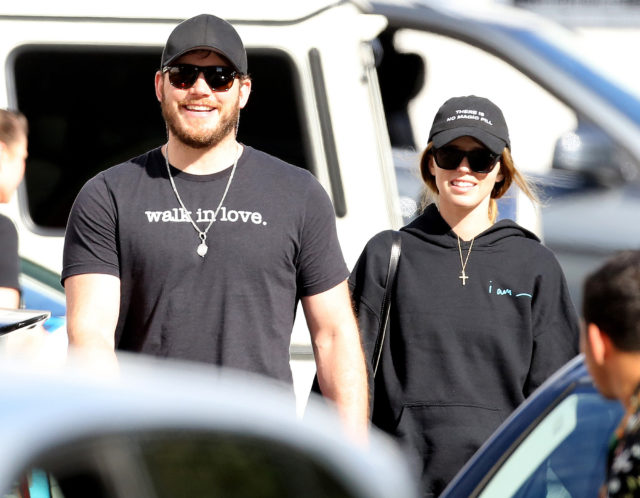 From all of us at GOD TV, we say congratulations to Chris and Katherine on their engagement! We pray God’s abundant blessings upon them as they both shine the light of Jesus to millions of people worldwide. 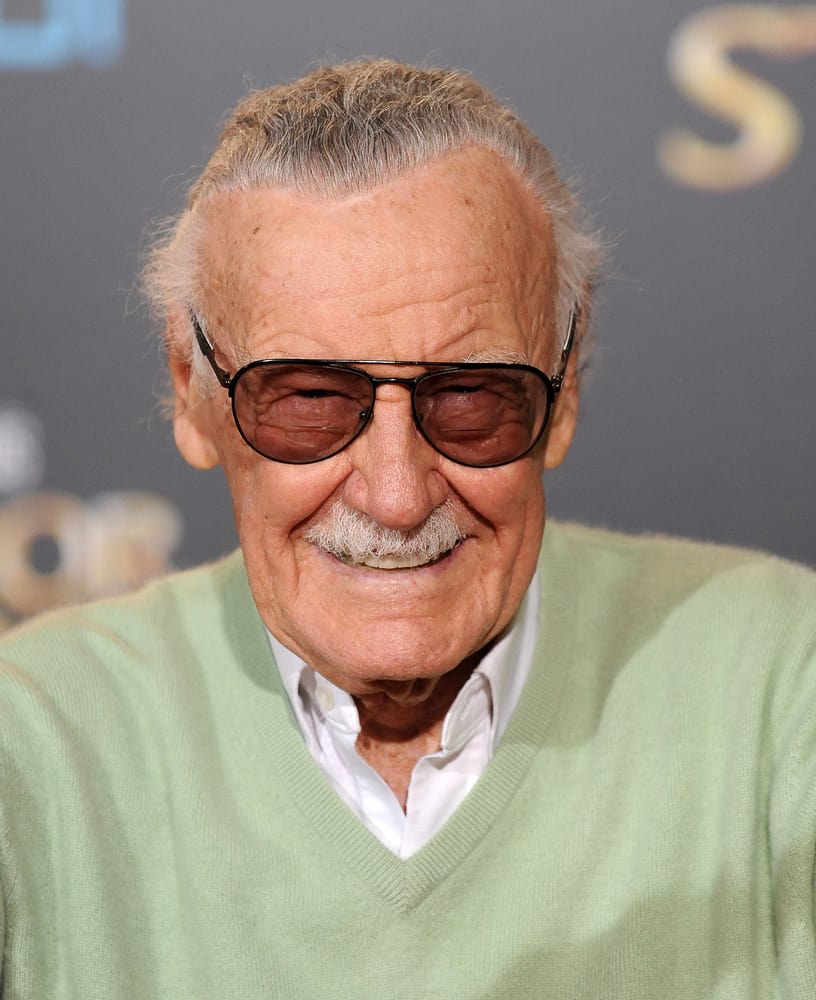 Super Hero Of The Entertainment Industry, Stan Lee Passes Away

Being a celebrated writer, editor and publisher, Stan was part of many people’s childhoods through his superhero comic book stories. Since 1939, he created and collaborated on beloved heroes such as Spider-Man, Black Panther, Iron Man, the Incredible Hulk, the X-Men and the Fantastic Four among others.

While Stan was known to be a Jewish agnostic, some of his superhero creations tackled tough topics such as politics and religion over the many years of his career. When asked “Is there a God?” he responded, “Well, let me put it this way… I’m not going to try to be clever. I really don’t know. I just don’t know.”

Hopefully Stan found the answer to that life-long question. Today we remember him for his God-given creative talents which have shown new generations of people that ultimately good triumphs over evil.

Throughout his life, Stan was a hardworking creative. It was said that his work with artist-writer collaborators Jack Kirby, Steve Ditko and others brought Marvel Comics from being a small company into the #1 largest publisher of comic books.

Stan told the Chicago Tribune, “I used to think what I did was not very important. People are building bridges and engaging in medical research, and here I was doing stories about fictional people who do extraordinary, crazy things and wear costumes. But I suppose I have come to realize that entertainment is not easily dismissed.”

Stan loved to infuse his superhero characters with power and personality. The Spider-Man and Incredible Hulk characters showed not only their strengths but also their struggles and weaknesses. Some of these may have been reflections from Stan life transcribed onto the printed and colorful pages.

Born Stanley Martin Lieber, on December 28, 1922, he enjoyed adventure books. Graduating from DeWitt Clinton High School he began stage acting. But then in 1939 he was hired by Timely Comics. In 1941 he wrote a two page story known as, “The Traitor’s Revenge.” It was originally used as filler so the magazine could ship for a lower rate. He used the pen name, Stan Lee.

Serving in the US Army he wrote manuals and training films, working alongside Oscar winner Frank Capra, and Pulitzer Prize winner William Saroyan, and Theodor Geisel of Doctor Suess fame. After World War 2 he returned to work for the Martin Goodman publishing company.

In 1961 he collaborated on creating the Fantastic Four for the rebranded company, now known as Marvel Comics. Adventure lovers everywhere loved his stories.

Stan appeared briefly in many of the more recent Marvel Comics movies, such as the Avengers movies.

He was married to Joan in 1947 and is survived by a daughter, J.C. His younger brother, Larry Lieber currently works for Marvel Comics.