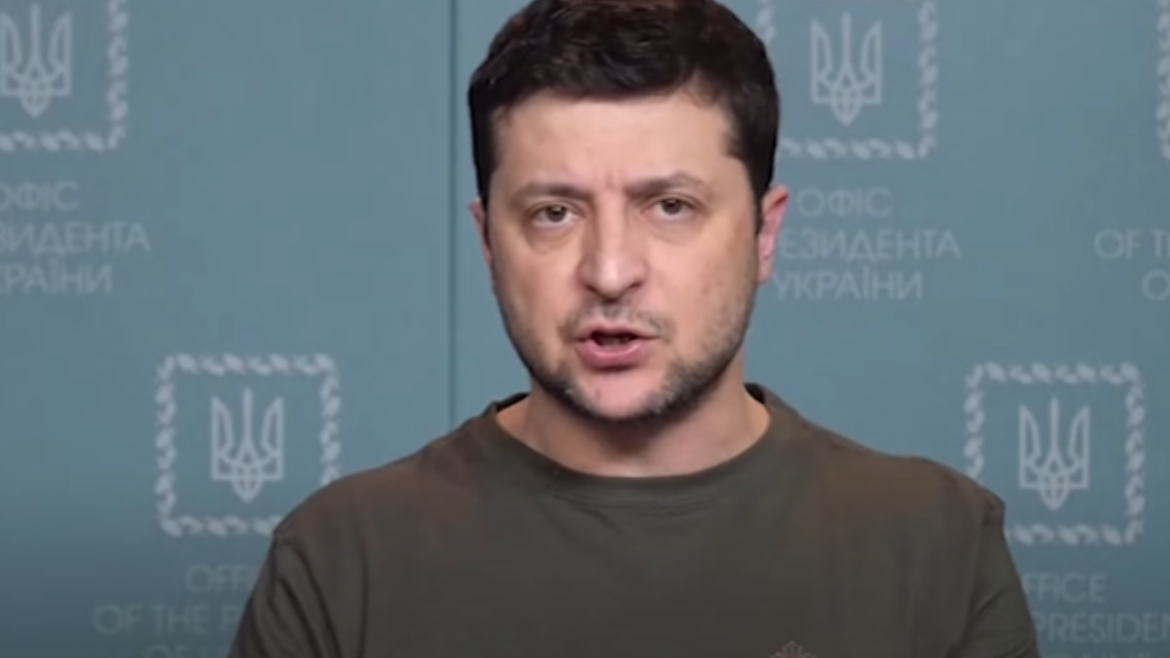 Why Has Bennett Been Slow to Condemn Putin? Is There A Method to His Madness?

As the Russian invasion of Ukraine moves into the second week of fighting, Israel’s Prime Minister Naftali Bennett is calling on world leaders to act quickly to end this war, or else he fears that Ukraine is facing “total destruction.”

“Things are looking bad on the ground right now, but it’s important to understand that if world leaders don’t act quickly, it can get much worse. I’m talking about untold loss of life, total destruction of Ukraine. Millions of refugees. And it’s not too late,” Bennett said Thursday at a CyberTech conference in Tel Aviv. “It’s the responsibility of the major players in the world to get the two sides out of the battlefield and on to the negotiation table.”

Israel has ties to both Ukraine and Russia and has been seen as a potential agent to negotiate between the two nations. He has spoken at least on two occasions with Ukrainian President Volodymyr Zelensky and Russian President Vladimir Putin during the last week. But Bennett says it’s imperative that other world leaders also step up to bring about an end to the conflict.

But Bennett has not called out Putin specifically. I participated last night in a solidarity rally for Ukraine in Tel Aviv. It was mostly Israelis from Ukraine and they did not have kind words for the prime minister. They feel betrayed. On the other hand, he is one of the few world leaders that has the ear of Putin at the moment. If he goes to too far in being critical, he may lose that channel to the increasingly erratic Russian strongman.

“I participated in five or six different conflicts as a soldier, a commander, and later on as a security cabinet member. It’s just a horrible thing. We in Israel have had our fair share of wars, and I can tell you one big lesson: Wars are easy to start and very difficult to finish,” Bennett said.

If Prime Minister Bennett has been reticent, his number two has not. Yair Lapid, who has become the most powerful and influential foreign minister since Abba Eban, who held the post for eight years, including during the Six Day and Yom Kippur wars. Lapid has blasted Russia for breaking international law in the Ukraine invasion. It is likely that Bennett and Lapid, who appear to be close, have coordinated the good cop, bad cop diplomacy.

Earlier this week, Russia bombed the main Kyiv television tower, killing five people and knocking out some channels but leaving the structure intact. However, the TV tower was adjacent to the Babyn Yar Holocaust memorial, and the site suffered damage, including a fire. The Babyn Yar memorial rests over the mass grave of 34,000 Jewish people who were executed by the Nazis and some local collaborators at the beginning of World War II.

Ukrainian President Zelensky, who is Jewish and had family members die in the Holocaust, immediately called on the world to wake up and respond to the desecration and Russia’s actions.

“To the world: what is the point of saying ‘never again’ for 80 years, if the world stays silent when a bomb drops on the same site of Babyn Yar? At least 5 killed. History repeating.”

Israel’s Foreign Minister Yair Lapid said Israel would help repair whatever damage was caused to the site. Lapid “denounced the damage” to Babyn Yar and called “for the sacred site to be protected and honored” but stopped short of calling Russia out on it.

In a news conference on Thursday, Zelensky indicated that he does not think Israel is doing enough to help Ukraine fend off the Russian invasion. He said he appreciates the “nice” photo of people praying at the Western Wall, draped in the Ukrainian flag, but he is looking for more, especially from Israel Prime Minister Bennett.

“We have a good relation, really, but everything is tested at times like these, these tense times when you need a lot of support. I spoke to [Bennett], we have a diplomatic relationship, but I’m not feeling he is wrapped in our flag.”

Another reason Bennett has been slow to criticize Putin is the tightrope we are walking in this conflict. A chief consideration is that Russia controls the skies over Syria, and in order to maintain peace on that border and deal effectively with threats from Hezbollah (Iran’s proxy there), we need to remain on good terms with Putin. Bennett may feel that he can’t risk Israel’s security, just to condemn a man who is already about to be tried by the International Criminal Court. However, there is a large Jewish population in Ukraine, and Ukraine is a small democratic nation standing up to a tyrannical communist giant…and David and Goliath situations are something Israel is very familiar with.