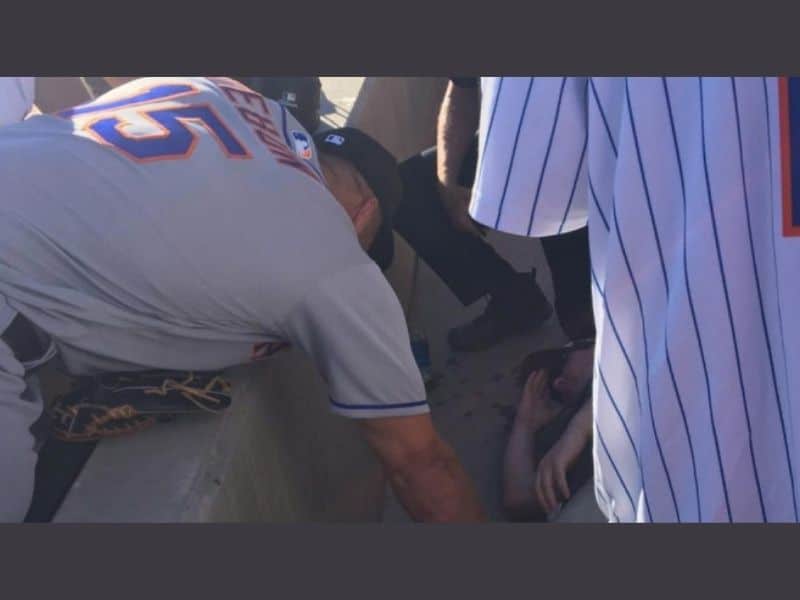 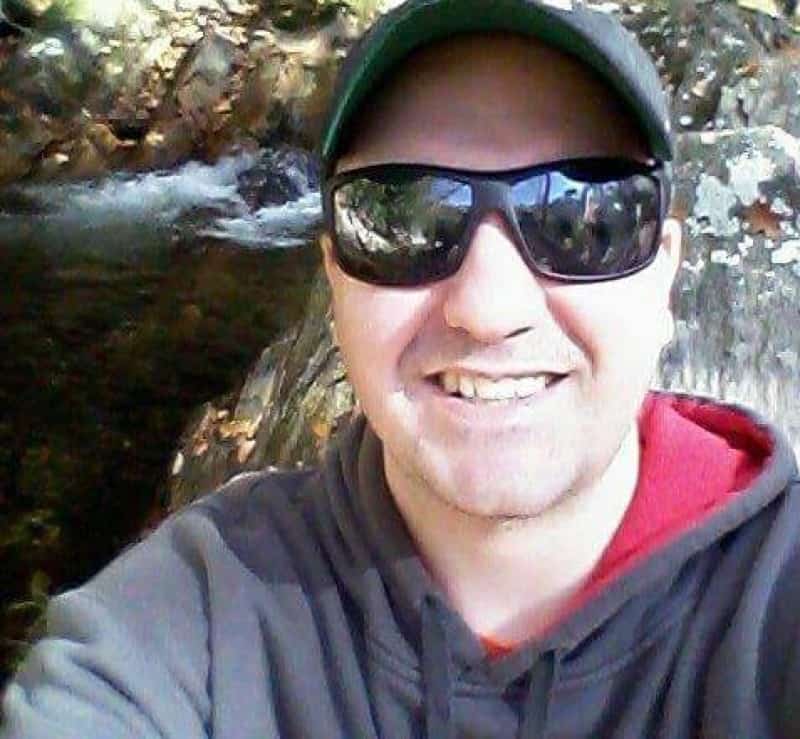 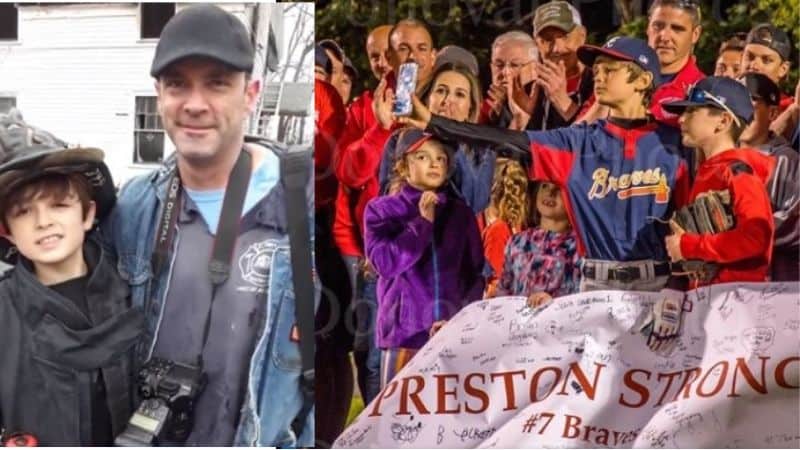 This firefighter father couldn’t attend his 11-year-old son’s first little league game, but what happened next was a beautiful picture of love, support, and solidarity.

Hundreds of Lieutenant Glenn Preston’s co-firefighters from Danvers, Massachusetts showed up in unity to attend his son first little league game on his behalf. 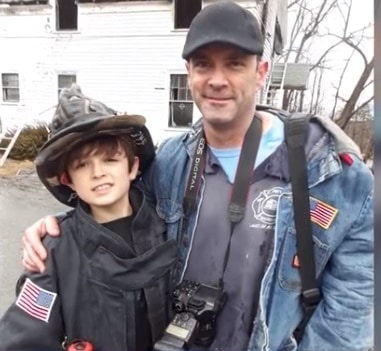 Lieutenant Glenn Preston is a 42-year-old firefighter from Danvers, Massachusetts who is currently battling lymphoma; a form of cancer that is found in the blood. He is the father of this sweet 11-year-old boy, Jake Preston and unfortunately, because of his condition, he had to miss his son’s first little league game.

But that didn’t stop him from showing how much he valued his family – during his son’s first little league game, hundreds of his co-workers showed up in support.

“All I wanna do is live, beat this, be able to walk my daughters down the aisle” he said. “Not be in a box. I want to get back to work, be a fireman again” he added.

This Firefighter’s Battle With Cancer

The lymphatic system (where the lymphoma finds it’s root) is the “germ-fighting network” part of the body. It includes the lymph nodes or lymph glands, thymus gland, spleen, and bone marrow. It can affect all of these areas as well as other organs throughout the body.

The thought of missing his son’s baseball game because of this disease saddened his so much that he asked his co-firefighters from his department to attend the baseball game – and in full uniform! 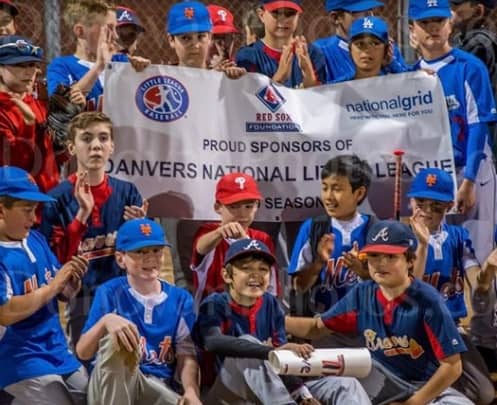 Unbeknownst to him, hundreds of firefighters from over 53 different departments ended up attending the game to show their love and support.

“As an 11-year-old, he’s going through stuff now that no 11-year-old should go through. I just wanted his son to understand how much people truly care for his dad” – Boston’s fire Lieutenant Roger Kendrick.

“[Preston]’s devastated that he can’t be here and I told him that we would get it done and not to worry… I think it shows the goodness in people and what can be done when you really care about somebody,” he added.

11-year-old Jake couldn’t believe what he saw while walking out onto the field to play his first game – Hundreds of his dad’s colleagues sitting there in full uniform, just for him!

“It’s just part of the brotherhood” 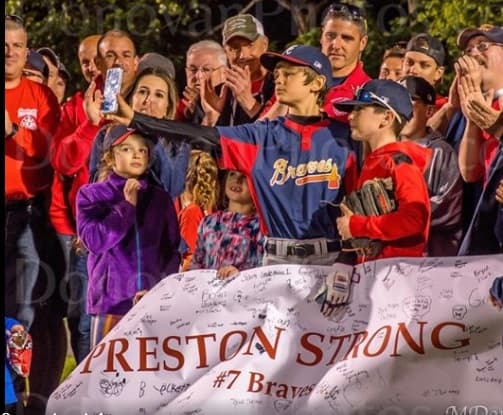 Lieutenant Preston’s co-workers have promised to attend every single one of Jake’s games until he is able to recover.

“This isn’t really about Glenn anymore; this is about his 11-year-old son who has to grow up way too fast,” Kendrick said.

“Hopefully someday he’ll be able to look back and that and say, ‘Geez, these guys really love my dad, my dad is a great guy,” he added.

“That’s just priceless to me… It takes all the pain that I have, and it makes it gone, almost. I just wish I could be there,” he said.

These firefighters are true heroes! Not all people have the kind of heart that they do.

We pray for Lieutenant Glenn Preston, for his quick and full recovery and may this troop be truly blessed and able to serve their community for many more years to come!