BREAKING
Catch a Ride on a Shared Scooter—“Micro-mobility” Coming to Tel Aviv Next...
Israel Military to Conduct First-ever Simulated Strike on Iran
‘Injury to the Heart of Iran’: Details on the Life and Death...
STAND WITH UKRAINE
Home Tags Posts tagged with "BBC Anti Christian Bias"
Tag: 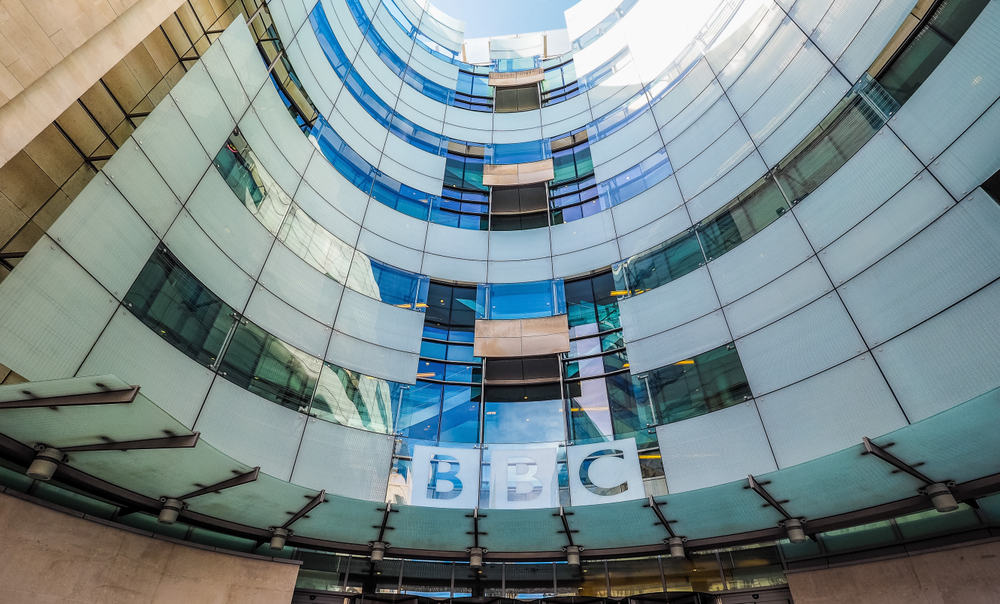 Does the BBC have an anti-Christian bias or problem with Christianity?

An Open Letter to the BBC

I mix with many people in many different church circles and there is a consensus that the BBC has a problem with Christianity, to the extent that it is taken for granted that there is an ‘anti-Christian bias’. I realise there are problems with this phrase, not least because it implies a deliberate and organised discriminatory policy which I’m not sure is actually the situation. Nevertheless, for convenience I will let it stand.

I’m also well aware that the words ‘Christianity’ and ‘Christian’ include a wide spectrum of beliefs and I have no brief to defend some of its extremes, whether fundamentalism on the one hand or liberalism on the other. My concern is that what we might term mainstream, Bible-based, ‘traditional’ Christianity, which represents both the core of Christianity in the UK and that area of most rapid growth, is either under-reported, misreported or merely selectively covered by the BBC, whether that be on the radio, television or digital media.

I’m also well aware that there are instances of thoughtful and sensitive portrayals of both Christians and Christian issues, for instance recent episodes of Call the Midwife. I should say that I am not one of those viewers who sits, clipboard in hand, sternly noting offences against the faith. I like my entertainment and education to be just that. I am also aware of the most interesting BBC Religion & Ethics Review December 2017 and appreciate that you evaluate what you do.

As a final preliminary let me mention that I am well aware of the peril of spiritual nostalgia and am trying to speak about the present, not the past. The tide began to go out long ago on the ‘sea of faith’ and there is no point lamenting its departure. There are, however, intriguing signs that the tide has turned and, given that a flood tide is more deadly than an ebbing one, it’s no bad time for the BBC to be asked to face issues.

A bias at the BBC against the faith and the faithful

If it is assumed in ‘Christian circles’ that there is bias by the BBC against both the faith and the faithful, I find no consensus on why this is the case. Explanations range from a (possibly literal) takeover of Broadcasting House by satanic forces to, more prosaically, a simple lack of corporate courage within the organisation to swim against the turbulent currents of present-day culture. My own feeling centres on the belief that, having been founded on firm Christian principles by the domineering figure of Lord Reith, it was probably inevitable that, sooner or later, the cultural pendulum would see the BBC swing into sceptical liberalism. The problem is that our current age of multiculturalism has produced a situation in which there is little desire to see the pendulum swing back to some sort of more balanced attitude towards our faith. Nevertheless, whatever the correct analysis, the fact remains that many of us who are Christian leaders find sins of omission and commission at the BBC.

In terms of omission, we find that the role of Christianity in the life of an individual or in history is, all too frequently, conveniently overlooked. Although, as I mentioned, I do not keep records of specifics, let me cite two instances. One is the BBC’s treatment of the limbless Nick Vujicic, a remarkable man who Wikipedia describes in its first line as ‘a Serbian-Australian Christian evangelist and motivational speaker born with tetra-amelia syndrome . . .’ Mysteriously on the BBC website – in the article The man who leads with no limbs – all reference to his Christian faith has been removed. Another instance is the omission of Usain Bolt’s firm Christian faith in a lengthy biographical treatment of him at Rio Olympics 2016: Usain Bolt – the world’s fastest man by those who know him best.  Is this wilful bias or simply a lack of courage and truth to name what motivates these individuals? These are not unique cases. I’ve come across references to organisations and individuals that I know to be Christian where this most fundamental element in their existence is quite simply overlooked.

The Church, the Bible and Christian ethics have gone missing

More subtly, in historical programmes there is all too frequently the airbrushing out of Christianity. Possibly in an effort to make situations and individuals more accessible and sympathetic to the modern mind, the role of church and faith in determining both the culture and the actions of individuals is downplayed. The church, the Bible and Christian ethics almost always seem to have mysteriously gone missing, Photoshopped out of history. It does not have to be so. A positive example here is Series 2 Episode 6, ‘Vergangenheit’, of Netflix’s The Crown which shows Queen Elizabeth II grappling with issues of faith and forgiveness and has a sympathetic portrayal of Billy Graham preaching. Many who have watched it have said that this was precisely the sort of thing that the BBC dare not now produce. For the best part of 2,000 years the Christian faith in some form or other has governed how the people of the United Kingdom thought, spoke and acted. Men and women attended church, said prayers, uttered grace before meals and, whether they followed the tenets of the church or not, they at least considered them. To reject that role for Christianity is to deny history.

“For the best part of 2,000 years the Christian faith  has governed how the people of the United Kingdom thought, spoke and acted. To reject that role for Christianity is to deny history.”

The omissions continue in the realm of politics. The recent elevated role of the Ulster Unionists in British politics has drawn attention to them and their beliefs. Although I hold no brief for many of the cultural manifestations of Ulster Protestantism, these people are not the cultural Neanderthals that they seem to be portrayed as. The reality is that they are holding beliefs that were universal tenets of society across the whole of Britain only a few decades ago. Equally it seems to have become almost universally accepted that to be an American evangelical is to be a climate-change-denying Trump supporter somewhere well to the right of Jacob Rees-Mogg. It is not that simple.

In terms of sins of commission, again one finds a reluctance across the BBC to deal with the sort of living faith within mainstream Christianity that, in reality, predominates. Whether it is from ignorance or from a lazy disinclination to investigate contemporary Christian culture(s) we constantly stumble over stereotypes. So we come across the bumbling and inoffensive ‘More Tea Vicar’ cleric who is clearly related to Mr Bean; the sort of edgy figure apparently portrayed in the current drama Collateral who is a lesbian vicar in a relationship with a drug-taking illegal immigrant; or (perhaps increasingly) the naive ‘happy-clappy’ charismatic, untroubled by reality of any form. Where are the mainstream figures? Those people – doctors, teachers, MPs, mothers, even vicars – who have a conventional, thoughtful Christian faith and who happily live it out in their daily lives? I’m not asking for perfection but I would like representation.

This distortion and misrepresentation of the faith extends to such things as ‘Thought for the Day’ where there seems to be a preference for bland homilies from clerics who believe less than their parishioners. Where are the church leaders, thoughtful and engaging with culture, whose church membership runs into thousands? And I could list more: orphanages, works with refugees or abused women, environmental projects – all motivated by the Christian faith.

The BBC prefers other religions over Christianity

Here I must, with reluctance, raise two difficult topics that highlight the problems with the representation of Christianity. The first is the BBC and Islam. Were the neglect of the Christian faith part of a universal disregard for spirituality or religion then our complaints might be muted. But it is not so. There is a general consensus amongst Christians that, in contrast to an almost untouchable Islam, we are ‘fair game’. Indeed there is a perception that if someone wants to make a dig at religion in general then we are the people that they choose to attack. Clearly, while the policy of turning the other cheek to one’s aggressor (Matthew 5:39) may have biblical authority, it’s evidently not the wisest of strategies in dealing with the media. It’s impossible to imagine the BBC producing any sort of programme that examined the origins of Islam or the Quran with anything like the severity with which Christianity or the Bible is treated. Mind you, the attacks on Channel 4 for producing Tom Holland’s Islam: The Untold Story suggest that to do that would require considerable courage. But there is a widespread sense of unfairness. So, for example, Christians in politics are criticised for merely holding the opinion that gay sexual activity is unacceptable but Muslim politicians are not asked whether they reject the action of stoning such people. Something approaching a level playing field would be desirable.

The BBC has a disproportionate focus on a liberal agenda

The second is the whole complex area of LGTBQ issues. I’m anxious not to weigh in on the rights and wrongs in this area but simply to point out that within the BBC there seems to be a disproportionate focus on such matters compared to those of faith. Yes, LGTBQ matters are on the frontline of the liberal agenda. But that liberal agenda is far from being a universal one. Here one has sympathy with those critics of the BBC who say that it is really a manifestation of The Guardian in other forms. I note that in the BBC Religion & Ethics Review December 2017 there is the concession that ‘there is a perception among some religious stakeholders that the BBC has a more secular culture than the UK as a whole’. In that tersest of Christian comments, Amen!

What are Christians asking from the BBC?

Can we be treated seriously? Please?