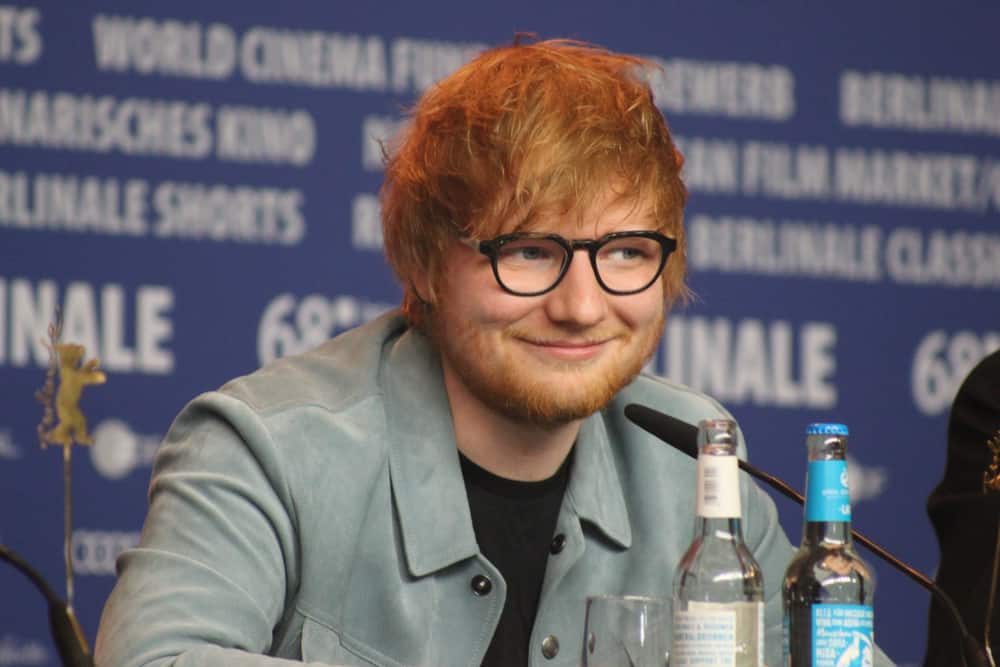 ‘Being Weird is a Wonderful Thing!’ – Ed Sheeran

How British music sensation, Ed Sheeran found success after facing many challenges is one of the most inspiring stories that could bring hope to a starving artist or unpopular kid. That’s why he believes in being yourself rather than following the crowd or hiding your differences. Despite winning two Grammy awards, he recently said – “My most prized award is for raising awareness on stuttering.”

As a kid Ed had surgery that went wrong and left him with a lazy eye and severe speech problems. At school, other kids mocked his stutter, bright ginger hair, and large National Health glasses, but for all that Ed realised he had a special talent for music, and at a young age started to write his own music and lyrics. And, as time passed his stutter gradually faded.

“Success is measured not so much by the position that one has reached in life as by the obstacles which he has overcome while trying to succeed.” – Booker T. Washington.

In his teens Ed realised he must follow his ‘Dream’ – He spent every spare minute writing songs and practicing his guitar. He never gave up, and moved to London. Being on the road was tough, and when he couldn’t find a sofa for the night he had to sleep in parks or on the subway. He said. “When I had no money for food, I really wanted to give up! But I didn’t.”

He knew that if he wanted to make it big, then he had to go to America, and arrived in LA without a recording contract, or a place to stay. He sent his music to anyone who would listen, and eventually got booked to do a radio show. The host shoved him up onto the stage, and he was terrified!

Slowly the audience began to smile and sway with the music, and he got a standing ovation. The radio host, Jamie Foxx,was so impressed he let Ed use his recording studio. Soon Ed received a call from a singer who asked him to go on tour with her. The singer’s name was Taylor Swift!  After years of hard work he finally got his big break and his last album debuted at number one in 14 countries, and his songs and videos have been streamed billions of times on Spotify and YouTube. 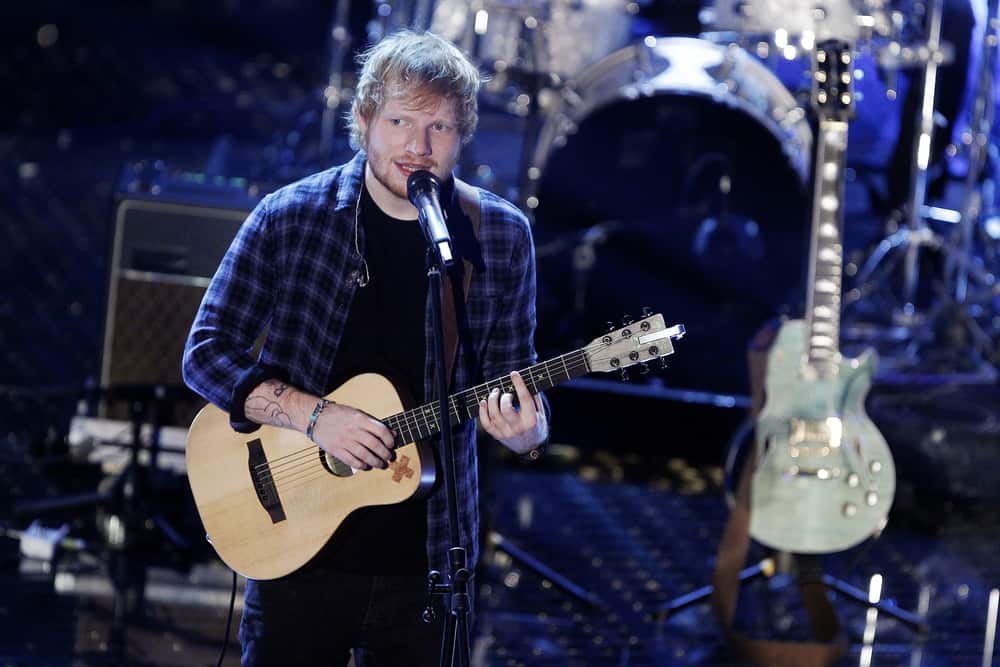 Ed Sheeran’s song ‘Perfect’ has been recorded with as a Christian makeover by Gospel artists including Beckah Shae and Damien Horne. I can only guess what Ed Sheeran thinks of this, just maybe he asked: “I wonder if there really is a God?” For the lyrics are gently searching, morphing into the deep recesses of the mind with God’s Grace, mercy, and amazing love. Beckah also recorded a remake of Ed’s chart smashing song ‘Shape of You,’ transforming the single into a Christian worship anthem.

“So shall My Word that goes forth from My mouth; It shall not return to Me void. But it shall accomplish what I please. And it shall prosper in the thing for which I sent it.”  (Isaiah 55:11)

A search on Ed Sheeran reveals that it is thought that he is a Christian but this is something he hasn’t really talked about as yet.

From what I understand I don’t know if he has professed Christ as his Saviour, but I do believe that he is a caring, sensitive, gifted and compassionate man, and watching this remake by Beckah Shae and Damien Horne must have had a profound effect on him.

Like Ed, Beckah Shae and Damien Horne have had to face some challenges

Beckah’s parents divorced when she was very young, and went through many challenging times with her mother, including abusive remarriages. “We were very poor and spent lots of time in people’s homes and battered women’s shelters. I suffered lots of insecurities and went through a season of eating disorders, but even in the midst of it all, I knew that God was with me, and for me.

“My mom introduced me to Jesus, and through her humility, Grace and love, I saw God’s faithfulness first hand.

Progress has been slow, but she has stayed persistent and consistent in being faithful to God.  “I want to tell people that are going through great difficulties that God can and will see them through for both Christians and not-yet Christians, if you will only ask Him.”

At an early age, Damien Horne made a decision that would change the course of his life forever. “I asked Jesus into my life and to become my Saviour, I remember a change happening in me and being so excited learning about Christ.

“My favourite verse is Jeremiah 29:11.”For I know the plans I have for you, to prosper you, and give you a future, and to give you hope, and an expected end.”

At the age of 18 Damien moved to Hollywood to pursue a music career, he was ill prepared, really young and naïve, and ended up homeless and felt like a failure. He gigged on the streets playing for pocket change, and then one day it all changed when he met singer-song writer John Rich, and his career took off.

But he always remembers being homeless and what it taught him. He said “When you have a dream or a purpose it’s never going to be easy. In those dark times I have to remember, you’re always a second, a moment, one event from turning it round.”

“As sure as God puts His children into the furnace of affliction, He will be with them in it.” – Charles Haddon Spurgeon.

So what can Christians learn from these recording artists? Firstly, we don’t all aspire to be famous singer-song writers like Ed Sheeran. Your dream may be to become a teacher, or a pastor, engineer or a mental health worker. But you to be successful you must have the same passion, persistence and belief. And like Beckah Shae and Damien Horne, ask for God’s Will and calling for your life. Our prayer should be: “Father show me the gifts you have put in me, and how I can develop them for your glory.”

“And let us not grow weary in doing good, for in due season we shall reap if we do not lose heart.”  (Galatians 6:9)

This article was written by Don Botham 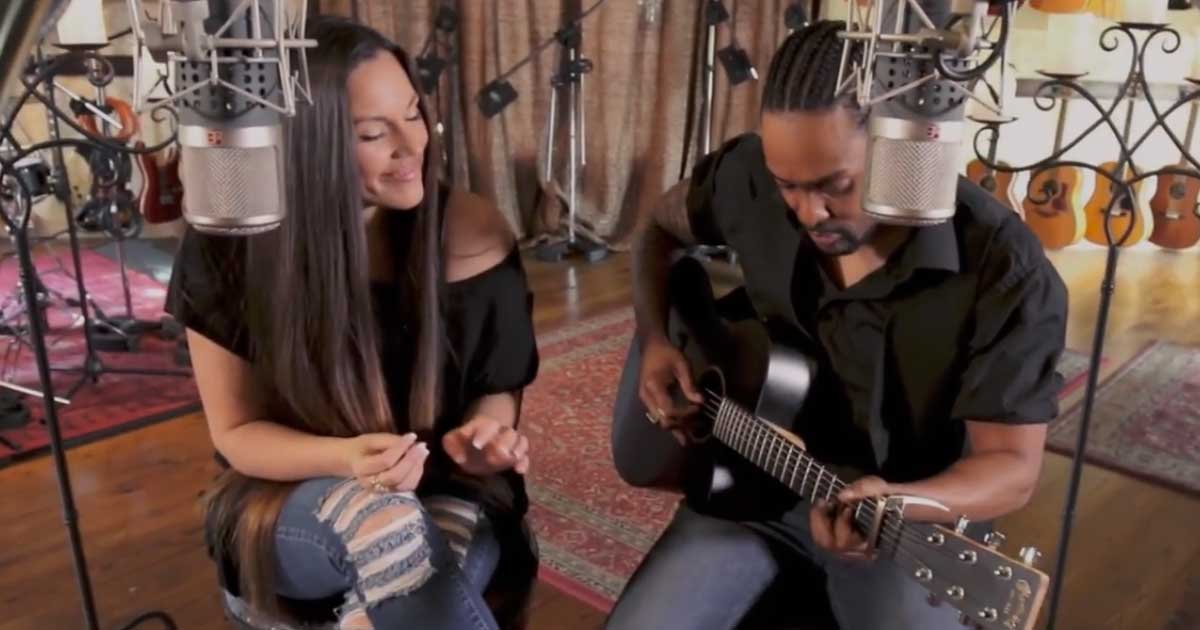 Beckah Shae is a Christian singer who loves to make Christian versions of many famous songs.  One of her latest hits is her Christian version of ‘Perfect’ by Ed Sheeran, and it has one million views in YouTube.  The original song talks about the admiration that the singer has for his beloved and Beckah just shifted it into the love of Jesus.

You will be amazed by how Beckah changes the mood of the song into an inspirational one. The song itself reminds us about the kind of love Jesus poured out on the cross for us. The chorus itself will melt your heart:

Oh now, I’m dancing in the dark
Safe within Your arms
I’m wiser from my past
And You’ve become my favorite song
Even though I was a mess
You have still given me Your best
I don’t deserve it
But Your grace is perfect tonight

Jesus indeed is perfect.  He is sinless and everything He did is for our sake.  He offered His life for us and that sacrifice will always be a reminder to us that we are forgiven and we are free from the bondage that kept us away from His arms.

This song will really speak into your soul.  Watch and be reminded of the great love Jesus offered to us on the cross: