BREAKING
Catch a Ride on a Shared Scooter—“Micro-mobility” Coming to Tel Aviv Next...
Israel Military to Conduct First-ever Simulated Strike on Iran
‘Injury to the Heart of Iran’: Details on the Life and Death...
STAND WITH UKRAINE
Home Tags Posts tagged with "Being a father"
Tag: 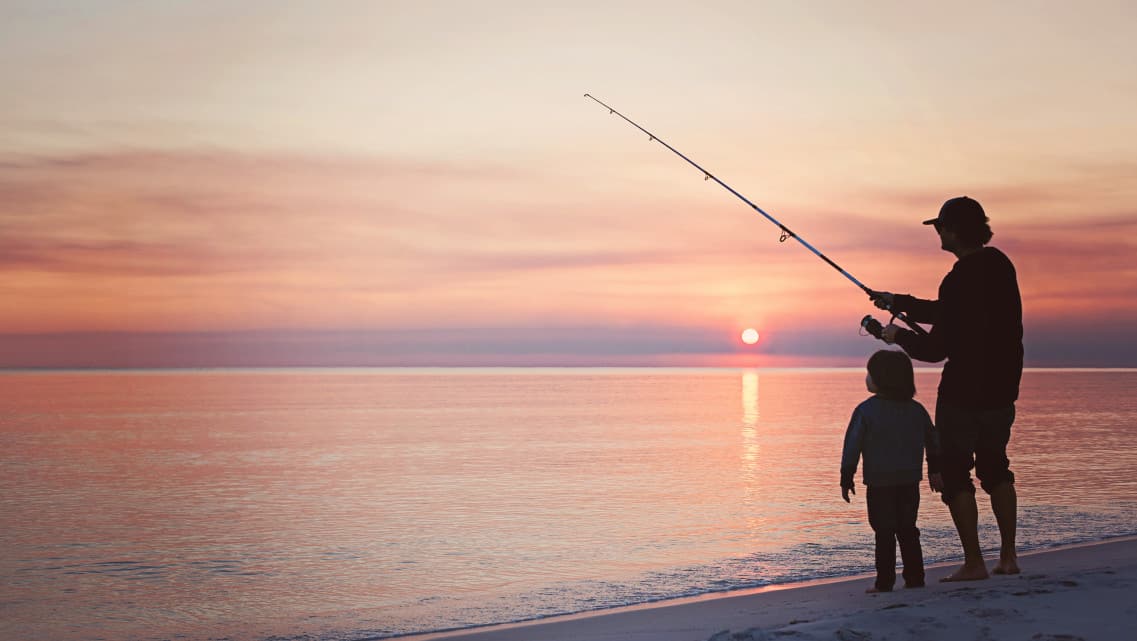 God The Father Wants Earthly Fathers To Represent Him!

I truly believe our earthly fathers were designed to be the visual of what our heavenly Father looks like. And honestly this is what messes people up, when He just isn’t represented well.

I had the privilege of marrying a man who was a great dad to our six children. Often I stood to the side marveling and thinking to myself – oh wow – THIS is what it looks like! My kids had the utmost respect for him; he taught them by example. I just want to list his character traits and tell me if you think it represents God well – he was firm but just, patient, understanding, kind, loving, caring, fun, funny, creative, hard working, practical, driven, and passionate. He cared for the widow and the orphans. He helped others without recognition; he saw the best in people and yes even in the worst of people. He gave his all in every single thing he did. Sound like God? Exactly. THAT was the whole idea on God’s mind when He created dads. He wanted them to guide their families to Him.

Another privilege I have had is watching my son and son in law who are dads. I see ALL those same character traits in them. I have no doubt that the eight kids between them are in good hands to see God.

Dads are a child’s first hero, first teacher, first mentor, first love. “As a father has compassion on his children, so the Lord has compassion on those who fear Him.” (Psalm 103:13) Fear in this verse is NOT the kind of fear like terror stricken of being hurt or abused. It is a respect, a reverence and a trust, that the dad who loves so well can be trusted, and followed. Don’t you know that children, by their mere nature, are followers? They WANT to be led.

God never wanted to be nor should He be the One we fear to come to. His heart is towards us, not against us. He understands us; He created us! Sadly though, when those misrepresenting the truest Father heart hurt us, it causes us to begin to distrust and put up walls. I spent a lot of my younger years in distrust of God – the very One Who loved me unconditionally – approaching Him just close enough to still keep my distance. You know; in case He failed me or disappointed me or left me or mocked me. You think THAT is the relationship He wanted to have with His kids? I think not.And has He ever failed me, disappointed me, left me or mocked me? No. Never.

“The Lord your God, who is going before you, will fight for you as He did for you in Egypt, before your very eyes. (stop right here for a second – children need to see their dads fighting for them/defending them – right before their own eyes). And in the wilderness, there you saw how the Lord your God carried you ( His compassion, love, gentleness, humility, kindness), as a father carries his son (be still my heart.), all the way you went until you reached this place.” (Deuteronomy 1:29-31, with comments). Wow. What a picture of true fatherhood.

So, Happy Father’s Day to ALL the dads representing God. It’s exhausting and you don’t get enough sleep or recognition BUT you are changing generations. You are raising up sons and daughters who are strong, brave, secure, and fierce forces to be reckoned with! Do not EVER think that a hug is just a hug or a paycheck is just a paycheck or a mowed lawn is just a mowed lawn. It’s ALL a big deal – the advice, the cheers, the ice cream cones, the car rides, the standing on the side lines, the living room dance parties, the chickens and goats and dinosaurs and Peppa Pig.

Heads up dads! YOU are God’s reflection on the earth. Everything you do and say, matters. Without YOU, how will they see God? 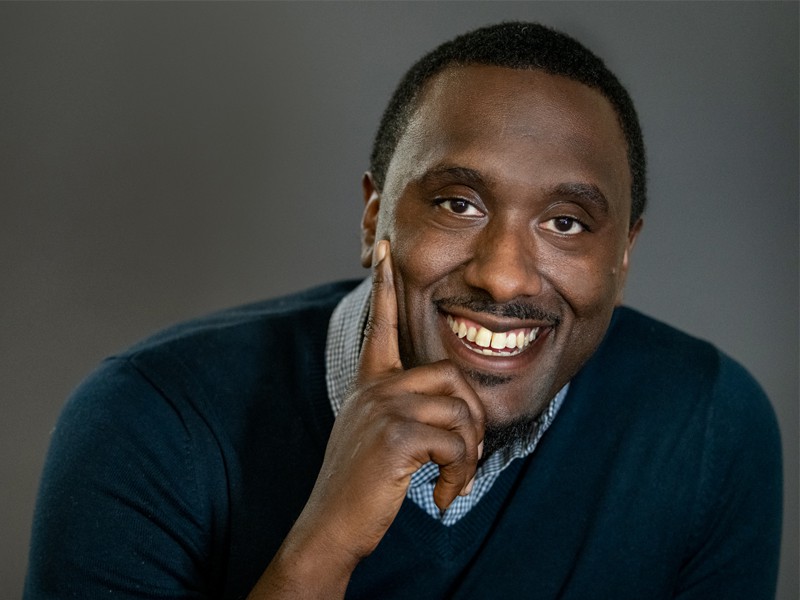 This dad gives bags full of items needed to help ex-convicts get back to being a father again to their children.

Charles Daniels Jr. once had a conversation with a father who was serving a jail sentence that changed his entire life.

“He said, ‘You can’t send me out here alone and not think that I’m going to be back here in 48 hours,” Charles remembered. “He knew for certain he’d be back in jail if no one was there with him.”

That conversation is what prompted Charles and his wife, Samantha Fils-Daniels, to start the program Fathers’ Uplift two years ago. The program provides bags for dads in need containing necessities like shampoo, conditioner, toothpaste, deodorant, clothes, and blankets. The goal of the program is to make these dads understand that they are not alone and that they can get back being fathers to their children again.

If you know a #father on his way home from jail/prison send him to us. We have a #BagForDad with his name on it. We are welcoming dads home with love and appreciation. Help us spread the word. #boston #massachusetts #fathersuplift #mentalhealth

“We see there’s a misconception that fathers behind bars don’t care about their kids. We know that they do care,” he said. “When they held their child for the first time, they did not imagine living a life without them.” 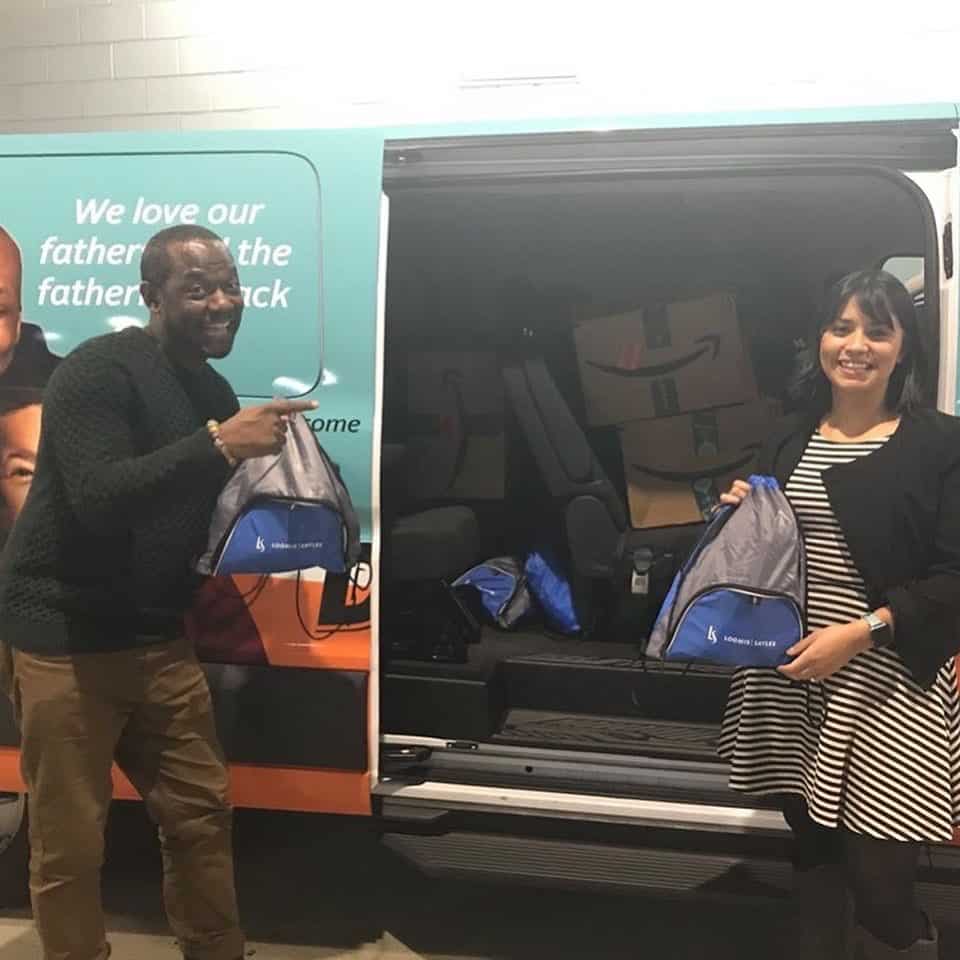 The 33-year-old founder of Father’s Uplift was also motivated to start the program because of his own childhood experience. He grew up in a fatherless household after his dad left when he was just 10 years old.

“It really resulted in me feeling bad about my father not being in my life and looking at myself as the reason he wasn’t there,” he said. “I was never the reason but when you don’t know why someone left, you create your own narrative and often it points back to you. The reality was that my father just didn’t have the support to stay engaged,” Daniels said. “It wasn’t because he didn’t love me.” 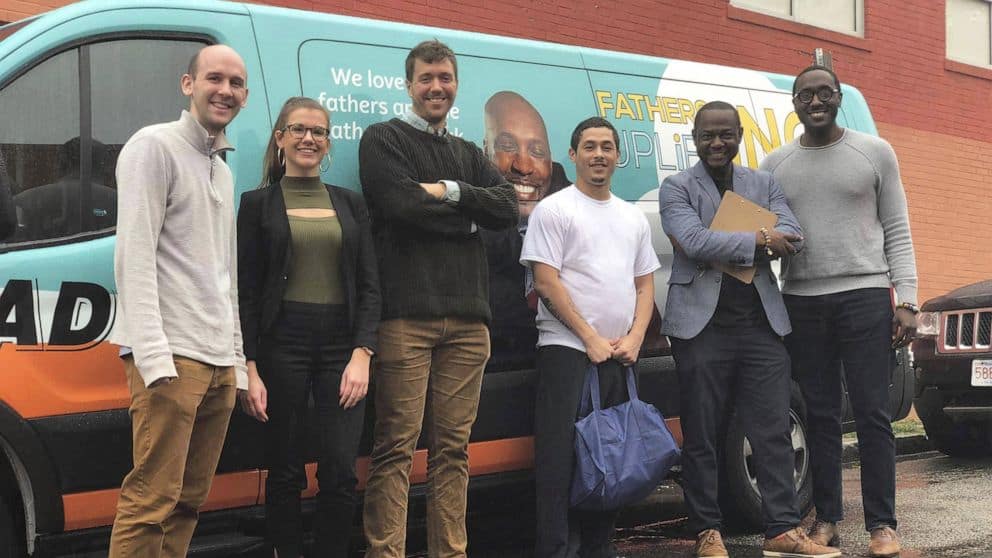 Since the program started, they have been able to help almost 30,000 fathers. In addition to the bags, they also provide mental health support, one-on-one coaching, job searching and housing for fathers.

“We’re giving men an opportunity to know they don’t have to be perfect as parents and can be forgiving,” Charles said.