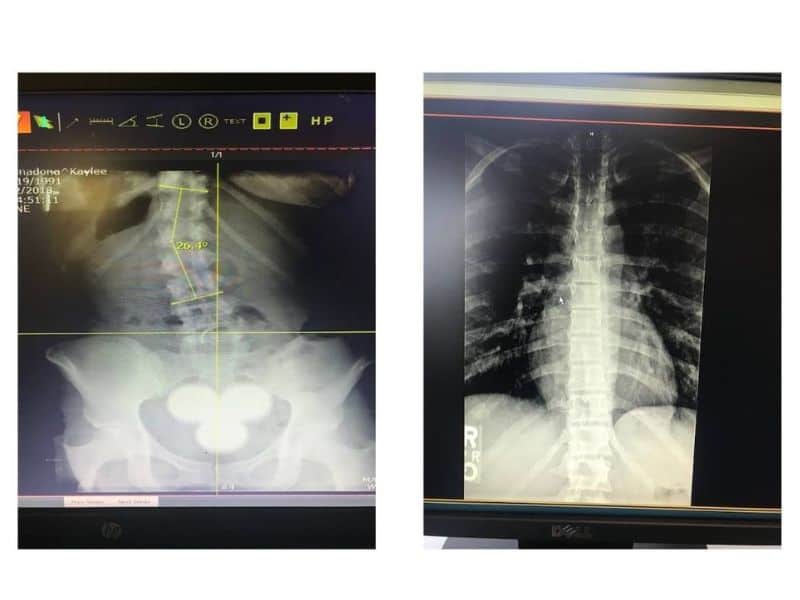 God gave a girl a vision of healing from her crooked spine. She saw an image of a golden spine. But, days after, she felt pain again in her back.

Chuck Parry, the director of Bethel Healing Rooms, posted the powerful testimony of Kaylee on his Facebook page.

Kaylee had heard of Bethel Healing Rooms. It is a ministry of Bethel Church in Redding, California, where “joy-filled believers” come to see God’s healing power. It is a place where they see “God bring life, wholeness, and love to those suffering from physical ailments.”

With hundreds of healing testimonies, Kaylee decided to see for herself and went to the Healing Room. There, she had a moment with the Lord, and God presented her with a “golden spine.”

“I felt amazing after,” she confessed.

But, upon returning home, she started experiencing pain again. The pain continued for two months, and Kaylee did not stop claiming the healing God promised her. She said, “If the healing came through a doctor, I’d be totally fine with it.”

So, she went to her doctor and showed her previous x-ray. As the doctor was checking on it, he advised Kaylee to undergo spinal surgery. “[It] was honestly so scary, but I had already mentally prepared for that,” she recalled.

Kaylee then proceeded to get her official x-rays and sent them to the spinal surgeon.

On that night, the doctor emailed Kaylee, saying she no longer needed surgery. The x-ray results came out normal, and the doctor was completely amazed by it. He called it a “miracle.”

Kaylee concluded that the pain she felt over the months was because of the “supernatural surgery” God did on her. Her spine had been shifting, and her muscles readjusted.

“I had to repent for ever doubting that Jesus did not actually heal me when he showed me that he did. What we see in the spirit is SO MUCH MORE REAL than what the physical tells us,” she said.

Kaylee encouraged everyone to believe in Jesus, who is real and who really healed her.

“If you have been contending for healing and have not experienced it in the physical, believe for it. I pray that the Father would break off all disappointment over your life and that he would restore your heart and soul to FULLY HOPE FOR THE FULNESS!!!”