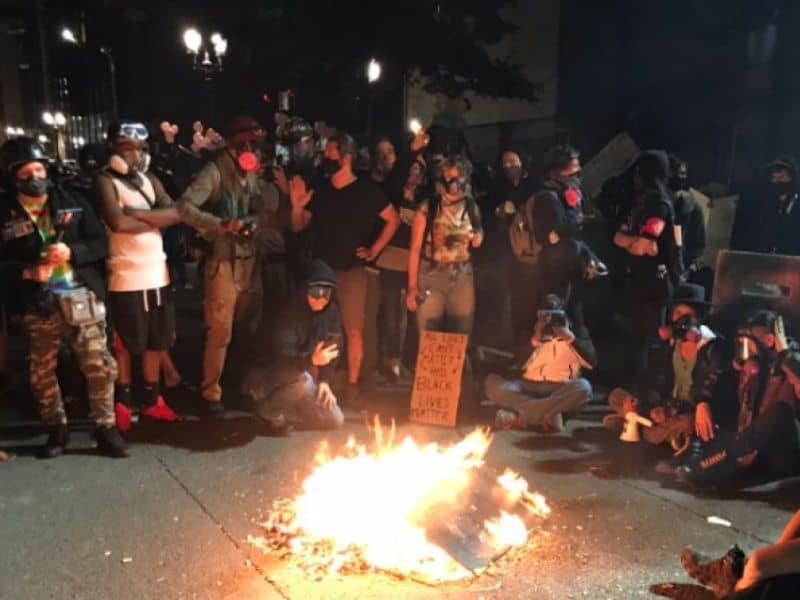 Protesters in Portland recently burned Bible in front of a federal courthouse. One worship leader hopes to bring change in the atmosphere through worship.

There has been unrest and violent riots going on in Portland since late May.  Protesters have been speaking out over police brutality and racial discrimination. It started with a peaceful rally but radicals have been destroying and burning properties.

Last Saturday, a twitter account by Ian Miles Cheong revealed some “left-wing activists bring a stack of Bibles to burn in front of the federal courthouse in Portland.” A video captured the unnecessary doing. It later showed an American flag being added to the fire.

Left-wing activists bring a stack of Bibles to burn in front of the federal courthouse in Portland. https://t.co/lYWY0x8n8P

Ian added, “I don’t know what burning the Bible has to do with protesting against police brutality. Do not be under the illusion that these protests and riots are anything, but an attempt to dismantle all of Western Civilization and upend centuries of tradition and freedom of religion.”

In response, Sean Feucht is partnering with the local churches in Portland to host a worship event. The worship leader has visited town and cities ing California hosting worship rallies against the state’s ban on church singing. He is headed to Oregon, Portland this August 8.

“We’re hoping that even through our worship that we can start to change the atmosphere over that city.”

Additionally, he replied to Ian’s tweet. He said, “Burning Bibles won’t stop what God has planned for Portland! We comin for you!” He added hashtags, #LetUsWorship and #RiotsToRevival.

Burning Bibles won’t stop what God has planned for Portland! We comin for you!#LetUsWorship #RiotsToRevival https://t.co/LKbvXLNz60

Let us partner with what Sean is doing with our prayers. Let’s believe that God will continue to show up and mark Portland with His goodness and love.