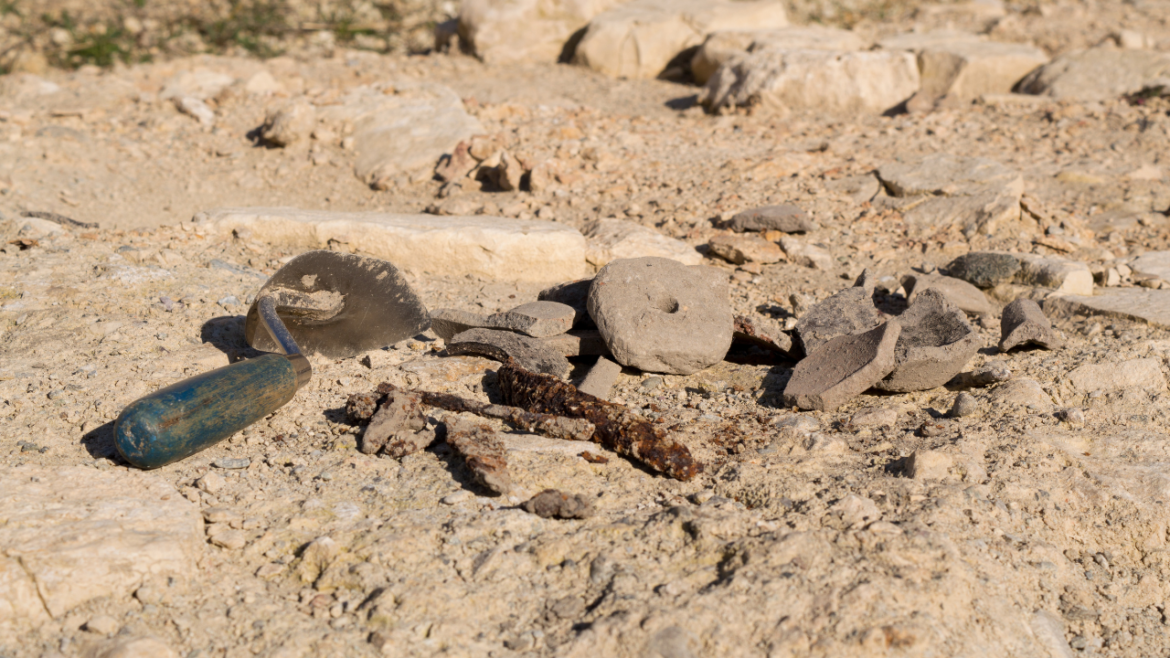 In an exciting scientific breakthrough, Israeli researchers have discovered a way to “read” the geomagnetic evidence embedded in the archaeological finds at excavation sites in the Holy Land—especially those that are the remains from the Egyptian, Assyrian, Aramean, and Babylonian invasions into Israel and Judah as recorded in the Bible.

The key is the burnt remnants left behind from the military campaigns that researchers uncovered at the digs. From these charred remains, scientists have been able to reconstruct the geomagnetic field data—particularly its direction and intensity at the time—which then gives them an accurate date on the event.

The research effort is the result of a collaborative effort involving 20 researchers from multiple countries and across several disciplines. The project was led by professors from Hebrew University and Tel Aviv University (TAU). Their findings were published recently in the Proceedings of the National Academy of Sciences of the USA (PNAS).

“Based on the similarity or difference in intensity and direction of the magnetic field, we can either corroborate or disprove hypotheses claiming that specific sites were burned during the same military campaign,” TAU Ph.D. student Yoav Vaknin explained. “Moreover, we have constructed a variation curve of field intensity over time which can serve as a scientific dating tool, similar to the radiocarbon dating method.”

Vaknin and other researchers utilized the archaeological findings in 21 destruction layers from 17 digs over the last several decades, plus biblical accounts of the military conquests and other historical information to reconstruct the magnetic fields. For instance, the magnetic field they reconstructed in a 2020 study from the remains of the First Temple and Jerusalem at the time of Nebuchadnezzar’s invasion (2 Kings 25:3) dated exactly to the 9th of Av, 586 BC—the Hebrew date memorialized as the time of the destruction.

The team’s findings also shed light on the role of the Edomites in the ultimate demise of the Kingdom of Judah after the Babylonian invasion.

Prof. Erez Ben-Yosef from the Institute of Archaeology (TAU), who is supervising Vaknin’s work, said, “While Jerusalem and frontier cities in the Judean foothills ceased to exist, other towns in the Negev, the southern Judean Mountains, and the southern Judean foothills remained almost unaffected. Several decades after they had destroyed Jerusalem and the First Temple, sites in the Negev – which had survived the Babylonian campaign – were destroyed; probably by the Edomites who took advantage of the fall of Jerusalem.”

”This betrayal and participation in the destruction of the surviving cities may explain why the Hebrew Bible expresses so much hatred for the Edomites – for example, in the prophecy of Obadiah.”

Vaknin and the team also examined the remains of the destruction of the Philistines in the city of Gath by King Hazael of Aram-Damascus (2 Kings 12:18).

“Various dating methods have placed this event at around 830 BC but were unable to verify that Hazael was also responsible for the destruction of Tel Rehov, Tel Zayit, and Horvat Tevet. Now the new study, identifying full statistical synchronization between the magnetic fields recorded at all of these four sites at the time of destruction, makes a very strong case for their destruction during the same campaign,” Vaknin said.

Prof. Ron Shaar from the Institute of Earth Sciences at Hebrew University led the team in developing the geomagnetic dating method.

“The geomagnetic field is generated by earth’s outer core, at a depth of 2,900 kilometers (1,800 miles) by currents of liquid iron,” Shaar said.

Until recently, scientists had believed that the magnetic fields remain stable for long periods, but research has discovered that the volatile motion of the liquid iron at the earth’s core reveals some “extreme and unpredictable changes” in antiquity.

“Earth’s magnetic field is critical to our existence. Most people don’t realize that without it, there could be no life on earth since it shields us from cosmic radiation and the solar wind. In addition, both humans and animals use it to navigate. Our location here in Israel is uniquely conducive to archaeomagnetic research due to an abundance of well-dated archaeological findings,” Shaar said.