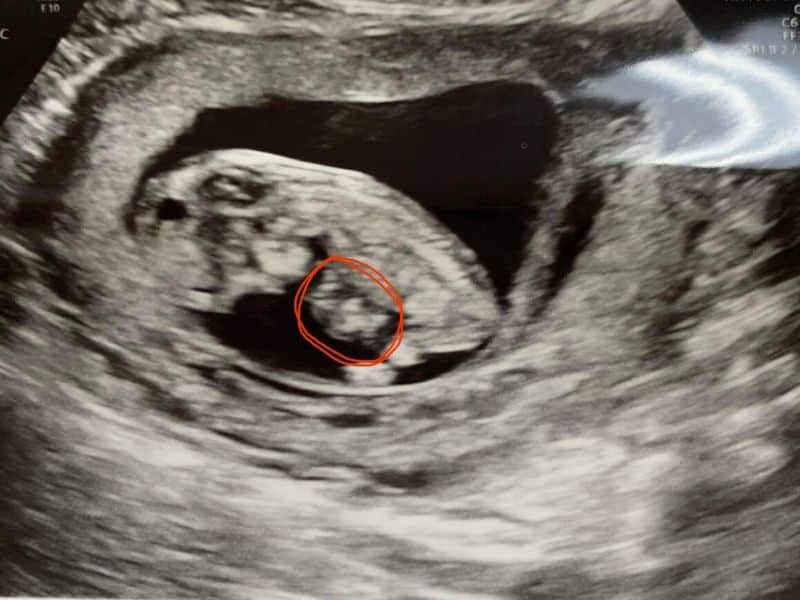 A mother couldn’t help but share her testimony of how her baby with a birth defect experienced a miracle while still in her womb after prayers.

Rachel Jenkins loves being a mother to her three kids. But she and her husband received a pleasant surprise from God as they discovered they would be parents to triplets last April. They knew that the journey of being pregnant with triplets would be hard. But they were positive and confident in God. Rachel wrote in one of her post, “We choose to remain positive, to believe the best and to put these babies in God’s hands.”

However, last month when the couple went for the Maternal Fetal Medicine appointment, the doctor’s news devastated them. One of the babies has “Omphalocele”, a birth defect characterized with the baby’s internal organs such as kidney, intestines and liver stick outside of the belly. 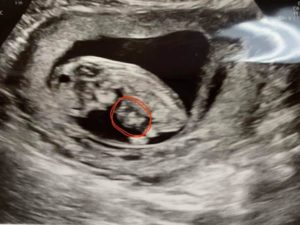 The doctors suggested selective reduction but the Jenkins immediately refused the advise. They chose to not do anything and simply monitor the baby closely.

Rachel went home with a migraine but she still managed to call a few friends to ask for prayer. Her friends assured her that God will work everything out.

“I had no peace. I tossed and turned at night. My thoughts were consumed with all the what-ifs. I knew I had to find peace… to rely fully on God.” She continued, “I woke up one morning and I just felt peace. I had found my place of faith in God over this situation.”

The expectant mother would lay hands over her baby, praying and declaring for a miracle multiple times a day.

On her 14th week, Rachel went again for an ultrasound expecting for a miracle. But the doctor only confirmed the baby’s birth defect.

“On the way home from my 14 weeks ultrasound I prayed, ‘God, I have another appointment in 2 weeks. That is another opportunity for You to heal him! I’m trusting You no matter what,” she recalled.

“I received several words that he would be healed. It resonated with my spirit but there’s always thoughts of ‘you’re just crazy’, ‘nobody should ask for the impossible’ but still I asked. Daily.” 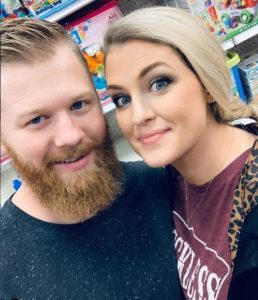 She continued, “I walked into my 16 week appointment… and the ultrasound began. The tech looked confused.. I laid there for what felt like an hour.”

Finally, the tech reported no omphalocele. She asked to see previous ultrasounds and looked at it with amazement. She confirmed the omphalocele in the ultrasound but couldn’t find it anymore.

Rachel stated, “She literally told me that she had been doing this for over 20 years and would stake her job on the fact that there wasn’t even a trace of a defect on this baby. Every single baby I was carrying was 100% healthy as could be! They said they were sending me back to Birmingham to confirm. But I knew. I knew God felt my faith. I knew I rested in Him and I knew He answered my prayers and the prayer of everyone else.”

She ended, “I’m not even deserving of such a miracle but He blessed us anyways! I will forever tell of how my baby was healed even when the doctors said it was IMPOSSIBLE!”