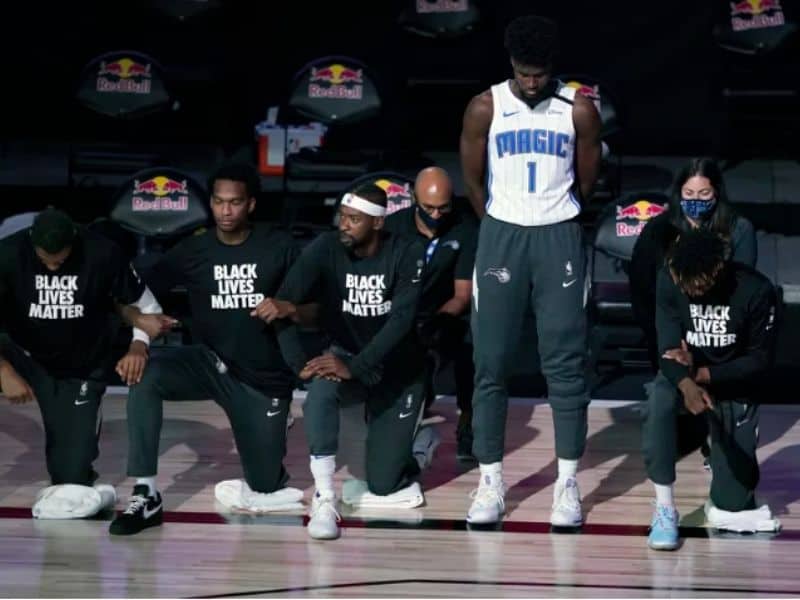 Jonathan Isaac of the Orlando Magic has become the first NBA Player to stand during the national anthem. His decision is rooted in his faith.

The Orlando Magic beat the Brooklyn Nets with a 128-118 score in the game last Saturday. But what took over the headlines was Isaac’s choice to go against the norm and honor his faith.

Both teams kneeled down in solidarity against racial discrimination and wore a “Black Lives Matter” shirts. But, the 22-year-old stood alone in his white jersey. 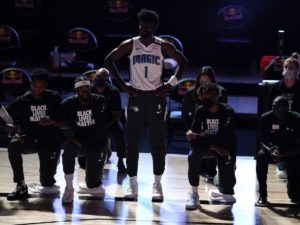 The first question thrown at Isaac after the game was if he believes that black lives matter. The ordained minister replied, “Absolutely. I believe that Black lives matter. A lot went into my decision…It’s my thought that kneeling or wearing a ‘Black Lives Matter’ t-shirt don’t go hand and hand with supporting Black lives.” 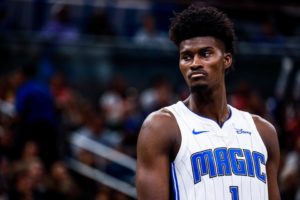 He added, “I don’t think that kneeling or putting on a t-shirt for me personally is the answer. I feel like Black lives are supported through the gospel, all lives are supported through the gospel. And we all have things that we do wrong and sometimes it gets to a place of pointing fingers about who’s wrong is worse…We all fall short of God’s glory.”

Steve Clifford, the Magic’s head coach, supported his decision. “I support him, his teammates support him, the organization supports him. So, that’s part of living in our country.”

Moreover, Isaac was the only one who did not have a social justice message written at the back of his jersey. “I think that I just wanted to take that stance in saying that I believe Jesus is the answer, so I didn’t think that wearing a message on the back of my jersey was the answer for me.”

Although he knew that many would question his stance, Orlando Pinstripe reported that Isaac claimed that his gesture had nothing to do with the anthem or the flag itself but about his own beliefs. 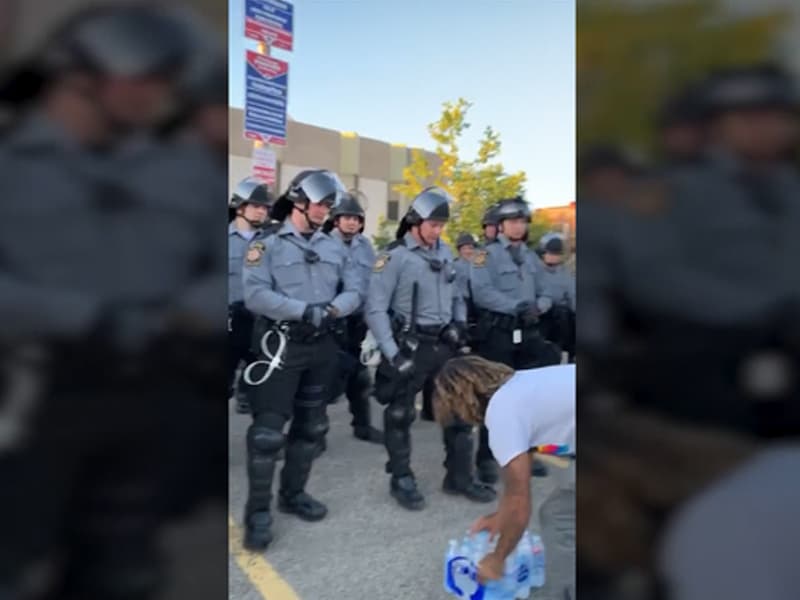 Young Man Gives Out Water To Riot Police During Protest

A 23-year-old man was seen giving out bottled water to riot police during a Black Lives Matter protest.

On Mary 31 in a Target store in Pittsburg, the 23-year-old Alexander Cash and his friends got out of their homes to protest the death of George Floyd. Instead of using violence to make their voices heard, they wanted to spread love and positivity to make the authorities listen to them.

“I wanted to come out to spread love, spread peacefulness,” Alexander said in an interview. 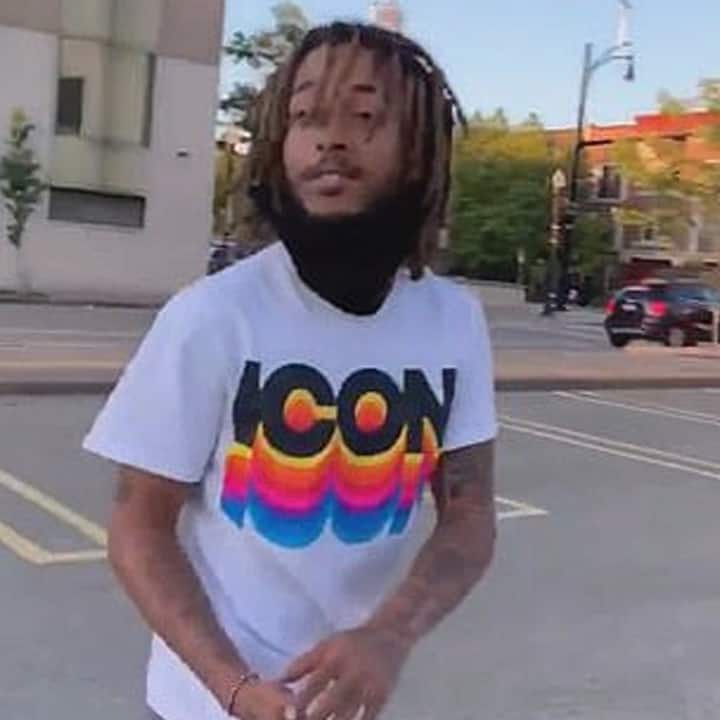 As the crows of demonstrators grew, riot police also showed up to guard the area. That was when Alexander did something that touched the cops present during the protest and thousands more who saw the news.

The young black man approached the police officers lined up in the Target parking lot and gave out bottled waters to them. 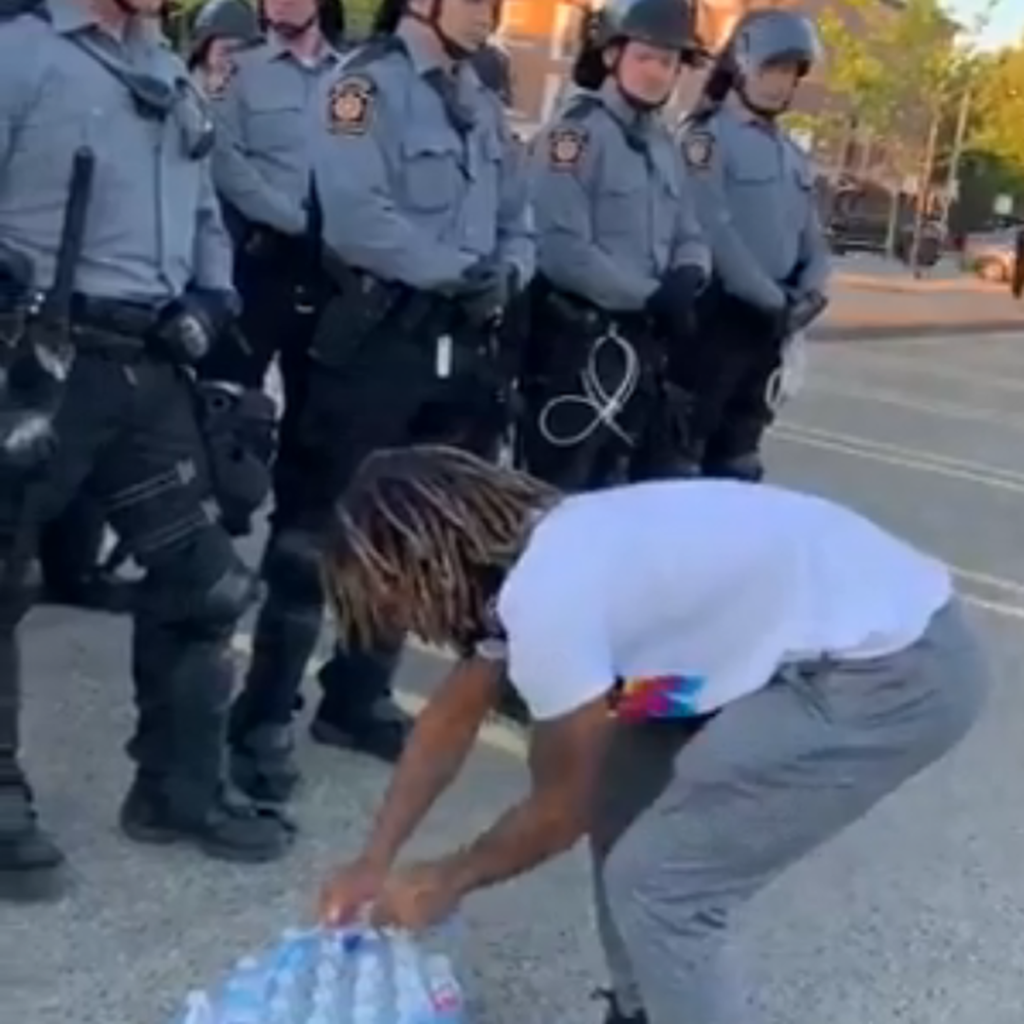 The bottles of water were also donated to the protesters by someone who saw the protest going on. Alexander thought that they should share it also with the police present during that hot day to express his love to them.

“All the stuff they did downtown is really tragic. I want to show that we can be peaceful,” Alexander said.

Peaceful protests are being reported all over the country. This does show us that violence would never be the answer to the issues our country is facing. What we need at this very moment is our love for one another and our unity as one nation.