BREAKING
Catch a Ride on a Shared Scooter—“Micro-mobility” Coming to Tel Aviv Next...
Israel Military to Conduct First-ever Simulated Strike on Iran
‘Injury to the Heart of Iran’: Details on the Life and Death...
STAND WITH UKRAINE
Home Tags Posts tagged with "Blade Runner"
Tag: 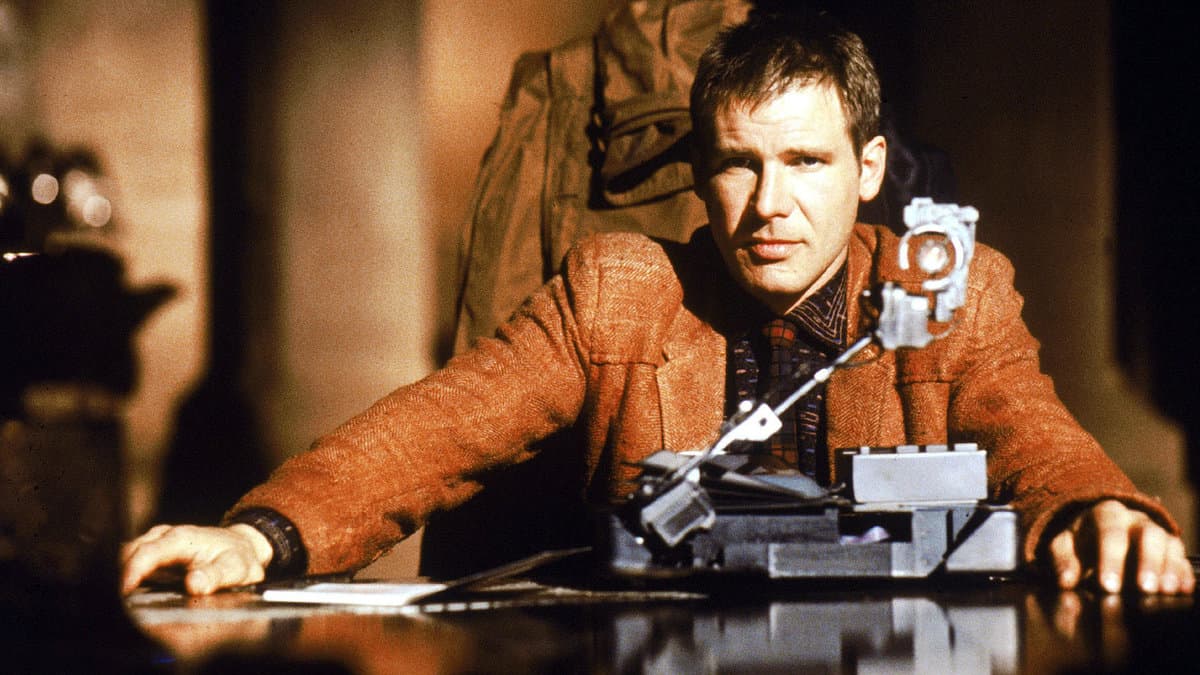 When Blade Runner was first released in 1982, it was not well received. Panicked studio executives who were baffled by Ridley’s Scott’s ground-breaking science fiction vision insisted on cutting key scenes, adding an explanatory voiceover and tacking on a completely out of place happy ending. Despite such measures, audiences still stayed away in droves and the critics were indifferent at best.

However, throughout the 1980s, Blade Runner acquired a cult following on video. I first saw it in this format, and despite being damaged goods I could immediately tell the film was a blatant masterpiece. The plot – in the near future, an elite “Blade Runner Unit” policeman tracks down and kills rebellious escaped slave androids called replicants that have developed emotional responses – proved a mere hook on which the lavish visual experience hangs. What most impressed me was how incredible the film looked. This is a film to wallow in, to lose oneself in, especially on a big screen (I have since seen it four times at the cinema during various re-releases). Expressions such as “visually astonishing” seem pathetically inadequate when describing the rain drenched noir production design that practically invented the cinematic dystopian future, or at least popularised beyond Fritz Lang’s Metropolis, an undoubted influence.

Critical reappraisal finally occurred in the early 1990s, with the release of a director’s cut that removed the voiceover and happy ending. More importantly, this new cut restored the legendary unicorn dream sequence, which allows for a much more interesting interpretation of the plot.

Some have accused the cast’s performances of being distant and cold, and that is deliberate, but I find that to be a most superficial reading of what is in fact a profoundly emotional film. The way the replicants are overwhelmed by their newfound emotions and try to learn how to respond to them is what gives the film its incredible poignancy and quiet power. It is also perhaps the reason the film has endured the way it has. Consider, for instance, the way Roy (Rutger Hauer) and Pris (Daryl Hannah) awkwardly kiss, mimicking human behaviour.

Blade Runner is a film about loneliness, that most frightening of human conditions. In this world everyone lives alone, except the replicants, who band together trying to find some meaning to life. The hoary old what-does-it-mean-to-be-human question lies at the core of all great science fiction, but Blade Runner asks more specific questions. What does it mean to have feelings? To have a soul? Does that give you moral responsibility? What does it mean to meet your maker?

The powerful scene where Roy meets Tyrell (Joe Turkell) can be read as an atheistic lashing out against the irresponsibility of a so-called god that cannot fix what he created, as well as a musing on the dangers of AI technology. There is something childlike and heartbreaking in the way Roy subsequently weeps over the bloodied corpse of Pris, recently gunned down by Deckard (Harrison Ford) during the finale. Essentially the replicants are children, and the cruelty with which they are efficiently dispatched is deliberately designed to leave the viewer reeling and confused. It is, for instance, impossible to imagine even the most morally depraved audience cheering when Deckard shoots Zhora (Joanna Cassidy), as she smashes through endless panes of glass in slow motion. Roy challenges Deckard, and by extension the viewer, when he says “I thought you were supposed to be good? Aren’t you the good man?”

And therein lies the rub. Is Deckard a man at all? Or is he, like Rachel (Sean Young), unknowingly a replicant? I won’t get into that unending debate here (for my money, he is definitely a replicant), but another thing that makes Blade Runner an endlessly fascinating experience is watching two machines – Deckard and Rachel – developing emotional responses, discovering their implanted memories are phony, and nevertheless falling in love. The moment where Deckard seems almost, for a moment, to force himself on Rachel has been criticised as misogynist by some, but I disagree. Again, that entire scene simply shows two machines overwhelmed by the feelings they have developed, and as such they aren’t entirely sure how to respond. The scene has a deliberate awkwardness to it, and framed in that context it is actually quite poignant.

Then obviously we come to Roy’s justly famous “tears in rain” speech. It’s difficult now, so many viewings later, to recall the initial impact and surprise of Roy deciding to save Deckard’s life at the last minute, but it remains an incredibly powerful and almost unbearably sad scene. The speech is celebrated and endlessly quoted, but it is also the visuals (which include crucifixion imagery) that burn themselves so vividly in the memory. When Roy’s head falls and he lets the dove go, I always want to cry. All of this is scored so perfectly to Vangelis’ music that it remains one of cinema’s greatest moments.