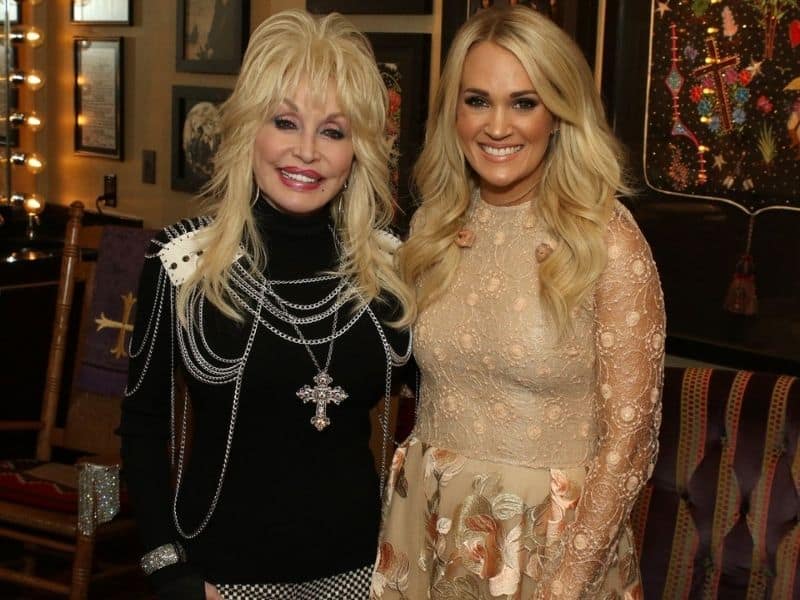 Carrie Underwood breaks into tears as she tells about how Dolly Parton’s life inspires her as a Christian and a singer/songwriter. She said, “I think her true legacy is how she made the world better.”

The Broadcast Music, Inc. or BMI has hosted a virtual salutation to songwriting legends who have impacted the industry. They featured and celebrated Dolly Parton in a video dedicated to her.

The prestigious organization interviewed different artists who are inspired by the songwriter. And Carrie Underwood is one of them.

“I think her true legacy is how she has made the world better. She could’ve just been Dolly Parton and taken her money and just lived for herself,” Carrie said.

“But she was given gifts by God, and she takes them, she does the work, she uses them to glorify God, and she gives back. She cares about people. That’s her legacy.”

She added, “I feel like I had even more of a connection with her when she talks about growing up and not having a lot to do and just having to rely on her imagination. That was very me. I just had me and what’s in here. I wish I’d spent that time writing as Dolly did.”

Carrie shared that songwriters today try to create a formula to achieve radio success. But Dolly never seemed to have one. “I feel like she never had a formula. She just sings her heart. And people hear that, and they get that. That’s really what it should be all about.”

Carrie looked up to Dolly and how she trailed the way for the songwriters today. She said, “And as far as her influencing my career: we’re all just trying to be Dolly, let’s be honest. She is somebody who has set an incredible example for us and paved such a path for us. If there was no Dolly, there would be no us.”