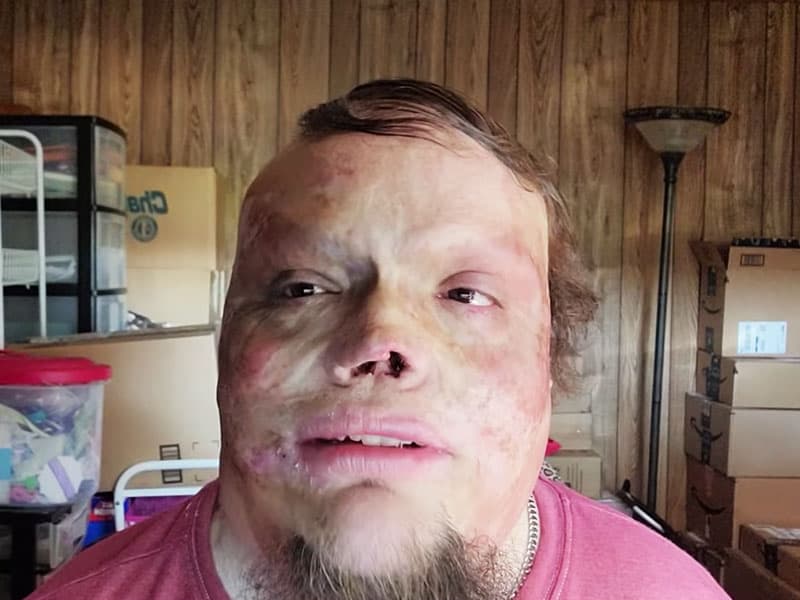 Man Who Overcame Pain And Discrimination To Tell His Miracle Story

A man whose body was 98 percent burned experiences discrimination all his life. But now, he inspires the world with his story of how he trusted God amidst it all.

Chris Tomlinson was born a healthy and normal baby. However, a horrific accident at 2-years-old totally changed his life. 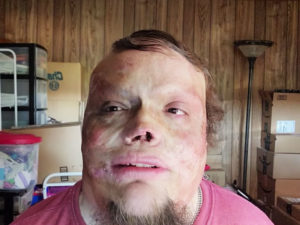 As a baby, Chris went to their home’s backyard to play when he knocked over a can of gasoline that poured all over his body. Unfortunately, someone was turning on the hot water heater when it happened. It ignited the gas and burst into flames the 2-year-old Chris’ body. His mom rushed her son to the hospital, and doctors found 98 percent of the toddler’s body already burned. Then they told his mom he had only one percent chance of survival.

Amidst the horrifying incident, the Chris’s parents trusted God. And despite what doctors told them, they looked to what God could do with the impossible. And indeed, a miracle happened, and Chris survived. But since then, he grew up going through over 200 surgeries and spent a lot of his time in hospitals.

On top of the hard and long healing process, Chris also experienced discrimination from people. He got married and had two beautiful daughters. But 14 years later, his wife left him. It deeply broke his heart. Chris described the experience as the most “horrible” and would “rather be burned all over again than to experience that pain.”

Fighting The Good Fight Of Faith

Despite the trials and brokenness, his hope remained because of his faith in Jesus. And he keeps fighting the good fight of the faith.

“I always found the positivity in everything,” Chris remarked. “I had this big old smile on my face because I knew God was with me… It wasn’t just by my own strength, it was God who was there for me the whole time.”

According to the report, the Bible verse he clung to amidst all the trials in his life has been Psalm 53:3. It reads, “When I am afraid, I will put my trust in you.”

Indeed, God’s Word never failed Chris as he inspires the world and touches so many lives today with his story.

“It’s a big passion of mine to get my story out there,” he said. “Again, not for me but to bring the glory to God. Because a lot of people think God’s not working anymore — God doesn’t do miracles. God does miracles every second every day. All you got to do is look around you.”