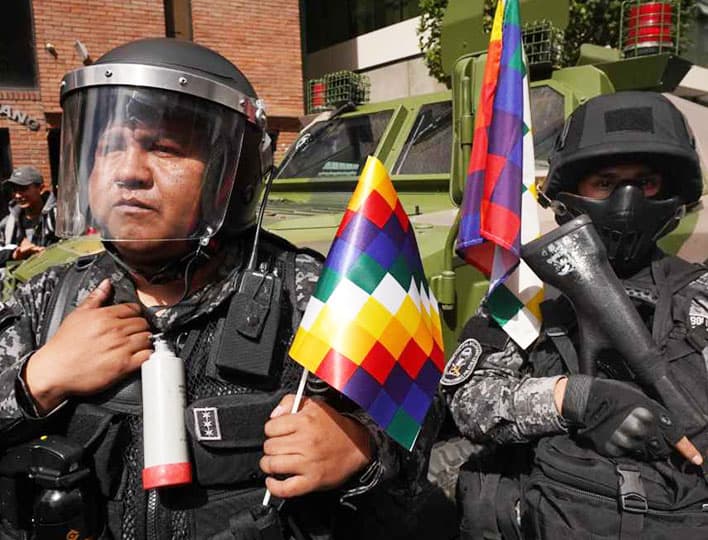 Miracles are something we don’t see everyday. In one way or another, they surprise us in ways we can never comprehend. Just like how a police officer from Bolivia testified of the miracle he experienced because of a pocket Bible.

Bolivia is in political unrest nowadays. It started with accusations of a rigged election by former President Evo Morales. As a result, the military power ousted him from the position. Senator Jeanine Añez then claimed herself as the interim President. And because of this, protests from supporters of former President Evo rocked the nation.

A Miracle In The Midst Of Chaos In the midst of this upheaval, however, one police officer received a miracle. According to the report in Faithwire, the incident happened in the municipality of Yapacani, eastern Bolivia.

The Bolivian police officer was said to be on duty to calm the protesters. Suddenly, a bullet hit him.

According to the cop in question, the gun used to fire at him was stolen by a protester from another police officer. It must have happened during the clash between the law enforcements and the supporters of the former President. Just out of nowhere, the live 9mm round bullet was fired right at his chest. Fortunately, the bullet didn’t reach his flesh thanks to the pocket Bible.

It was Oscar Gutierrez, head of the Special Force of the Fight Against Crime of Santa Cruz who professed the miracle. He said that his officer was shot in the chest but it never hurt him because he “had a Bible that stopped the projectile.”

“He is a young officer whose life was saved miraculously, he was shot by a projectile, I assume of 9mm calibre, and I know the weapons used were stolen from the Bolivian police,” Officer Oscar added.

According to the Daily Mail, the police officer himself testified saying, “Yes, it was a miracle.”

He was completely uninjured in the shooting incident. And the 9mm bullet was found embedded in the Holy Bible.

Who would have thought that a pocket Bible can save a life? Truly, it was God’s protection.