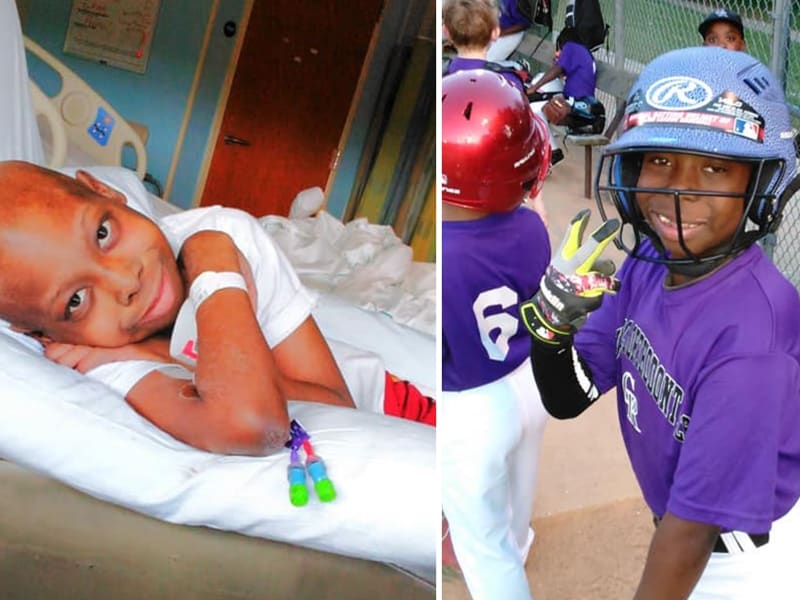 A 9-year-old boy named Cashlin Izzard is being hailed as a miracle survivor after he has lived through a heart transplant, cancer and kidney failure at a young age!

Cashlin Izzard had a heart transplant at only 2-years-old due to a genetic condition that affected his heart from birth. The procedure was successful and he was able to live a normal life as any kid would.

However, about five years later, Cashlin started to complain to his mother, Yameika about a pain in his side. He also suffered from abdominal swelling, fever and had lost weight. She immediately knew something wasn’t right.

After some tests, at just 7-years-old, Cashlin was diagnosed with the post-transplant lymphoproliferative disease, a rare type of cancer. It was heartbreaking news for the whole family.

“I’m really going to lose him this time,” Yameika recalls thinking when she heard the diagnosis.

Because of the young boy’s history, his heart couldn’t handle the chemotherapy and other conventional treatments for cancer patients. To make the situation worse, his kidneys were also failing. But his doctors at the Levine Children’s Hospital weren’t giving up without a fight.

A cardiologist, a nephrologist, and an oncologist teamed up to fight for Cashlin’s life. Together, they decided to use a newly-approved cancer treatment drug, brentuximab, a treatment that would be as unique as his condition. And Cashlin would be LCH’s first-ever patient to receive it.

God really intervened in Cashlin’s life! The treatment worked well for him and now he has been declared cancer-free.

“You’d never know he went through heart disease, a transplant or cancer. Cashlin is a champion,” says his cardiologist, Dr Wallis.

He is now back to playing his favorite sports, baseball and his favorite mobile game, Fortnite. Yameika is overjoyed with her son’s breakthrough!

“With everything that’s happened to Cashlin, you’d think there’d be certain things he can’t do. But no, he’s a go-getter,” she says.

This young fighter is proof that God still works in people’s lives today. Whether through the hands of doctors or healing miracles He is an ever-present help in time of need.