BREAKING
Lay Aside The Old Self
Ben And Jerry’s Staying In Israel, But Founders Aren’t Doing The “Chunky...
Israel Has a New Prime Minister
Home Tags Posts tagged with "Brittany Peck"
Tag: 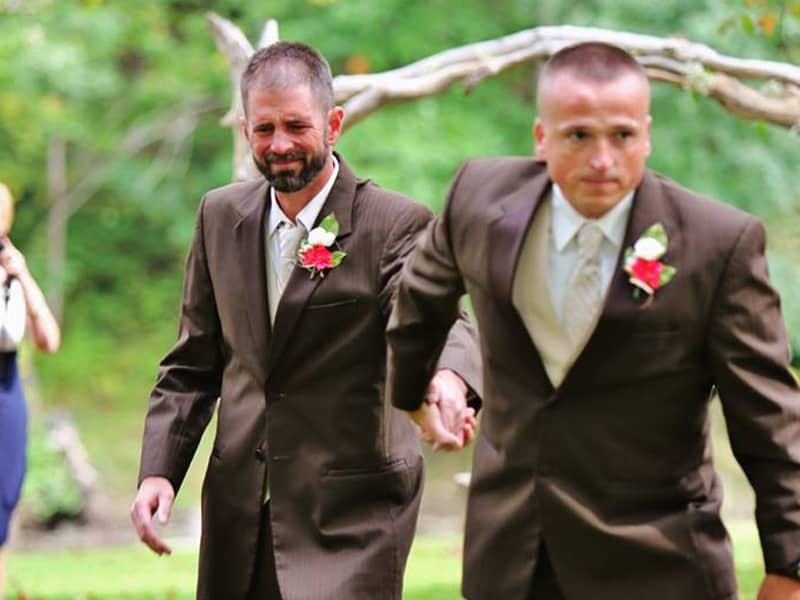 Father Of The Bride Stops Wedding Procession, Grabs Stepdad To Walk Their Daughter Down The Aisle Together

Weddings can often be a challenge today especially when it comes to blended families, however they don’t have to be. Jeremy and Brittany Peck have been married about four years now, but what happened on their wedding day in 2015 is still an example for us all.

When Brittany Peck was getting married, her stepdad, Todd Cendrosky, never expected to walk her down the aisle as her biological father was going to be at the wedding. During the preparations for the big day, he thought he’d just be part of the crowd.

“Every time we tried on tuxes or did some planning, it crossed my mind that I’d be sitting in the crowd, not walking her down the aisle,” he said.

But Brittany’s biological dad, Todd Bachman, had a surprise for everybody! He was planning on getting the bride’s stepdad to join them in walking down the aisle.

“For me to thank him for all the years of helping raise OUR daughter wouldn’t be enough. There was no better way to thank him than to assist me walking her down the aisle,” he said. 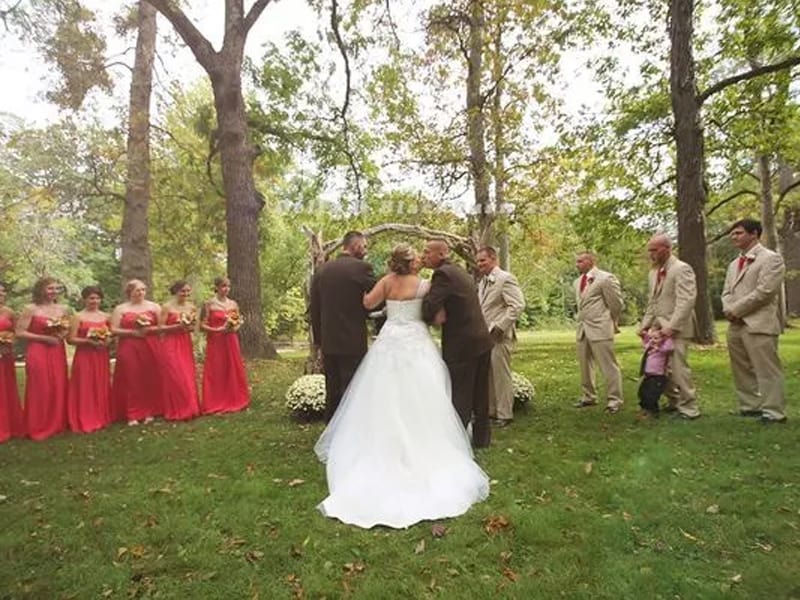 During the wedding, Todd Bachman alerted the photographer to be ready for something special. When it was time to walk the bride down the aisle, he stopped the procession to invite her stepdad who was sitting on the front row, to join them. The stepdad was in tears.

Later Brittany’s stepdad said: “He came and grabbed my hand, and said: ‘You worked as hard as I have. You’ll help us walk our daughter down the aisle.’ I got weak in the knees and lost it. Nothing better in my life, the most impactful moment of my life.”

It was the most emotional moment that any stepdad could experience. The bride was also emotional as she walked with her two dads.

The scenes captured by Delia D Blackburn Photography went viral the moment they were uploaded onto the Internet. Millions of people have now been touched by the heart-warming scene!

Read also: Bride’s Father Died Before Her Wedding, But Her Brother’s Surprise Left The Whole Room In Tears