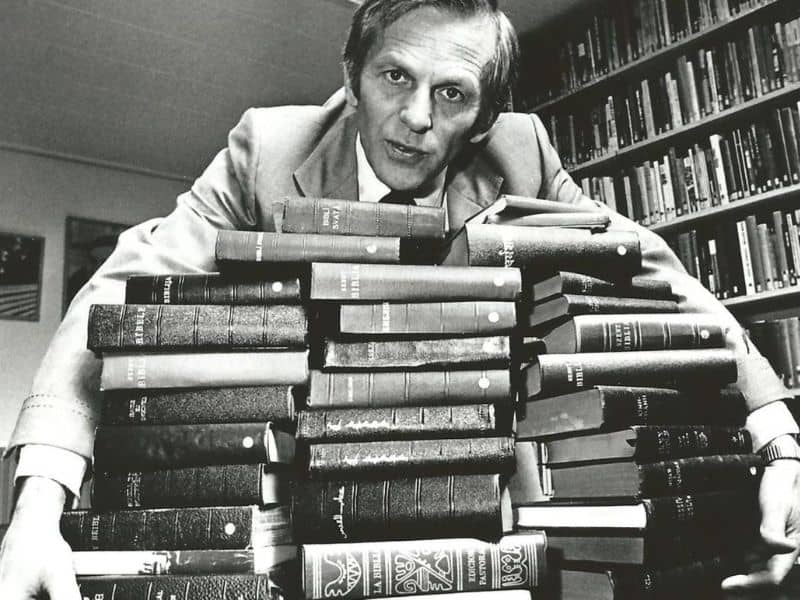 Brother Andrew has left a legacy that impacted the globe. The ministry he founded, the Open Doors, has distributed 300,000 bibles and 1.5 million Christian books, training, and discipleship materials every year to more than 60 countries.

Brother Andrew’s ministry started with his love for the Bible and telling others about God’s Word. So, he would deliver Bibles to countries that deemed the Holy Word illegal. As a result, Christians called him “God’s Smuggler,” smuggling Bibles to communist countries.

The nickname also became the title of one of the best-selling books, “God’s Smuggler,” featuring the life of Brother Andrew. It sold 10 million copies and was translated into 35 languages. 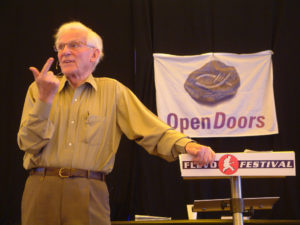 One of Brother Andrew’s stories which he loved to recall and has inspired many, was his encounter with the Romanian guards.

The Open Doors website shared the miracle that transpired at the time.

When Brother Andrew was on his risky and brave mission trip to Romania, he remembered how God delivered him from the enemy’s hands. He attempted to enter the country in his car, packed with illegal Bibles.

But Romanian guards were thoroughly inspecting each car entering the border. He recalled how the guards would stop every vehicle, checking all corners, including taking the engine apart and removing seats.

Brother Andrew knew that only God could turn things around. So, he prayed. “Dear Lord, what am I going to do? I know that no amount of cleverness on my part can get me through this border search. Dare I ask for a miracle? Let me take some of the Bibles out and leave them in the open where they will be seen.”

So, he put the Bibles where the guards could see them.

His turn came. He handed his papers to the guards and was ready to leave the car, but one of them put his knee on the door, stopping Brother Andrew from getting out.

Then, God showed up. The guards just looked through his passport and waved him on.

Brother Andrew passed on and was able to deliver the Bibles to God’s children.

Indeed, his faith and obedience to God challenge each Christian to step forward for God. Brother Andrew leaves an encouragement for every Christian. He said, “The Bible is full of ordinary people who went to impossible places and did wondrous things simply because they decided to follow Jesus. The real calling is not a certain place or career but to everyday obedience. And that call is extended to every Christian, not just a select few.”