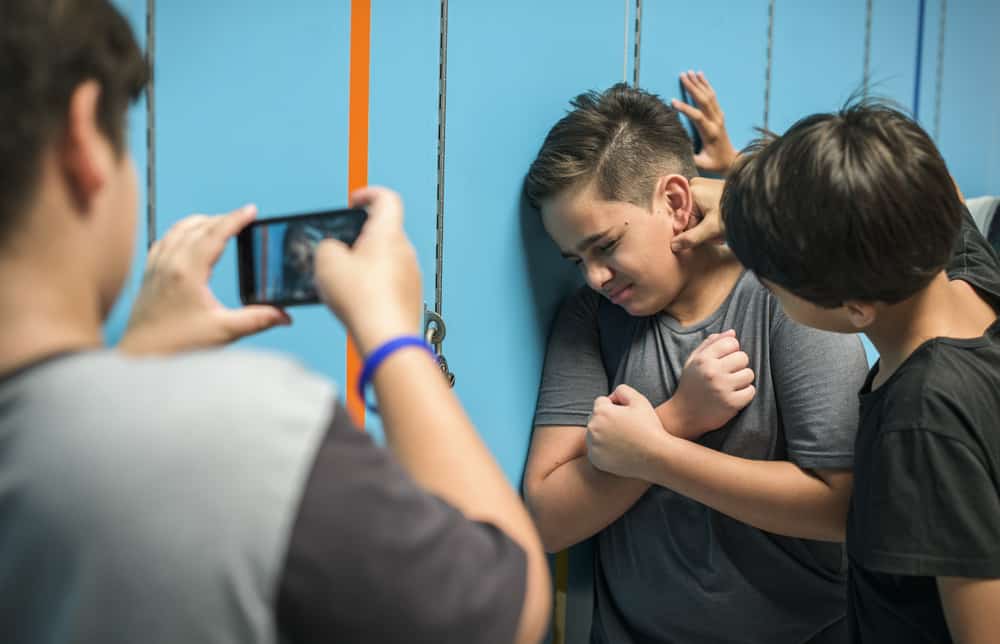 Parents Could End Up In Jail If Their Kids Bully

Schoolyard bullying is a tale as old as time and one that some children don’t seem to grow out of once they reach adulthood. Thankfully these days many schools are parents have decided to take a strict stance against bullying and standing up for the young victims – but how far should the punishment go for a child who bullies?

On October 1st of last year, North Tonawanda, a town in New York, started a new law which aims to stop bullying by punishing the parents of the offending child. As the law states, if a child violates city laws more than two times in 90-days their parent can be fined $250 or be sentenced to 15 days in jail.

In North Tonawanda, the city laws include breaking curfew and bullying which means that if any child is caught in the act of bullying, their parents are at risk for going to jail or being fined.

“We hope to never need to use this law but it’s there in extreme cases,” Greg Woytila, superintendent of North Tonawanda’s city school district, told ABC News in an interview. “But we need to do a better job and we are continually trying to do that.

This new law went into effect after one mother of a bullied child had had enough and wanted to make a change in their town. According to the U.S. Department of Health and Human Services, about a quarter to a third of students in America have admitted to being bullied at school.

With many parents being unsure of what they should do when their child is bullied or being the bully, many situations of bullying go largely unaddressed or are not dealt with properly. Is this law an answer to the problem of keeping parents accountable for their child’s actions? Since this new law has been instituted many people across the country have shared their feelings of both support and anger.

Wherever your beliefs might fall in this debate, what is most important here is that the subject of bullying remains a constant conversation for parents and anyone who studies and works in child development. Because of the brokenness of the world, bullying will never be a problem that will be “cured”-  so instead we must be constantly seeking the ways to help both the bully and the bullied child in each unique situation.

By learning the signs, watching them, and using prayer and patience, hopefully, many issues of bullying can be stopped. Whether or not you are a parent living in North Tonawanda, bullying is a behavior that we should all be working to put an end to for the sake of all our children.