BREAKING
Catch a Ride on a Shared Scooter—“Micro-mobility” Coming to Tel Aviv Next...
Israel Military to Conduct First-ever Simulated Strike on Iran
‘Injury to the Heart of Iran’: Details on the Life and Death...
STAND WITH UKRAINE
Home Tags Posts tagged with "burned alive"
Tag: 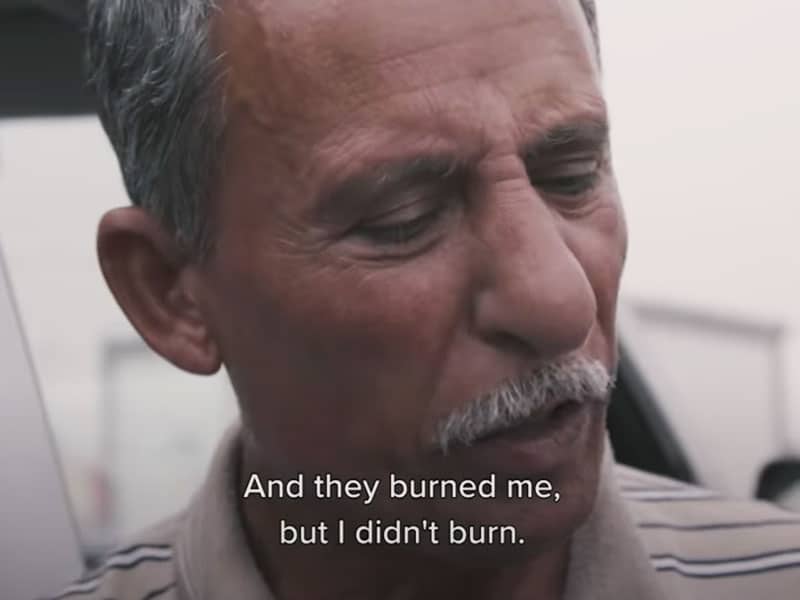 An Iraqi Man Survives Being Burned Alive By ISIS, Says Jesus Appeared To Him Twice

An Iraqi follower of Jesus survived the ordeal of being burned and tortured by ISIS. He says that Jesus appeared to him twice.

A video clip posted by worship leader Sean Feucht features an Iraqi who shared his powerful encounter with Jesus.

Sean and his team for “Heart and Hands: Iraq” met this Yazidi man whose name they did not reveal. Apparently, they were in a certain place in Iraq where the majority of the Yazidi people live. The Yazidi people are Iraq’s most persecuted ethnic and religious minority communities. And this man that they met was once a hostage of ISIS.

An Iraqi Tortured By ISIS

He told them that he had been imprisoned and tortured by ISIS for two months. But surprisingly, he added that Jesus saved him from that torment.

When ISIS found out that he was a follower of Jesus, they hit him with big blocks on his body. But the man gladly said, “The stones were not affecting me.”

Moreover, the man testified how he survived being burned alive. He said, “And the last time, they drenched me with 20 liters of kerosene. They burned me, but I didn’t burn.”

The Yazidi man also disclosed how ISIS pressured him to convert to Islam. He then testified that Jesus appeared to him twice and that Jesus spoke to him as well. However, when asked what Jesus told him, he responded, “No, I cannot tell you what He said. It’s a promise between me and Christ.”

Sean then told him, “Jesus appeared twice to you in a dream because He loves you.”

Later on, the mission team prayed for him. And the Yazidi man told them, “By God, I love you guys with all my heart.”

Sean said that encounter with the Yazidi locale was the first supernatural encounter they had in Iraq.

“When you pass through the waters, I will be with you; And through the rivers, they shall not overflow you. When you walk through the fire, you shall not be burned, Nor shall the flame scorch you.” -Isaiah 43:2