BREAKING
Catch a Ride on a Shared Scooter—“Micro-mobility” Coming to Tel Aviv Next...
Israel Military to Conduct First-ever Simulated Strike on Iran
‘Injury to the Heart of Iran’: Details on the Life and Death...
STAND WITH UKRAINE
Home Tags Posts tagged with "Burrel Davis"
Tag: 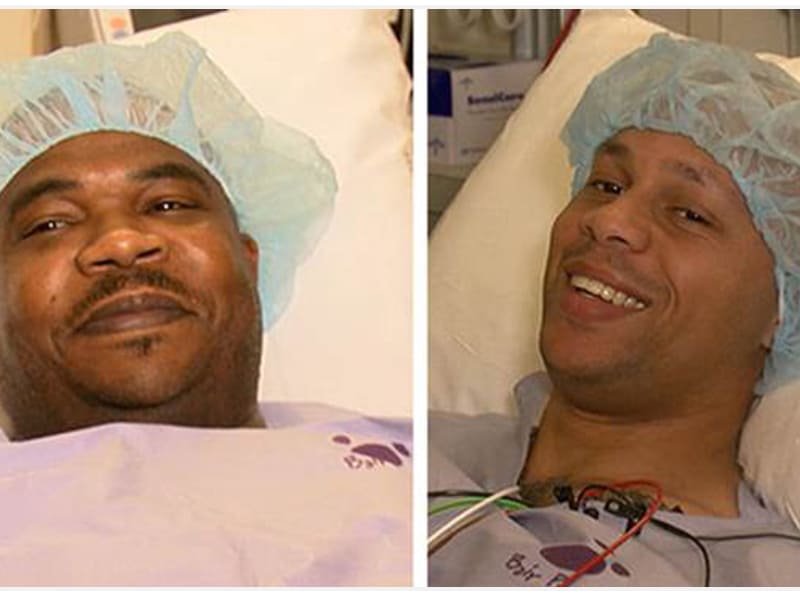 Tennessee Police Officer Donates Kidney To Sargent To Save His Life

La Vergne Police Sgt. Burrel “Chip” Davis was diagnosed with kidney failure. The 40-year-old sergeant needed a kidney transplant in order to save his life. Upon hearing the news, Police Officer Eric Cowder, 32-years-old, got tested to see if he was a match and could be a donor for Sgt. Burrel. Test results revealed that Eric  was a perfect match for Sgt. Burrel.

Sgt. Burrel kept telling Eric that he didn’t have to do something like this. However, the kind-hearted Eric was determined. Not just that he was doing it for Sgt. Burrel, but he was also doing it for his children. Eric heart was that Sgt. Burrel’s children would not grow up without a father.

“He just kept telling me, ‘You don’t have to do this if you don’t want to.’ I was like, ‘Well there’s no backing out not,’” Officer Eric remembered.

The two men underwent surgery at Nashville’s Vanderbilt University Medical Center.  The transplant was a success. Both officers are now out of danger and are recovering well.

“Words can’t express how thankful I am to him for stepping up,” Sgt. Burrel said.

Officer Eric shared that the biggest motivation he had for donating his kidney was for Sgt. Burrel’s children.

“I’m glad I was blessed to be a blessing to him,” Officer Eric said. 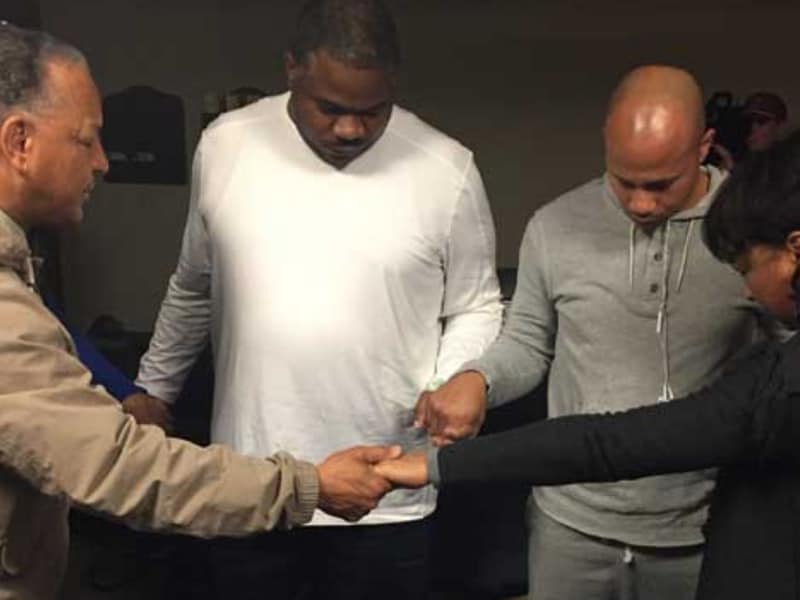 Here is a picture of both Sgt. Burrel’s family and Officer Eric’s family praying before the surgery. It was a beautiful picture of love and sacrifice!

“Both of the City of La Vergne Police Officers, Chip and Eric are out of surgery and in recovery and things look great! Everything is fine so far, so hopefully, they can bounce back and Sgt. Davis can carry on,” La Vergne Fire department posted on Facebook.