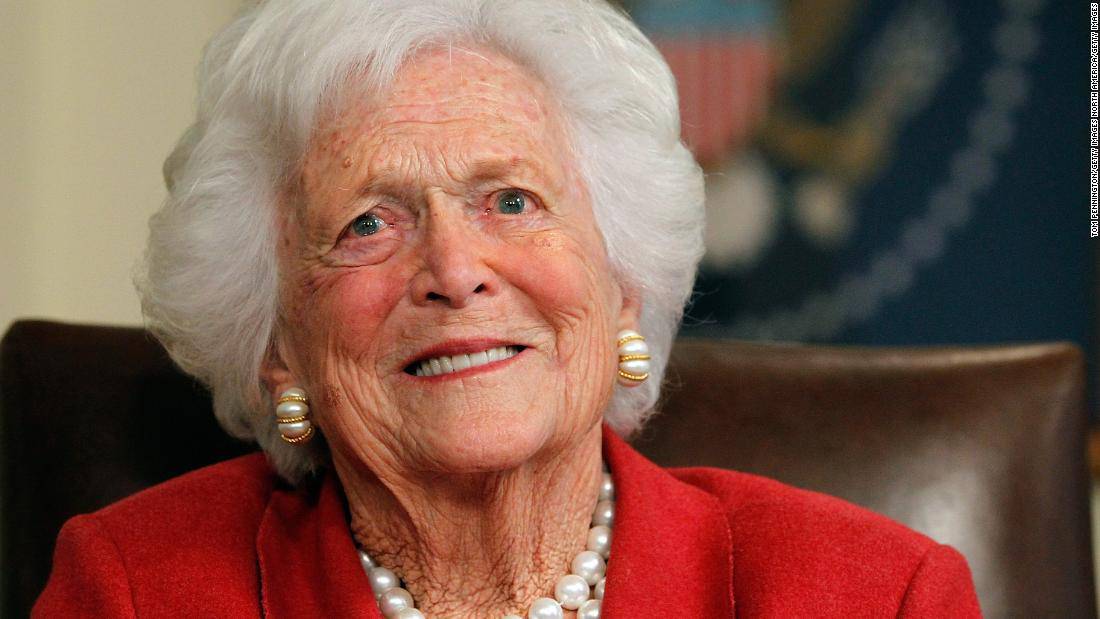 Barbara Bush Leaves a Beautiful Legacy of Love Behind

On Tuesday, April 17th it was announced by a spokesman for the Bush family that the former first lady and wife of George H.W. Bush had passed away at the age of 92. The decision was made a few days prior that Bush would no longer receive treatment for her chronic obstructive pulmonary disease and congestive heart failure.

Barbara Bush, who was beloved both before and after her time as First Lady, leaves behind her husband President George H.W. Bush, five children, 17 grandchildren, seven great-grandchildren, and her brother Scott Pierce.

This past January both Barbara and President Bush celebrated their 73rd wedding anniversary. Their long and beautiful marriage first began on January 6, 1945, making them the longest married couple in United States presidential history.

“My dear mother has passed away at age 92. Laura, Barbara, Jenna and I are sad, but our souls are settled because we know hers was,” said a statement released by former President George W. Bush. “Barbara Bush was a fabulous First Lady and a woman unlike any other who brought levity, love and literacy to millions. To us, she was so much more. Mom kept us on our toes and kept us laughing until the end. I’m a lucky man that Barbara Bush was my mother. Our family will miss her dearly, and we thank you for your prayers and good wishes.”

Bush is most famously known for her volunteer work and the passion that she put into literacy and childhood education. In fact, in 1989 she began the Barbara Bush Foundation for Family Literacy. The foundation’s primary goal was to make people aware of the importance of reading and writing even at a child’s young age.

Her passion for the issues that worried her were driven by a past struggle with depression in the late 1970’s. During this time she was not with her children as often due to President Bush’s rising political career and she deeply regretted her decision to not finish college and pursue a career before having children. However, true to her character of being a strong and resilient woman, Bush took these feelings and focused them into volunteering.

“Everybody has something, whether you have time or money or know-how or space,” she said in a 1989 interview. “The drug problem worries me’ or ‘crime worries me’ or ‘illiteracy worries me.’ If it worries you, then you’ve got to do something about it.”

Bush will be remembered as a woman who believed strongly in human connection and making time for the important people in her life. This is evident in the love and care she showed her husband, children, and many grandchildren. Even as First Lady of the United States of America, Bush did not let the role intimidate her into holding her tongue against the many insults that were hurled towards her husband.

“She’ll go to bat for me, somethings more than I’m inclined to myself,” said her husband during a 1984 re-election campaign. “She’ll take ‘em on head to head, dog-eat-dog. And that’s fine.”

This fiery, stalwart inner strength came from a equally steadfast and deeply felt faith in God. During a final conversation with his mother, Jeb Bush asked Barbara what she thought about dying. She answered as only one experiencing the peace of the Holy Spirit could:

“Jeb, I believe in Jesus and He is my saviour. I don’t want to leave your dad but I know I’ll be in beautiful place.”

What an incredible legacy Barbara Bush has left on this earth. Let us all rejoice in her arrival at that beautiful place.