BREAKING
Catch a Ride on a Shared Scooter—“Micro-mobility” Coming to Tel Aviv Next...
Israel Military to Conduct First-ever Simulated Strike on Iran
‘Injury to the Heart of Iran’: Details on the Life and Death...
STAND WITH UKRAINE
Home Tags Posts tagged with "Celibacy"
Tag:

Evelyn Lozada, the ‘Basketball Wives’ reality star recently revealed a surprising revelation on her Instagram. She got baptized and gave her life to Jesus.

The 43-year-old reality star is known for her daring character. She is a model and an American television personality. She’s also known for posting sexy photos of herself on social media. However, on November 19, her life started to change its course.

Read Also: Thousands of Souls Decided to Follow Jesus and Got Baptized in the Philippines 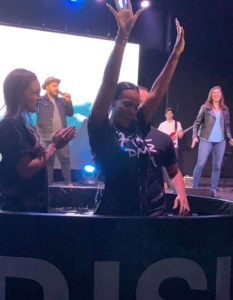 Evelyn revealed to her (over 4 million) Instagram followers that she got baptized and gave her life to Jesus. The post wrote, “This journey though personal is also about staying true to who I am, who HE is and what truly feeds my soul ❤️????????”

After that public confession, she told Baller Alert, “Something was missing; it was on my heart, it was on my mind [to get baptized].”

She then added, “My soul needed something positive.”

Her Vow To Abstain From Sex Before Marriage

Evelyn also revealed how she vowed to abstain from premarital sex after her baptism. She opened up how choosing to follow God led her to make better choices.

“I’m done with premarital sex. I felt like, [in] those relationships, I lost a piece of me every time I had sex [out of wedlock],” she confessed during the interview.

The sexy reality star is known to have had high-profile relationships in the past. Like the athletes Chad Johnson, Antoine Walker, and Carl Crawford.

She then explained regarding her vow to celibacy, “With what my journey is, if they’re not with it then I feel like it kinda clears out the BS. That’s what I want for my life.” 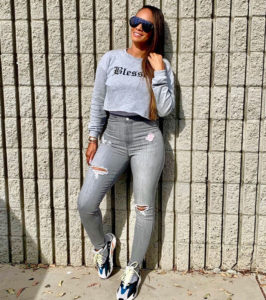 The star also reflected on her actions on Basketball Wives. She then realized how she wanted to do better in the upcoming season.

“I think about things and I’m like, ‘Oh my gosh, maybe that wasn’t the right way to handle that situation,’ or ‘What is my daughter going to think when she sees this?’”

Evelyn, very determined for change said, “Whenever we start filming it’s going to be the real true facts because me getting baptized and really wanting to do it for God in the right way, it’s not going to be easy. But I’m determined to pass the test.”

And she also professed that from the day she gave her life to God, she will no longer live for public attention.

Read Also: The Dating Project: How These Friends Brought God Back into the Dating Conversation