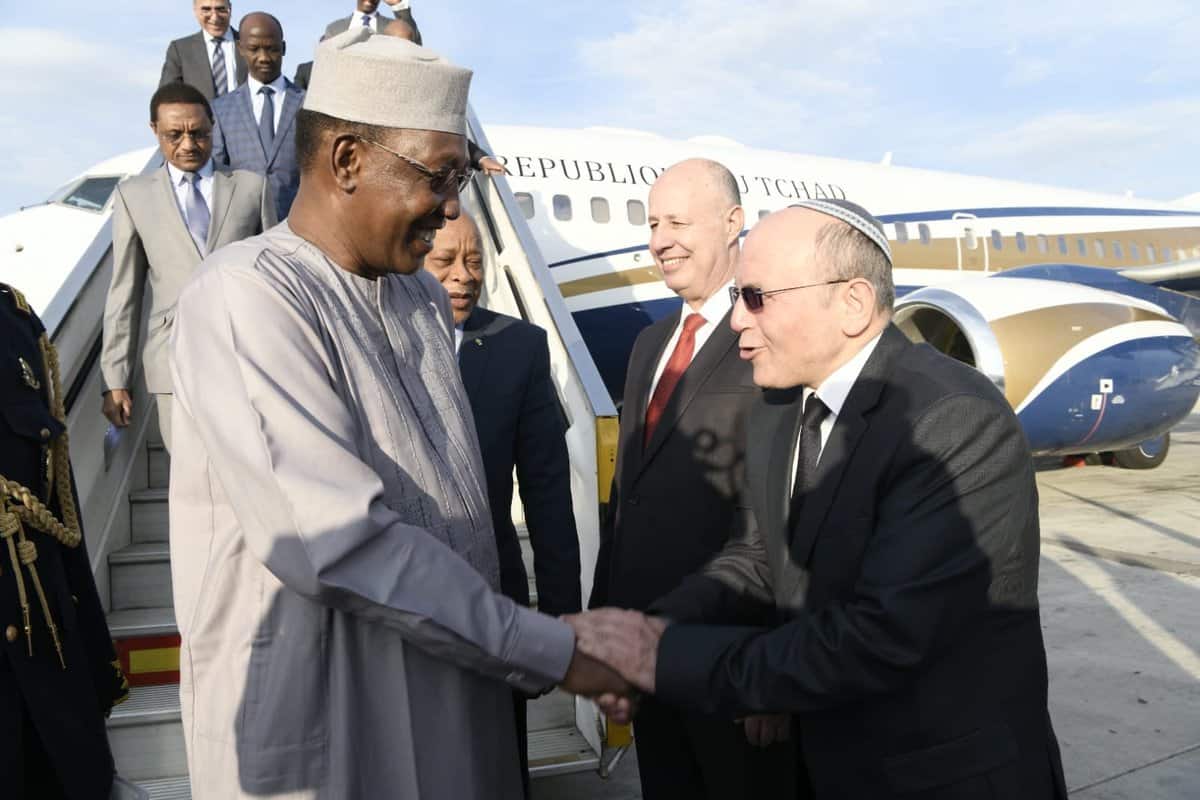 Prime Minister Benjamin Netanyahu met on Sunday, the President of the Republic of Chad, Idriss Deby, in a historic visit for the leader of the Muslim-majority nation in north-central Africa, which does not have diplomatic relations with Israel.

“This is an historic visit, the first by President of Chad to Israel since the establishment of the state. The visit comes against the background of the manifold diplomatic efforts let by Prime Minister Netanyahu  in recent years,” Prime Minister’s Office wrote in a statement.

“This is an additional diplomatic breakthrough . This is an historic and important visit that comes against the background  of the efforts we have led. I welcome the President of Chad on his arrival in Israel,” Netanyahu added.

Netanyahu later told the Cabinet that he had met Deby at the recent ceremony in Paris marking the 100th anniversary of the First World War.

The prime minister will hold a private meeting with Deby, following which the two will give a joint statement to the media and in the evening they would meet again at dinner.

While Sunday’s visit is the first-ever by a president of Chad to Israel, the two countries had diplomatic relations until 1972, when N’Djamena severed ties with Jerusalem after coming under intense pressure from Arab countries.

In 2016, the then-director-general of the foreign ministry Dore Gold headed a delegation to Chad and met with Déby in what was the first diplomatic meeting since the end of the relations.

Gold said Chad is an extremely important country for Israel from “both from a diplomatic and economic point of view”.

“Chad is a Muslim country that is strategically located  between Libya and Sudan. It is a country that is very active in Africa and that sent peacekeeping troops to the Central African Republic (MISCA) and Darfur,” Gold told TPS, noting that the arid landlocked  needs Israeli water technologies.

Netanyahu has made the push into Africa one of his top foreign policy objectives, with the hope that in the long-term, the strengthening of ties with African nations will break the automatic Arab majority at the United Nations.Over the last two years, he has traveled three times to Africa, visiting Kenya, Rwanda, Ethiopia, Uganda, and Liberia and meeting with leaders from Mali and Somalia.