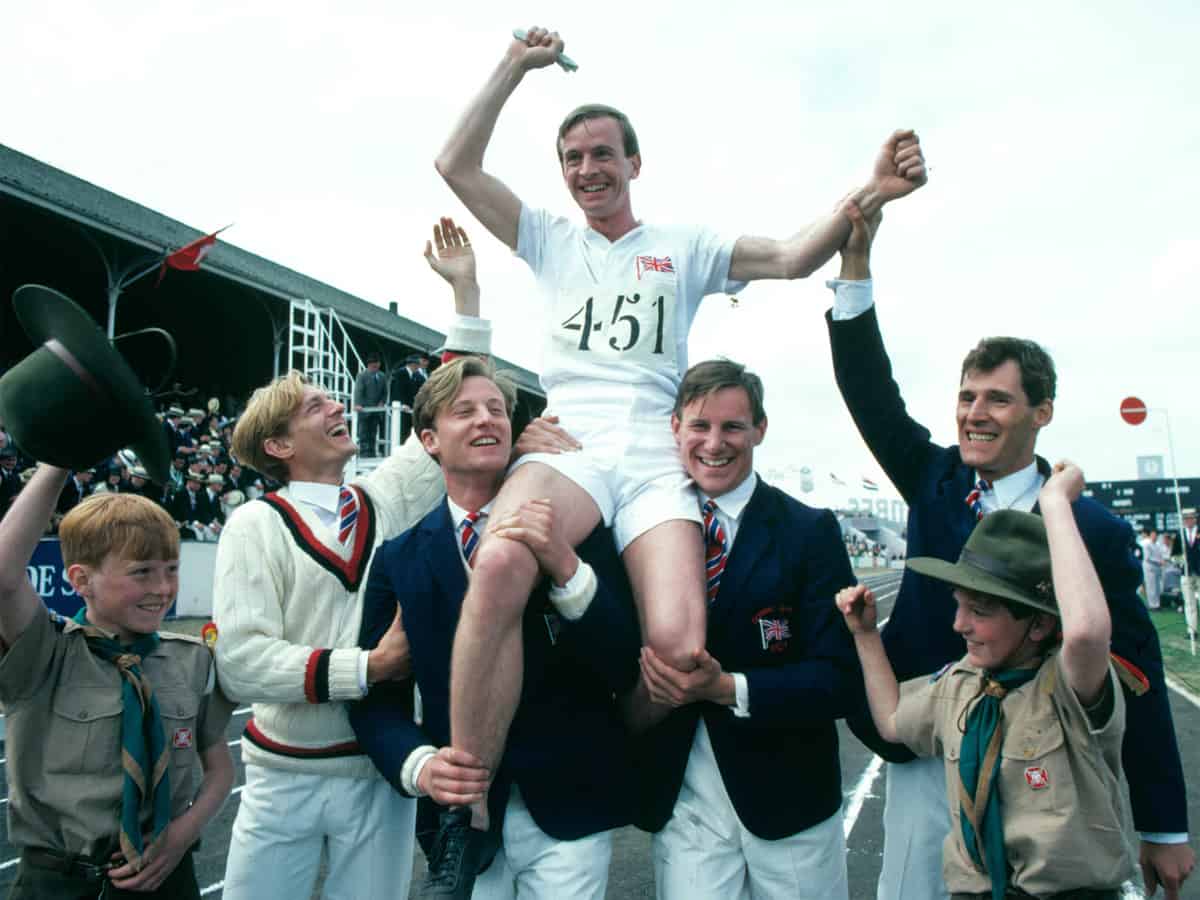 Despite the fact that I think Raiders of the Lost Ark deserved to win Best Picture at the 1981 Oscars, I still have a tremendous love for the film that beat it: Chariots of Fire. A perennial favourite amongst Christians, Chariots of Fire remains a stirring, inspirational piece of work over thirty-five years since its original release. Familiarity, parody and the theme tune by Vangelis becoming embedded in the popular consciousness have not dimmed its considerable power.

Based on the true stories of 1924 Olympic athletes Harold Abrahams (Ben Cross) and Eric Liddell (Ian Charleston), the film explores the motives and character of each man. Strict Scottish Presbyterian Liddell runs for the glory of God, whereas Abrahams runs against institutional anti-Semitism. One sequence of Abraham’s training features Gilbert and Sullivan’s For he is an Englishman from HMS Pinafore on the soundtrack, to amusingly ironic effect. Liddell by contrast anguishes over whether or not he should run on a Sunday.

The leads are excellent, and the supporting turns by the likes Nicholas Farrell, Nigel Havers, John Gielgud and Ian Holm equally so. Director Hugh Hudson’s memorable use of slow-motion has since become cliché, but it works very well here. The finely observed screenplay also has an agreeably, anti-authoritarian edge to it, which cleverly counterpoints the sentimentality. Pot shots are taken at everyone from snobby, casually anti-Semitic Cambridge porters and professors to the Prince of Wales. At one point, there is an understated but powerful condemnation of the age of Enlightenment, when one of the Olympic Committee berates the godless attitudes that ultimately led to the First World War.

Ian Charleston’s terrific performance really sells moments where Liddell delivers sermons in the rain, or expresses how he doesn’t want children growing up thinking God is a spoilsport, which makes his principled stand all the more believable. Such angst ridden Presbyterianism should not be misconstrued as merely a legalistic refusal to run on Sunday, but a desire to honour God even above one’s ambition; a lesson sadly unheeded by many Christians (let alone non-Christians) today. The upshot of Liddell’s inward struggle packs an unashamedly sentimental wallop, and remains intensely moving, never failing to bring a tear to my eye.

In short, Chariots of Fire is worth revisiting again and again, even if I think Raiders of the Lost Ark deserved that Best Picture Oscar more.