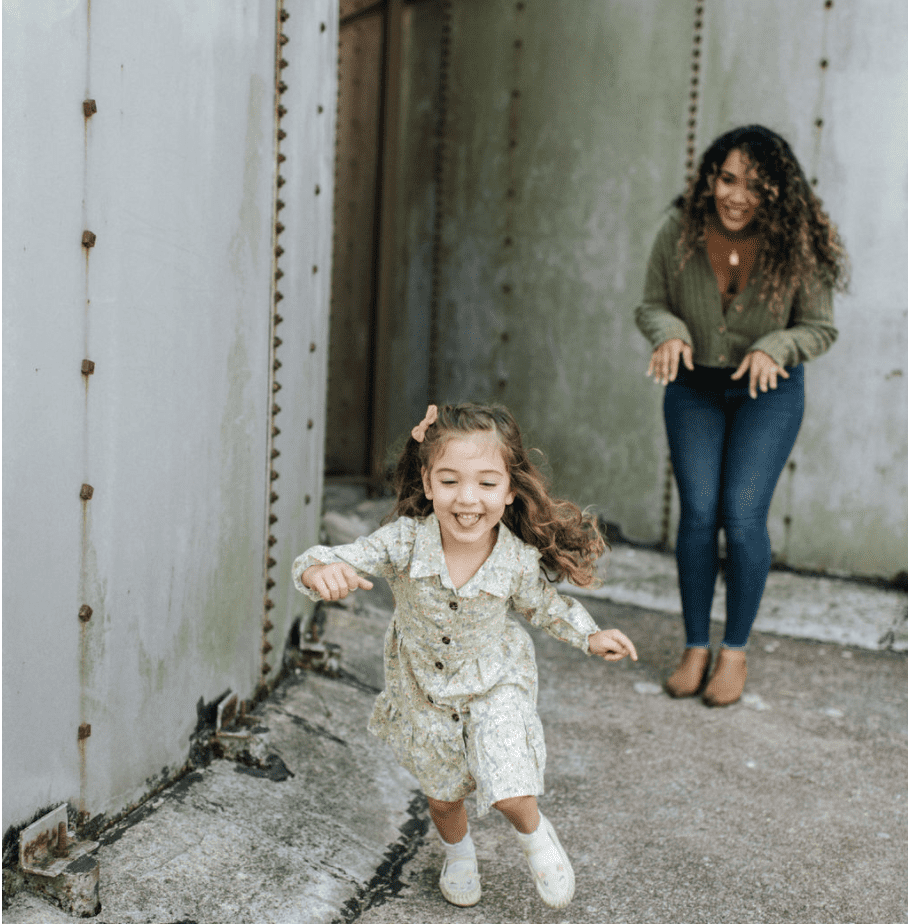 How Art Can Help You Discover Your Purpose And Destiny

Are you in the middle of a self discovery journey? Would you like to begin to know more about your destiny in your life and in God’s Kingdom?

Do you know that art can not only help you find yourself, but show you what you most love and desire. It can also show you where to begin to birthing your destiny.

I remember asking God one day to please help me be able to finally walk into my calling. I did not get the answer I expected…or honestly even wanted.

He told me to start painting.

You must know that before this point, I had only painted once in my life. I was so embarrassed at the outcome that I never painted ever again. So, when I say I was not excited about doing this it’s an understatement.

I did not consider myself a artist but I decided to be brave and try. I figured that there was a reason art class was part of the school curriculum and why it’s considered to be so important in our development years. I figured it was probably because there is no better way to teach a student to be all they can be and discover their purpose.

What Does Painting Have To Do With Your Destiny?

Art is something that can be both inviting and intimidating. Very much like risks and adventures. On one hand, the word risk is intimidating and on the other, adventure is inviting and exciting. However, they are both the same thing, just with a different approach. What differentiates the experience you have with art is your faith. Let’s define faith as “your approach”.

Yes, faith is part of this equation. If you have faith and believe in anything in your life, then you carry the potential to create inside you. That means your approach (faith) is a part of what you CAN do. Fear can also be an approach in which you create the situations that say confirm CANNOT do something.

Faith is what “creates” confidence in what you’re doing or thinking. So if you feel you’re having a hard time with your purpose you can quicken the process by taking risks, like painting or any kind of artistic expression, that both invites you and challenges you. For example, the artistic expressions of dancing, drawing and even fixing things. The point is to do something that you have only imagined but never really tried. Taking that step will quickly grow confidence in yourself.

In summary, risk taking and faith birth creativity, which then leads to confidence, which then brings forth your purpose.
Your purpose will inspire others around you which will result in stepping into your destiny. That easy!

Where Your Destiny Unfolds

When we are discovering ourselves the first step is to heal from what is holding us back. It can be our past, trauma, or wounds. Then, when you start feeling more whole you are strong enough to play in your new found freedom. Some of us, have to learn to play again because the blank canvas of our new freedom can make us cringe in fear of doing something they’ve never done. Thoughts like; “What if I don’t do it right?, “This may be my only chance”,  or “Maybe I’m no good all together?”

Maybe some of the previous thought examples resonated with you. Maybe it’s time to grab that brush in your life and dip your brush in knowing that the ‘Master of Art’ is telling you that you CAN do it. You don’t have to even want to. Faith can be as small as “Ok, Teacher if you think so, I’ll try.” Trust is letting go of it all and giving up control – even letting go of insecurities. Once you put that paint brush to the canvas you can make the mess you were so afraid of making. It might even be fun! Just like when you were a child, scrapping your elbows and knees meant you played NOT that you failed.

The Child In You Knows The Way

Move. Paint. Jump. Dance. The Teacher of teachers is there to guide and protect you. You can just be a child and focus on learning more about yourself. Worry and doubt steal so much time and energy, but being childlike is not having a care in the world in the world. Now go, whatever that may mean for you, and start playing and leave the outcome to Him. This is how you will accelerate your destiny. 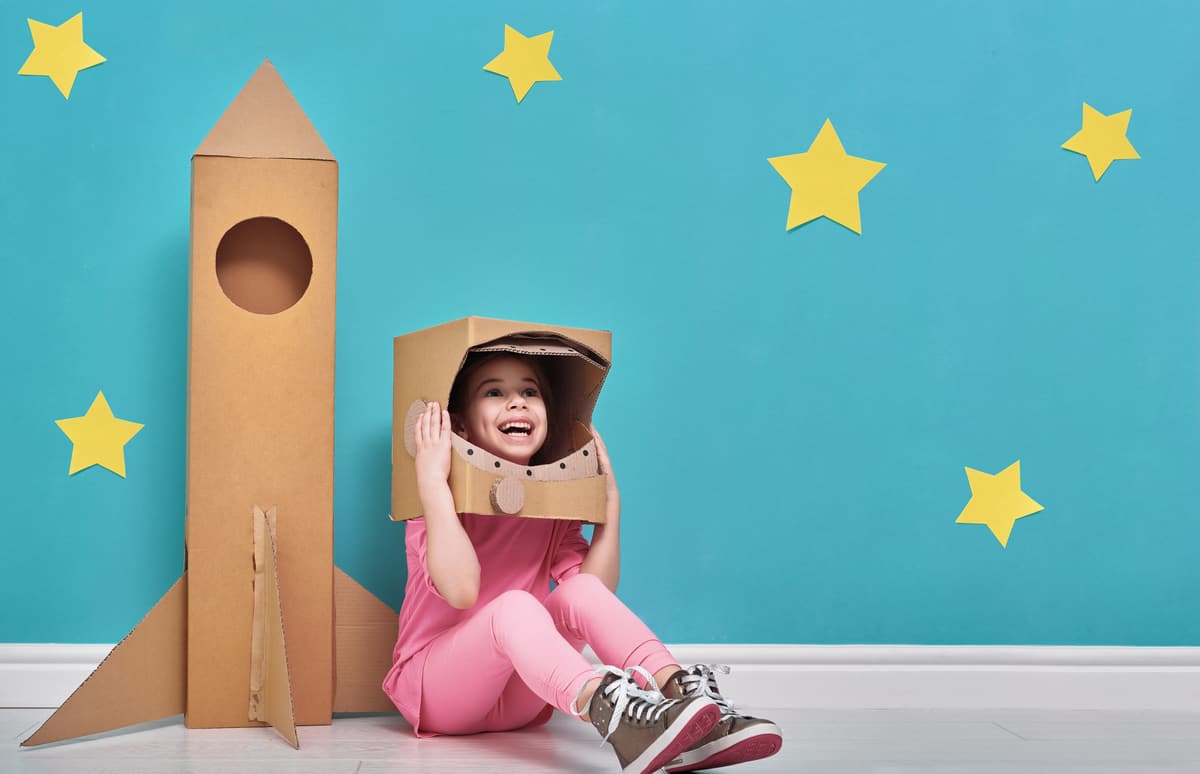 A Call to be Childlike: The Kingdom of God Challenges Our Nature

God’s nature is different to our own

When Jesus was here on earth, He came and challenged the way human nature was set up. We are always striving to grow up, but He told us to be childlike.

The Kingdom of God, what our lives are supposed to look like here on earth, always challenges our nature.

In the Kingdom of God, first is last. Foolishness is wisdom. Servanthood is leadership.

The least is greatest.

It’s so easy to get into this striving of heart, where we want to be great. We want to be known and hold accolades, and I’ve sadly seen it run rampant in church circles. If we can all be honest, we would acknowledge that there is human nature and flesh in all of us that is striving for that greatness of being known.

What do I live for?

But it’s in these moments we ask ourselves:

What kingdom are we trying to gain? What is our motive?

While many want to find themselves closest with the most popular, Christ is continually drawing us to be known in the circles of the least popular.

Human nature wants to strive to be the biggest in the room; To be the most impressive; To have the most letters behind their name; To know the most people.

But the way we enter into the Kingdom of God is not according to our accolades and our pursuits.

Do you remember when the disciples asked Jesus who was the greatest in the Kingdom of Heaven?

I think they were expecting some lofty answer. Some answer that probably included who they knew, what villages they preached in…

But what was Jesus’ answer?

He called a child to Him and said,

That’s how you are great.

And I’m certain it shocked them all, because really, what does a child have to give that makes them great?

I believe us as believers have received this simple call:

But are we ok with it being simple? Are we ok if the reason something happens, is not because “we” made it happen, but we believed that GOD was big enough to do it?

What I learned from working with children

I’m part of a work called ABBAhouse: Thessaloniki, a children’s home in Greece, and through this the Lord has taught me more about the heart of the Father than ever.

So many experiences the kids in ABBAhouse have had already as children have caused them to grow up prematurely.

Our prayer is that Jesus would restore their innocence and that they would have permission to be childlike again. And we have seen that. They are running and dancing like children again. This is the heart of the Father.

And this is His heart for you because you are His child.

It was being around these fatherless hearts that I began to notice the different parts of my life where I had an orphan spirit.

The kids in ABBAhouse used to have to beg and work for their own food, but now what is their job? To be kids. To play. To rest.

They don’t spend their day trying to figure out and worry where they are going to get food or clothes. They have encountered the provision of the Father and now their responsibility: come to the table to feast when they are called.

So what’s our responsibility as believers?

There’s a table set for you with EVERYTHING you need. Jesus is just asking, “What do you need? Is it peace? It’s here at the table. Is it Joy? Is it provision? Just come to the table and feast.”

And we can come to Him in that childlike faith…that faith that believes what the grown up says, even if it’s impossible.

Try waving at a plane…

One time, years ago, I was taking care of my friend’s 3-year-old little girl. We were out on a walk and saw an airplane fly above us. I said to her, “Look the people are waving at us in the plane!”

She had the biggest smile and began to wave wildly at them!

It was in that moment I learned something about childlike faith.

If you would say that to an adult they would either ignore you or give you a sympathy laugh at your bad joke. But they DEFINITELY wouldn’t believe you, because they’ve lived long enough and experienced things enough to know that just isn’t possible.

What is beautiful about children? They will believe what is said to them, even if it’s impossible.

That’s the kind of faith we are supposed to have.

Don’t laugh at the “impossible”

How many times has the Lord spoken things to us that are impossible and we just laugh it off, because we’ve seen too much, been lied to by people and disappointed by our experiences, that we don’t really believe what God has said?

For me, I’ve resolved that the older I get, the more childlike I want to be.

That may mean I get laughed at sometimes for believing impossible things, even to the point of being called naïve.

But I’m willing to take that risk if the reward is the Kingdom of Heaven.

Friend, the Lord wants to restore our innocence.

We may have been lied to, disappointed in life, felt the weight of the world and our family were on our shoulders.

But The Father God, He is giving us permission to be childlike again.

He is giving us an invitation for greatness.

It is found in being the least.