BREAKING
Israel-led Team Solves Mystery Why Lightning Strikes Fewer Times Over The Ocean...
Tourism In The Holy Land Is Soaring Back Up To Pre-Pandemic Highs
Lapid Speaks Directly To Palestinians—Offers Them “Another Way” Out Of The Ongoing...
Home Tags Posts tagged with "Christian antisemitism"
Tag: 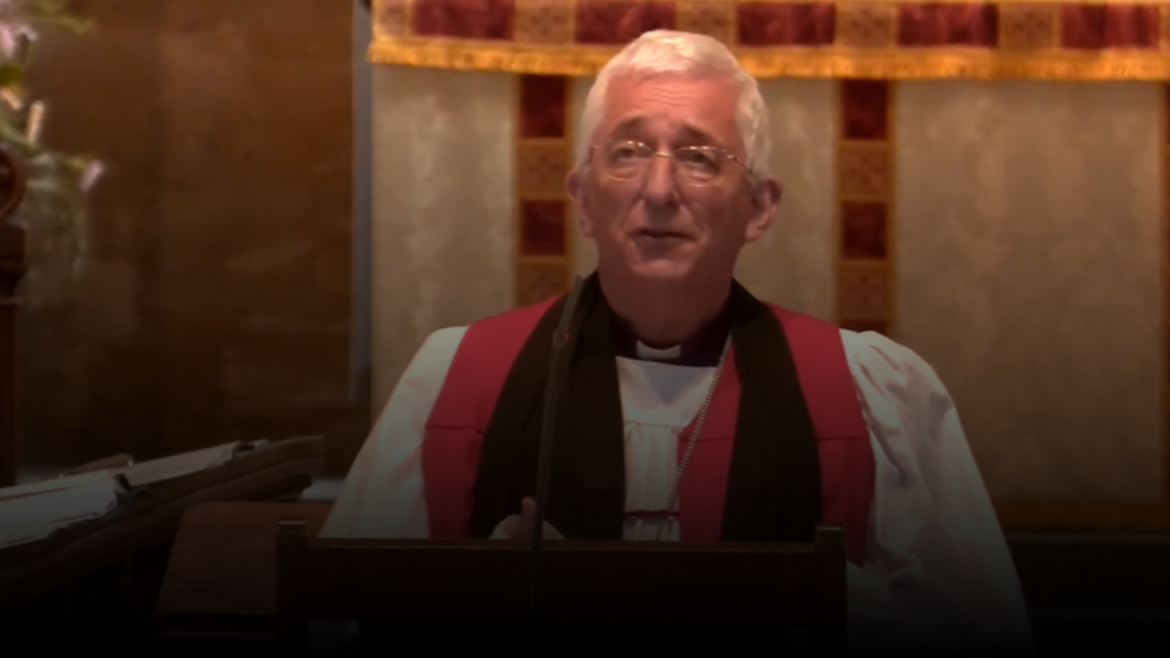 Church of England Apologizes for Laws Expelling Jews 800 Years Ago

Eight hundred years ago, Genghis Khan and his sons were terrorizing and conquering the world; Henry III was the king of England; the 5th Crusade was bogged down in Egypt; and in 1222, the Church of England issued a decree that eventually led to the expulsion of Jewish people from England for almost 400 years. On Sunday, on the 800th anniversary of the edict, the Church of England held a special service and issued an official apology to the Jewish community.

“Today’s service is an opportunity to remember, repent and rebuild,” the Archbishop of Canterbury, Justin Welby, tweeted. “Let us pray it inspires Christians today to reject contemporary forms of anti-Judaism and antisemitism and to appreciate and receive the gift of our Jewish neighbors.”

The service was held in Oxford at Christ Church Cathedral. Britain’s Chief Rabbi, Ephraim Mirvis, attended, as well as representatives of the archbishop. To be clear, the Church of England didn’t even exist until the 1500s, when Henry VIII wanted to have his marriage annulled, and the pope said no. However, the Roman Catholic Church’s Oxford representative said they were “fully in accord” with the apology. The archdeacon of Oxford said it was time for Christians to repent for “their shameful ways” and “reframe positively” their relationship with the Jewish community.

The eventual expulsion of Jewish people from England began with a decree in 1222 by the Church at the Synod of Oxford (an assembly of church leaders). The synod made it forbidden for Jews and Christians to socially interact, levied a specific tax (tithe) on Jews, and required Jewish people to wear an identification badge. The practice of singling out Jews by requiring special clothing or markers is believed to have begun in the Muslim-dominated countries in the 8th century. It was picked up by the Church in the Medieval times (the 1200s) and revived with a vengeance by Hitler and the Nazis in WWII.

The Synod of Oxford also banned the building of new synagogues and restricted Jewish people from some professions. The Church’s decrees led to anti-Jewish laws. Jews were arrested, imprisoned, and even hanged. And then, in 1290, the Jewish community (3,000 people) of England was expelled, stripped of their lands, homes, and country. It would be 360 years before the Jewish community was welcomed back to England—in 1656, when Oliver Cromwell briefly ruled England.

Professor Tony Kushner, who teaches Jewish/Non-Jewish Relations at Southampton University, said that while the Church of England was not in existence in the 1200s, “it regards itself as the leading voice of Christianity in Britain today” and, so, “the apology has some merit in recognizing injustices that were done.”

The Church of England has made strides to repair relations between Christians and Jews in the last few years, acknowledging that centuries of Christian antisemitism in Europe laid the groundwork for the Holocaust. And the Church has great concerns over the rising tide of antisemitism today.

In the past, Rabbi Mirvis has expressed appreciation for the Church’s efforts but has also been critical, saying that the Church has still not addressed the issue of how it tried to force Jews to convert to Christianity in the past, and even today, he criticized that some Christians see Jews as “quarry to be pursued and converted.”

As a Jewish believer, I welcome efforts to “provoke Israel to jealously,” as Paul encourages. But there is nothing in the New Testament that should lead anyone to force someone else to convert. We reach out to people with love and compassion, not intimidation and coercion. And furthermore, we don’t convert from one religion to another—from Judaism to Christianity. As Jews, we embrace the Jewish Messiah, Yeshua, and continue as Jews like the apostles.

The British church taking responsibility for 400 years of antisemitism is a big step. May it open the doors for more British Jews to find their Messiah.