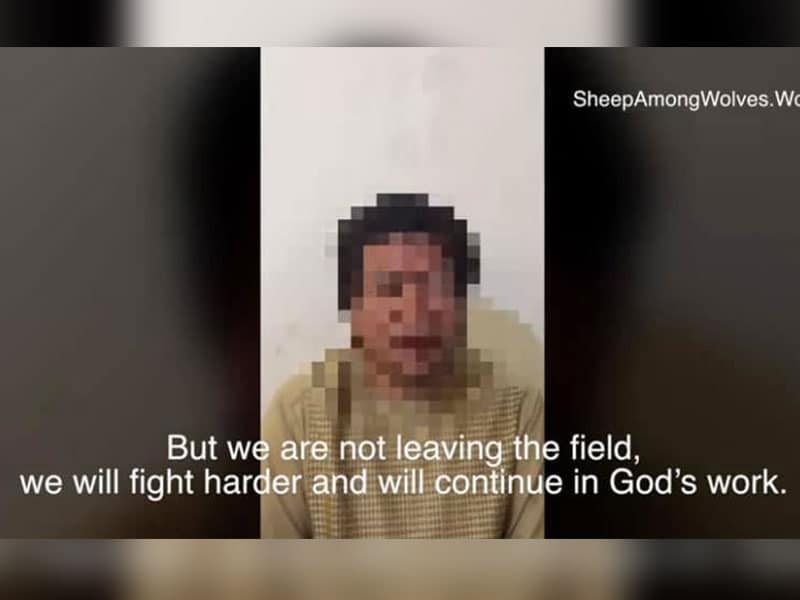 A Christian missionary in Afghanistan recorded an emotional video on the Taliban taking over the country to keep it in history and says they will continue God’s work even in the face of death.

Amidst the unrest in Afghanistan with the Taliban taking over the country, Christians are threatened to face heightened persecution. As previously reported by GOD TV, the Taliban “has a great number of influence” they use to obtain information. Hence, they are likely to face death anytime with the extremist values that the Taliban upholds. 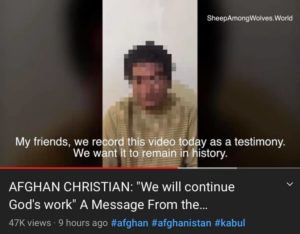 In a video going viral on Facebook, a Christian missionary in Afghanistan brought to light the reality Christians are currently facing there. The man took the courage to record the video as to what seemed like a farewell video to the first day of Taliban rule.

The Christian missionary revealed that it had been twenty years since they started God’s work in Afghanistan. And while in tears, he said, “All of our work over the past twenty years has been lost overnight.” 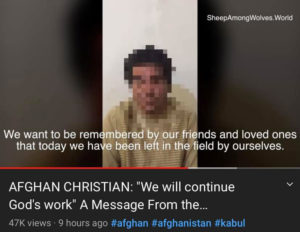 He then went on to share how heartbroken they are and how much pain they feel right now. They are crying not because of fear but because their hearts are aching for what the extremist group did to their country.

Moreover, adding to their sorrow is how the world abandoned them. The missionary said, “Those who said they support us, have now abandoned us to the worst situation imaginable.” 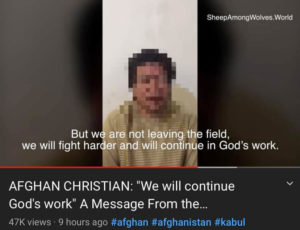 But despite the uncertainties and threats with the Taliban now ruling Afghanistan, the Christian missionaries want to leave a legacy should they die there.

Not Leaving The Field

“We want it to remain in history,” he added. And despite being left by themselves on the field, they aren’t leaving the field.

“We will fight harder and will continue in God’s work,” the missionary said. “If we are no longer with you, remember this word from our unbroken hearts.” 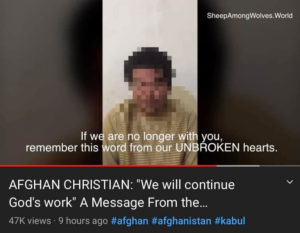 Let’s continue to pray for Afghanistan, especially the Christians who are facing persecution right now.

“For I consider that the sufferings of this present time are not worth comparing with the glory that is to be revealed to us.” -Romans 8:18

Watch the full video on this Facebook link: https://fb.watch/7yOS6mPnWB/