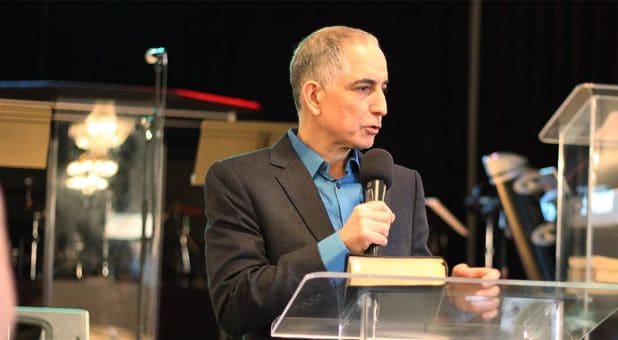 Contrasting the Kingdom of God and Christian Nationalism (Part 2)

Read the first part of this article here.

As Christians, we are called to interpret national politics through the lens of Scripture. Unfortunately, nationalists interpret the Bible through the lens of their political and national identity. This interpretation skews the way they treat people who do not politically identify with them. Thus, for nationalists, they have a narrow view of the Bible. They highlight only biblical passages that back up their ideology while ignoring the rest of Scripture that they may deem to be “uninteresting.”

Some Christian nationalists act as though their choice for a leader (president, prime minister, etc.) is some Messianic figure that their nation depends upon to rescue it from the hands of evil people. While God does command us to pray for our rulers, the main focus is so there can be peace. This peace is to pave the way for the gospel to go forth so people can be saved (1 Timothy 2:1-5). In the case of the United States, no matter who ultimately gets elected as president, the nation will be in trouble unless the Church passionately seeks God for an awakening. An awakening will be the only thing that will transform our ethos.

Conservative Christians may correctly assume that a Trump presidency must maintain religious liberty for churches and Christian-owned businesses. However, what good is this liberty if Christians are not passionate about utilizing their freedom to share the gospel? The Church is growing exponentially in many nations where Christ-followers are being persecuted (i.e., China, Iran, North Korea, Nigeria, Sudan, India).

To quote the Lord Jesus, “My kingdom is not of this world” (does not emanate from this world, John 18:36).

I have observed that even politically active Christians can be Kingdom centered, even while they are campaigning for a leader or a cause. It is okay to be passionate about politics, policy, and the economy for the sake of our country’s well being. For example, some Christ-followers express their commitment to the Kingdom through their assignment in politics in the same way a plumber can be committed to the Kingdom while fixing pipes.

That being said, there is indeed a fine line in discerning the difference between passionately loving our country (which has more to do with being a patriot committed to the good of their nation) and an unhealthy expression of nationalism. (Nationalism is blind to everything else except reclaiming national greatness. It is dispassionate about advancing the gospel).

Consequently, even a Christian activist should have as their primary goal a spiritual awakening that will transform millions of hearts from the inside out.

9. Christ-followers are primarily identified with the Kingdom of God. Nationalists mostly derive their identity from their nation.

Christ-followers are called to derive their primary identity from their sonship with the Father (Romans 8:14-17). This makes them a partaker of the Kingdom, out of which they live and move and have their being (Acts 17:28, Colossians 1:13). This is different from those who wrap the gospel with the flag of their nation. It gives the impression that their primary identity is derived from their country, not the Kingdom. Christian nationalists are obsessed with the political causes they think will bring Christian utopia to their country. They rarely talk about Scripture unless connected to a particular reason like justice, abortion, or the family.

This contrasts with the great commandment that tells us to “love the Lord with all of our heart, mind, soul, and strength”. Although the second commandment to love our neighbor can fit in the construct of political engagement, it is still second to being passionate about God (Malachi 3:16-18, Matthew 22:37-40).

May the Church put His Kingdom and His righteousness first so that God can trust believers, who genuinely represent His heart to the world, to be the gatekeepers of culture.