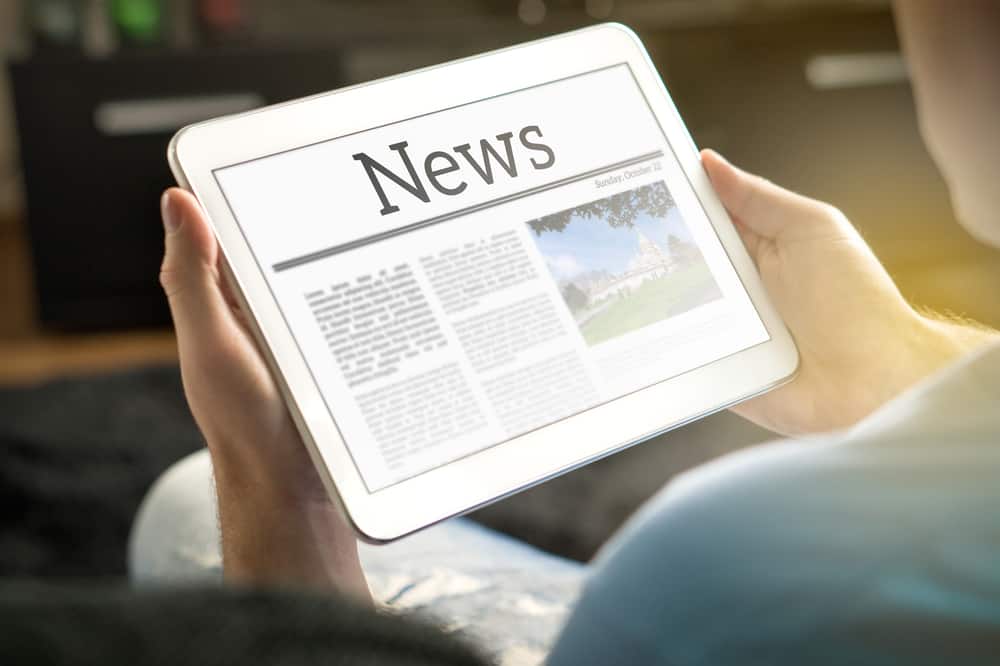 It is difficult to watch the news nowadays. Especially the cable news channels. They are all skewed – deliberately bent one way or the other. All outlets more concerned about mudslinging than delivering an unbiased news story. Another thing absent from today’s broadcasting sources is God. It would be wonderful to find a source that takes headlines, deliver the story, then give commentary on what God’s Word has to say about it. GOD TV news does its best to do just that. They give a Biblical account of stories that have national and international implications.

Most news stations are preprogrammed to deliver the bad stuff first. In fact, most of the program is who did what to whom and the things that you need to be afraid of. Then to placate the fear they spent 58 minutes handing out, they have a minute and a half “feel good story” at the tail end of their programming. But by that time, most people have tuned out – usually after the weather forecast, or a highlight reel if you missed the game.

The local news is always the same. Crime is up, employment is down, and the sky is falling, it’s falling the sky. “The is no hope, it’s never going to get better,” is the basic message. Then, “Oh, by the way, one local teen is setting up a food bank for the homeless. Thank you and good night.” GOD TV news is different. While they do not yet tackle what is happening in your local area, they are big on giving depth to national headlines from a Biblical standpoint.

From news about Trump and American policy to the stock market, to state regulations, GOD TV news delivers fact base reporting and then looks at the news from a Christian standpoint.

This is where GOD TV news excels. They help those of us who do not understand what is going on overseas. Predominately surrounding how God’s Kingdom is spreading throughout the world. We do not see truly what is going on over the pond. Real struggles that our national broadcast may flash over or simply ignore, GOD TV reports. Better than that, they dig deeper and show the spiritual aspect of international headlines.

The nation of Israel is a big topic because the entire world hinges upon what happens within this tiny country the size of New Jersey. GOD TV reads and researches the headlines and compares it with what scholars are saying and how it lines up with God’s Word. Even other news topics such as Brexit and the terror attacks in New Zealand are reviewed and reported on.

The world was once black and white – and I do not mean watching Jackie Gleason on television. There was right, and there was wrong. As time pressed on, we slipped into shades of gray. What is important becomes subjective to those who deliver the news. More and more television is moving away from mentioning God, Jesus, Christ, Salvation, and Faith.  Everything is subjective. It is all about being inclusive of all and that all paths lead to a deity that may or may not exist. The information we get on the national stage is tainted.

GOD TV news chooses to explore what is central to Christianity and what is important to followers of Jesus. They help us understand what the Bible says about what is going on in the world around us. You will not hear shouts of glory on cable television news. You won’t hear the Gospel on your local station broadcast unless the ‘feel good story’ has a Christlike twist, even then it is only one and a half minutes of an hour broadcast. When you are seeking a God-focused message that lines out today’s headlines GOD TV is the source you are looking for.