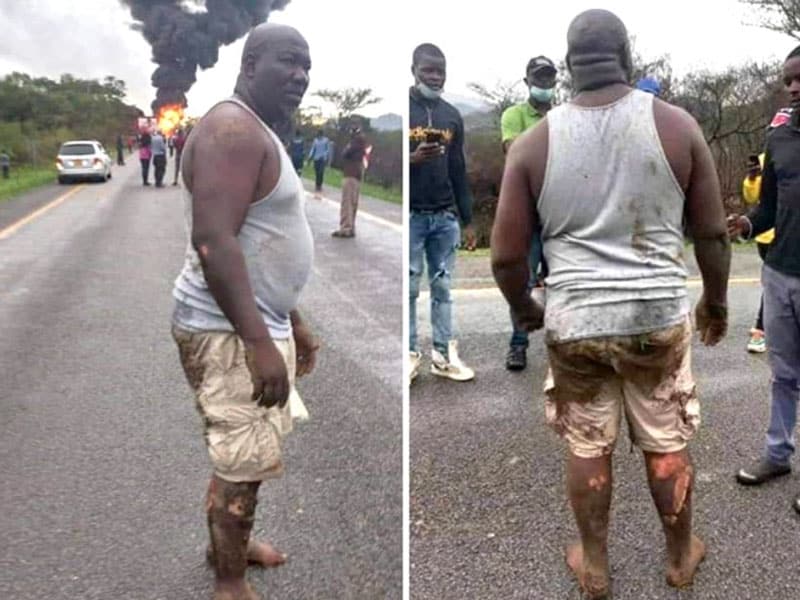 A man from Zimbabwe risked his life to rescue people inside a burning bus when it collided with a fuel tanker on Christmas eve.

According to the report, the accident happened along Harare-Mutare Highway in Zimbabwe on December 24. A fuel tanker apparently crashed into a bus carrying 60 passengers inside. The forceful collision caught the bus on fire. Then Sirizani Butau, a truck driver, jumped into the scene. He was one of the first people who responded to the incident. He did not hesitate to enter the burning bus to rescue eight people trapped inside it. 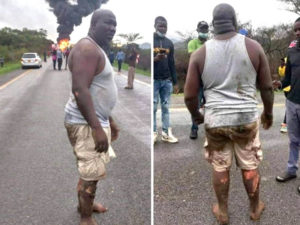 Thankfully, Sirizani managed to save them. Although he suffered third-degree burns on different parts of his body. But authorities immediately took him to Kadoma hospital, where doctors and nurses cared for him.

In a picture that went viral on social media, Sirizani can be seen with burns on his legs. Perhaps due to the adrenaline rush, he wore nothing on his feet anymore in the picture. The bus can be seen engulfed in fire and black smoke just a few meters from where he stood.

As a result, it moved viewers to initiate a fundraiser for Sirizani’s medical bills. They posted his Ecocash mobile number, and donations began to pour in, to the point that it reached its limit.

What’s more, a philanthropist with a username @thegiverzim on Twitter gave $250,000 to the modern-day hero, according to Zimbabwe News.

In an interview with NewsDay, Sirizani’s brother, Trevor, shared an update about his brother. He said, “At the moment, he is unable to talk because he is being attended to by doctors. What we can say is he is overwhelmed by the kindness and love from across Zimbabwe. He never sought to be a hero, and he does not feel like one.” 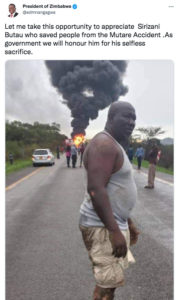 Furthermore, the President of Zimbabwe, Emmerson Mnangagwa, acknowledged Sirizani’s heroic act. He wrote, “Let me take this opportunity to appreciate Sirizani Butau who saved people from the Mutare accident. As [the] government will honor him for his selfless sacrifice.”

Praise God for kindhearted people like Sirizani who are willing to lay down their lives for others. It reminds us of what Jesus did for all of us to be saved! 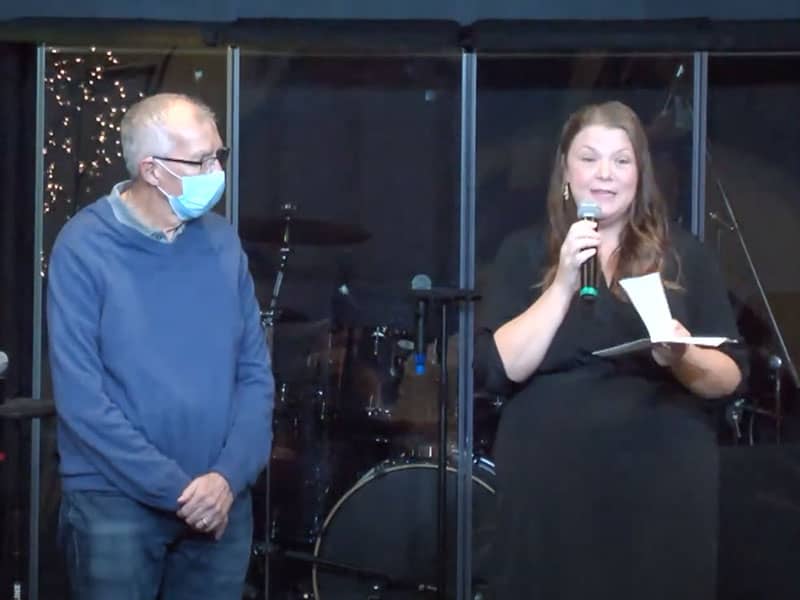 On Christmas eve, a church congregation surprised a man and his children who are grieving the loss of wife and their mother.

A Surprise On Christmas Eve

In September last year, Travis Feltner’s wife, Amber, went home to be with the Lord. She died from COVID-19, and since then, it has become hard for the family to accept the loss. The church acknowledged what the whole family was going through. Hence, they surprised them on Christmas eve church service.

Together with his whole family, Travis stood before the Compass Community Church congregation to receive the surprise. Then the church host explained that they were doing it “to be the hands and feet of Jesus” in their lives. Emily Blake, who serves at the church missions and outreach team, presented the Feltner family’s gifts.

Hands And Feet Of Jesus

“We heard about your story … just knew that we were led by God to show you His love,” she told them. “We just want you to know guys that we see you, that God sees you. And that He loves you. We may not ever be able to understand what pain and hardship you guys have been through lately. But through it all, God has a plan for your lives and He loves you and we love you.” 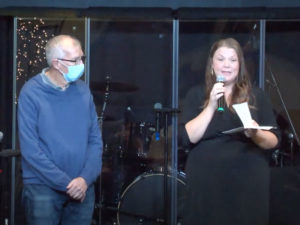 The church family blessed them with presents and toys for the children. What’s more, they gave them a $6,700 check to help pay utilities for the upcoming year 2022.

Travis began to tear up for what the congregation did.

“I just can’t believe all the things that this church has done..” he said. “It’s amazing what you guys have done for us. I had no idea what I was going to do. Thank you so much for reaching out and being there for us.”

Watch the emotional moment and amazing surprise at the 52:00-minute mark: 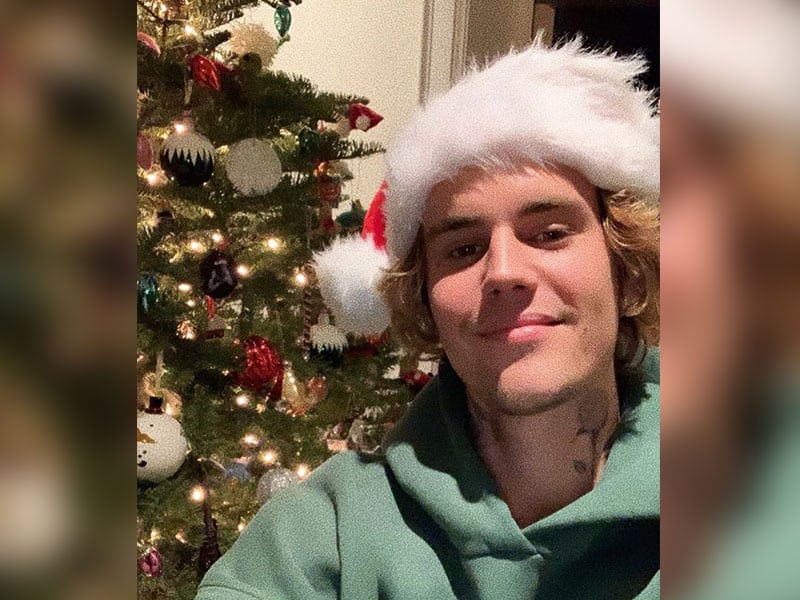 While most people celebrate Christmas with gifts, family gatherings, and small parties, Justin Bieber urges his 155 million followers to talk to God on Christmas eve.

In an Instagram post shared by the pop singer on Dec 24, Bieber encouraged his million followers to talk to God. He posted a photo with a message saying, “Just a friendly reminder that you are loved by the Creator of the sun, moon, stars, galaxies. He is obsessed with you! Talk with Him, He’s not as far as you may think.”

Then Justin captioned the photo addressing those who feel lonely this Christmas. He wrote, “Even at our loneliest we are never alone. God has brought us this far and He won’t leave us now.” 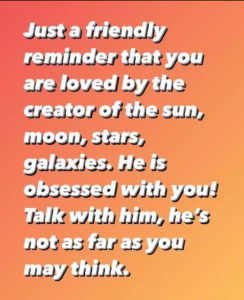 It hasn’t been long since Justin also told his followers to make “loving people” their mission.

He explained, “Loving people is our mission. Love is the reason for our existence. To love and to be loved. Even when we reject God and reject the things of God HE NEVER REJECTS US.” 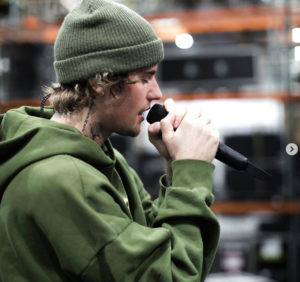 Also, this year has been a refining year to the heart of the singer. A month ago, he further revealed his desire that God would refine and purify his heart.

“All my life I felt in my heart I was supposed to entertain. I had been given these abilities that I wanted to showcase. My heart, as I get older, is to ask God to refine my heart,” he said.

Although he used to display an image of a rebellious teen who did whatever he wanted with his life, today, God changed all of that. Justin Bieber became more real with himself as he found hope in his relationship with God. Moreover, he’s no longer afraid of people pointing fingers at him as he continues to be changed by God’s grace. The famous singer stands in his identity in Christ and no longer allows public opinion to pressure him.