BREAKING
Israel-led Team Solves Mystery Why Lightning Strikes Fewer Times Over The Ocean...
Tourism In The Holy Land Is Soaring Back Up To Pre-Pandemic Highs
Lapid Speaks Directly To Palestinians—Offers Them “Another Way” Out Of The Ongoing...
Home Tags Posts tagged with "Christopher Duffley"
Tag: 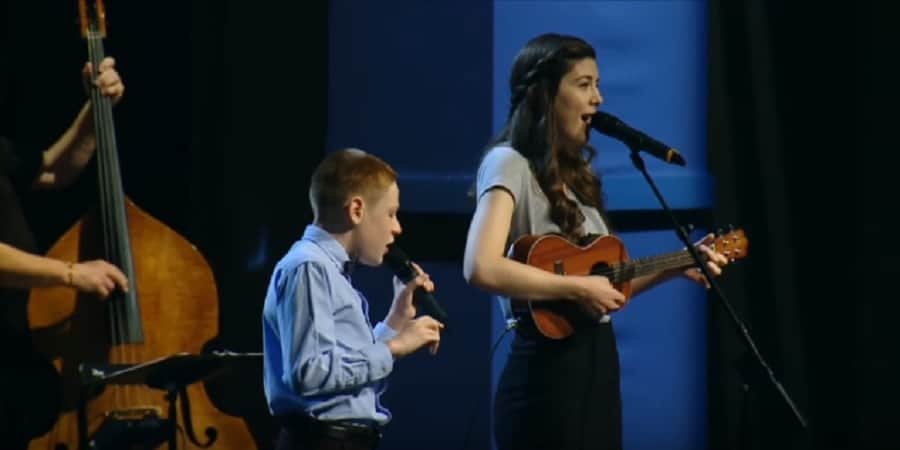 Girl Begins To Sing For God—Blind Brother Joins In, Making A Beautiful Duet!

There a lot of amazing singers around the world, but rarely does one find someone like this brother / sister duo onstage.  Their performance is unlike any other.  They are singing not for men, but for God!

Christopher Duffley is both a blind and autistic boy who has inspired millions around the world.   A video of him passionately singing ‘Open The Eyes Of My Heart’ went viral several years ago and people can’t help but be amazed by his heart reflecting the goodness of our God.  There wasn’t even a hint of timidness about his condition, instead he allowed the Lord to be glorified in his life regardless of his disabilities.  Christopher can be described as such a joyful and loving person.

Grace Duffley, who is a loving sister to Christopher also loves to sing, and in this video they exquisitely sang Jamie Grace’s “Hold Me” together.

It was the first time Christopher performed with his older sister and the moment their voices blended together, was just so beautiful you’ll want to replay it over and over again.

Listen for yourself and you won’t be able to get enough.  This is truly heart-warming!