BREAKING
Israel-led Team Solves Mystery Why Lightning Strikes Fewer Times Over The Ocean...
Tourism In The Holy Land Is Soaring Back Up To Pre-Pandemic Highs
Lapid Speaks Directly To Palestinians—Offers Them “Another Way” Out Of The Ongoing...
Home Tags Posts tagged with "Chunky Monkey"
Tag: 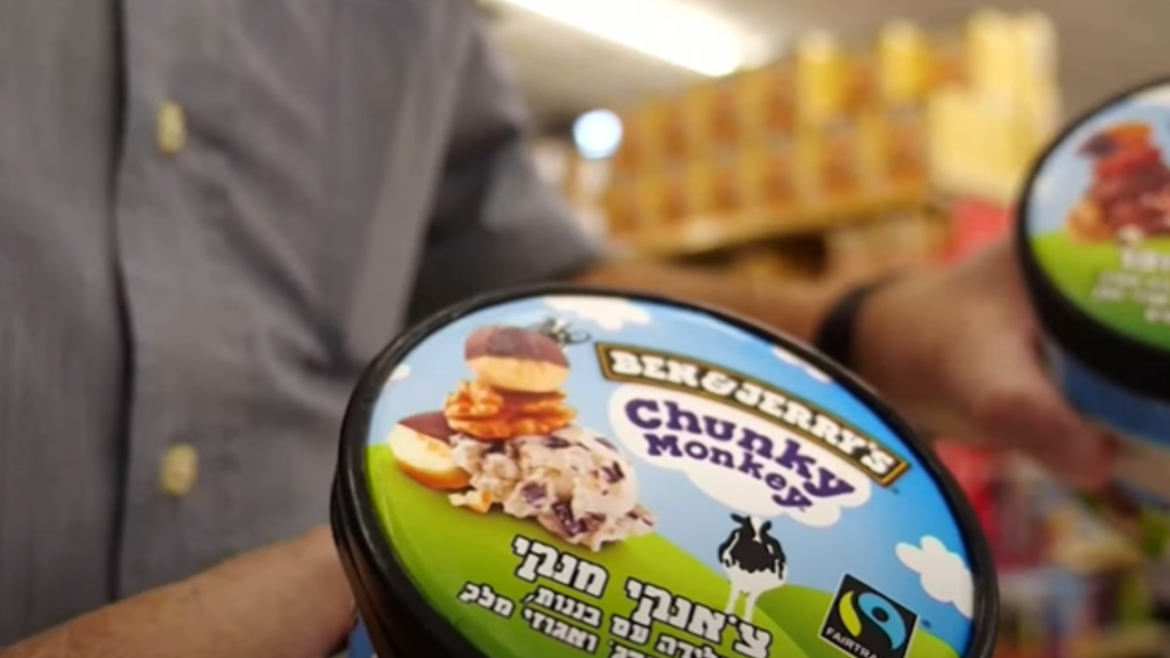 Ben And Jerry’s Staying In Israel, But Founders Aren’t Doing The “Chunky Monkey”

Unilever, the company that acquired Ben and Jerry’s Ice Cream some time ago, has “sold its Ben & Jerry’s business interests in Israel to Avi Zinger, the owner of American Quality Products Ltd (AQP), the current Israel-based licensee,” according to a statement on their website. This is a huge victory for supporters of the only Jewish state—one that was birthed after 1/3 of Jews worldwide were murdered.

What does this mean? It means that Avi Zinger, the owner of the ice cream franchise for Israel, not Ben, not Jerry, and not Unilever, will decide where to sell the popular ice cream in Israel. Last year, Ben and Jerry’s decided they would no longer sell their ice cream in Jewish cities in Judaea and Samaria—the West Bank. While no one thinks the issue of the West Bank is easy to settle, people forget that Israel only ended up with the West Bank and Jerusalem in 1967 after Jordan attacked Israel, seeking more land from the tiny Jewish nation.

There was a huge backlash, and Avi Singer, the Israeli distributor, aided by the Louis D. Brandeis Center for Human Rights Under Law, sued both the parent company Unilever and Ben and Jerry’s. Zinger won the lawsuit; it was declared that Ben and Jerry’s were in breach of US and Israeli law. While Unilever wanted to find a solution, the left-wing, anti-Israel Ben and Jerry’s was adamant about their decision. Unilever, to the chagrin of Ben and Jerry’s, issued a very pro-Israel statement.

“Unilever rejects completely and repudiates unequivocally any form of discrimination or intolerance. Antisemitism has no place in any society. We have never expressed any support for the Boycott Divestment Sanctions (BDS) movement and have no intention of changing that position.

“Unilever is very proud of our business in Israel which supplies everyday household products to people across the country. Today, Unilever Israel employs around 2,000 people of diverse backgrounds, has four local manufacturing plants, and works with a network of around 2,000 local suppliers and service providers – helping to support the livelihoods of tens of thousands of Israelis across its value chain.”

The BDS movement seeks to pressure companies against doing business with Israel. Many countries have condemned the BDS movement and even passed a law against their activities. Meanwhile, Ben and Jerry’s board issued a statement that they are not pleased with the new arrangement and have reportedly locked themselves in their basement, where they are eating ice cream to deal with their depression.

Zinger will no longer use the Ben and Jerry’s logo in English but has secured the rights for the Hebrew and Arabic logo.