BREAKING
Israel-led Team Solves Mystery Why Lightning Strikes Fewer Times Over The Ocean...
Tourism In The Holy Land Is Soaring Back Up To Pre-Pandemic Highs
Lapid Speaks Directly To Palestinians—Offers Them “Another Way” Out Of The Ongoing...
Home Tags Posts tagged with "City of Kyiv"
Tag: 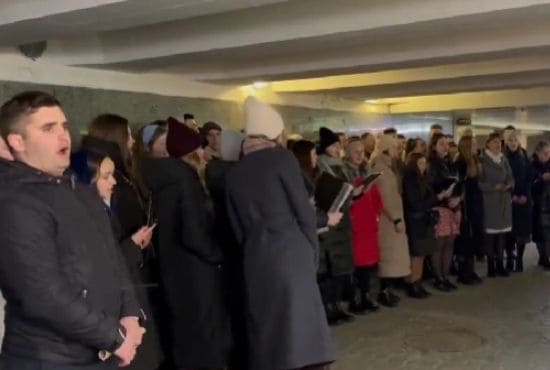 Ukrainian Christians worship the Lord as they take refuge in a subway in the city of Kyiv.

On Thursday, Russia launched its attack on Ukraine. In a matter of hours, Russian troops have advanced to the capital of Ukraine, the city of Kyiv. A Series of loud explosions can be heard from the city and from other parts of the country.

The death toll continues to rise as the war between Russia and Ukraine intensifies. On Thursday, it is reported that at least 137 people have been killed since the conflict started.

Ukraine is standing firm amidst the assault of Russia. President Vladimir Zelensky and his government is doing all it takes to protect the country and their people. In a statement he recently released, he boldly declared that he is not afraid of Russia.

The lyrics of the song translate to: “Lord, oh the Great and Almighty, protect our beloved Ukraine, bless her with freedom and light of your holy rays.”