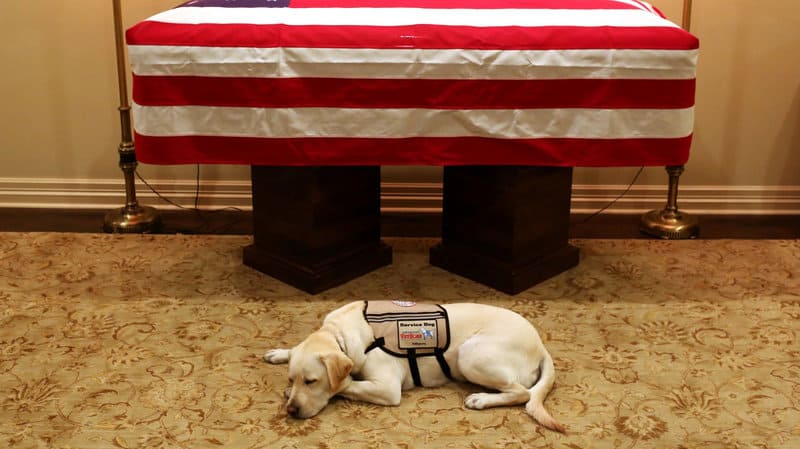 George H.W. Bush’s Service Dog Stays By His Side Till the End

On the 30th November, 2018, 41st President of the United States, George H. W. Bush passed away. America said goodbye to an honored leader, his family to a beloved father, and a dog to his best friend.

A spokesperson for the Bush family, tweeted out a photo of Sully lying beside the casket on Sunday night, captioning it “mission complete.”

Jeb Bush, son of George H.W. Bush and brother to President George W. Bush, retweeted the image, captioning it “Sully has the watch.”

Sully, a 2 year-old yellow Labrador Retriever, is an @AmericasVetDogs trained service dog and has been with the former President since his wife, former First Lady Barbara Bush, died earlier this year. President Bush suffered from a form of Parkinson’s disease that forced him to be wheelchair-bound. Sully is trained to do a number of tasks including opening doors, retrieving items, and alerting in the case of medical emergencies. A dog of this breeding and training is more than a pet; it’s a loyal protector with an important job.

As a service dog, Sully accompanied the former President everywhere he went. Sully was an honored guest at daughter Barbara Bush’s wedding and has been a dignified observer of Bush’ visits with other past heads of state. 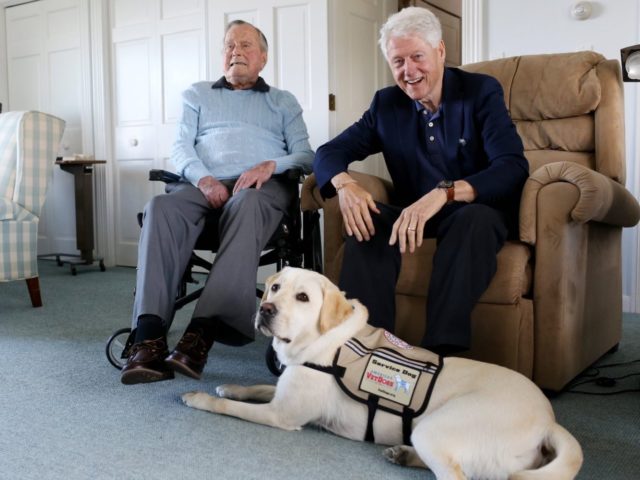 Now that Sully has completed his mission with the President, he will go on to assist wounded veterans and service members in their recovery at the Walter Reed National Military Medical Center in Bethesda, MD. The patient and gentle dog who became a beloved companion to the President during one of the hardest times of his life, will now bring the same guidance and peace to other men and women in need of his care. But there’s no doubt Sully will miss his Commander in Chief. 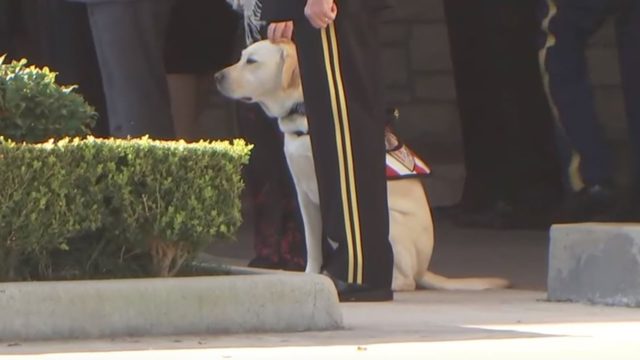