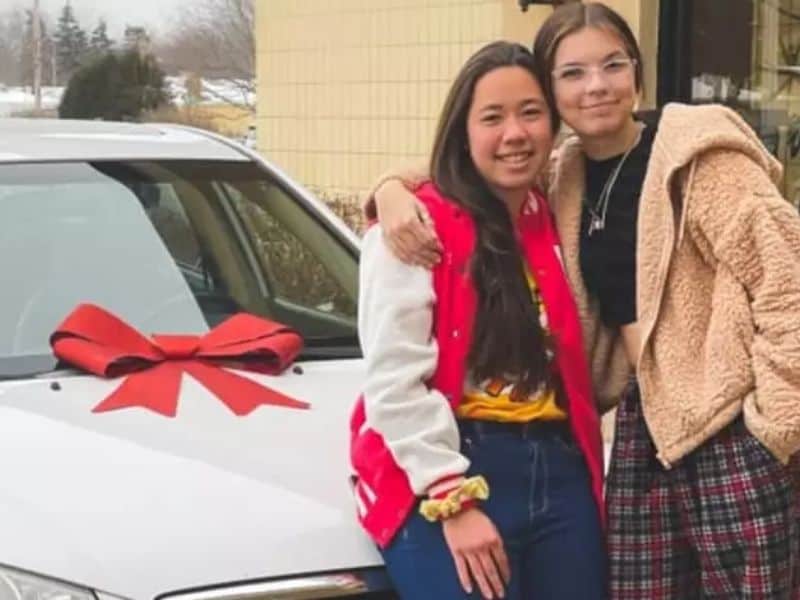 A Chick-Fil-A employee gave her car which she won in a Christmas raffle to her co-worker in need.

The 17-year-old Hailey Bridges is an employee at the Appleton, Wisconsin, Chick-Fil-A who is inspiring millions because of her genuine kindness. While she was attending their company’s Christmas party this month, Hailey’s name was drawn from a raffle. She won a 2008 Hyundai Elantra!

However, instead of driving her new car, right after winning the car, she gave it to her co-worker, Taniguchi. Hailey knew that her co-worker didn’t own a car and that she had been traveling to and from work on a bicycle – even in the cold weather of Wisconsin.

“She’s one of the people here that has made me be myself more,” Hailey said of her friend.”And I just feel so happy being around her and it was just an immediate decision to give her a car because she probably needs it more than anyone I know.” 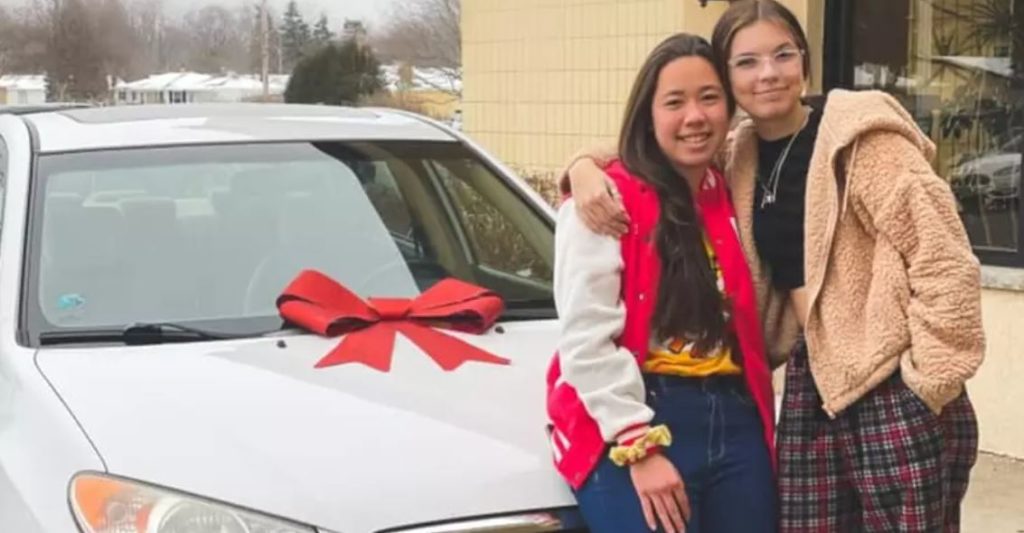 Taniguchi expressed her gratitude to her friend and co-worker for her kind and selfless gesture.

“I just couldn’t believe it, I was so shocked,” Taniguchi said in an interview. “I screamed and I ran to her and I was just like… My heartfelt so full and I was so excited and then obviously I was so happy. I just started crying my eyes out.”

It turned out that Taniguchi moved into the city last year from Hawaii. The car she received from Hailey will help her stay safer during her travels.

“Being able to have a car and that freedom and giving someone else a ride, helping someone else out – that just warms my soul and I’m just so excited and happy and I can’t believe it,” she added.

These girls’ story is currently inspiring millions of people. Hailey showed everyone that there are still good people in this world.