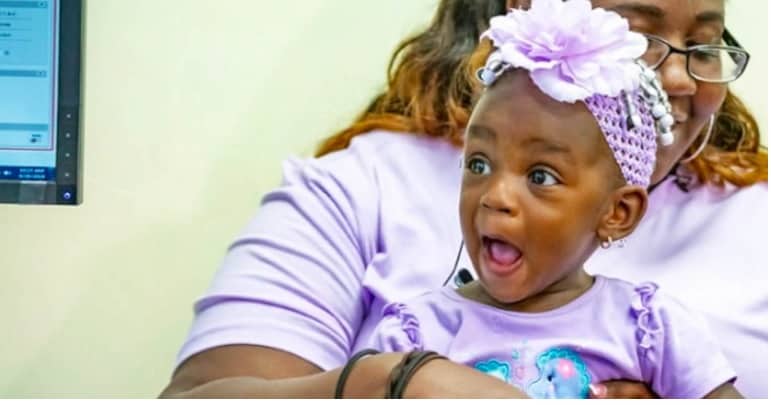 Little Deaf Girl Hears Her Mother For The First Time, Saying ‘I Love You’

Watch the video below as you witness a 15-month-old baby girl hearing for the first time.  Her reaction is priceless, especially as her mother tells her how much she loves her, for the very first time. 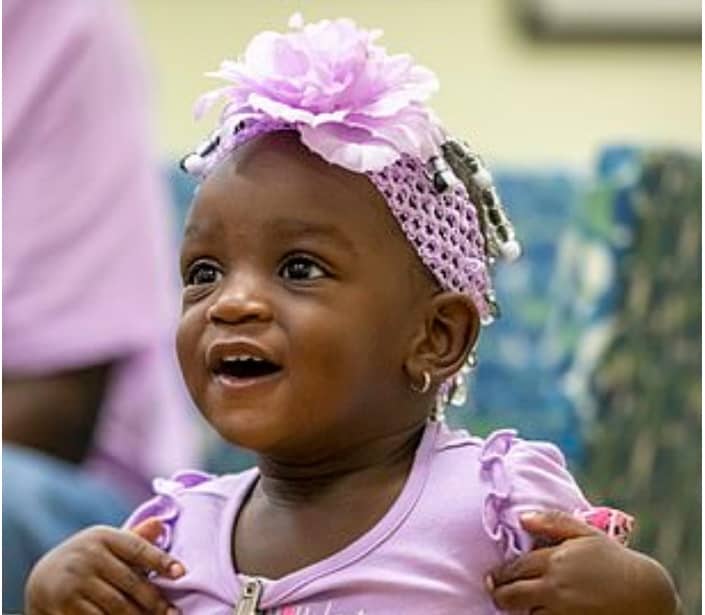 Despite being born deaf, 15-month-old A’Deja Rivers has shown signs of improvement in her hearing after receiving cochlear implants at Johns Hopkins All Children’s Hospital.

Through today’s technology, things we never thought possible in the natural are now within reach… and what a difference they will make for this toddler.

In the video, A’Deja’s audiologist Shelley Ash starts off by playing soft noises for her, and her reaction is priceless, it seems like she’s enjoying the noises she’s hearing.

“It’s so thrilling, so moving,” Shelly says. “When we first start out, we’re introducing very soft levels of electrical current,…It just sounds to her like ‘beep, beep, beep,”

According to the Cochlear website, “Cochlear implants bypass the damaged part of the ear and stimulate the hearing nerve directly. This enhances the clarity of sounds and improves your ability to understand speech. It may also help you to regain confidence in social situations, rejoin friends and family and live a fuller life. In a recent study, people with cochlear implants could understand sentences eight times better than they could previously with their hearing aids.” 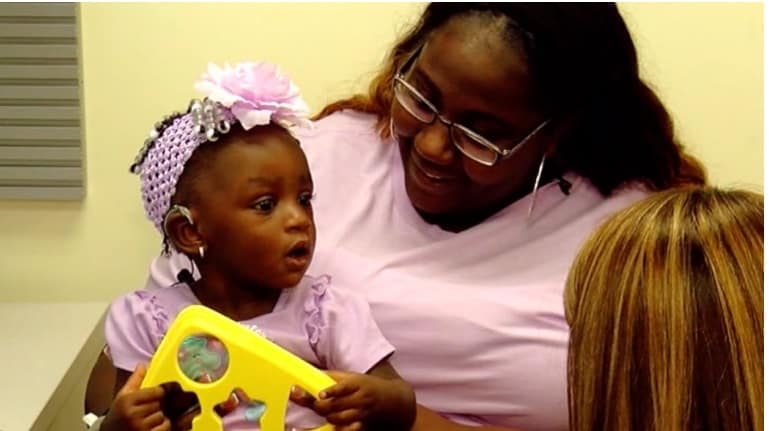 See A’Deja hear her mommy for the first time saying these three sweet words to her, “I love you”. “It’s so exciting,” her mother, Patricia says.

A’Deja is not the only one who wears implants in the family, in fact, her dad and older sister, Ja’Lynn also wear them. The implants have proven to be effective to them both and by receiving her implants early, A’Deja will face less problems with language impairment as she starts to speak.

Cochlear implants are beneficial for many children who are deaf around the world. They are safe for children over the age of one, according to a study. Pray for this precious little girl that her hearing will continue to improve day-by-day and she will be able to speak clearly.

Read also: Deaf Singer’s Audition on America’s Got Talent Reminds Us to Keep Holding On