BREAKING
Israel-led Team Solves Mystery Why Lightning Strikes Fewer Times Over The Ocean...
Tourism In The Holy Land Is Soaring Back Up To Pre-Pandemic Highs
Lapid Speaks Directly To Palestinians—Offers Them “Another Way” Out Of The Ongoing...
Home Tags Posts tagged with "Coffield Prison"
Tag: 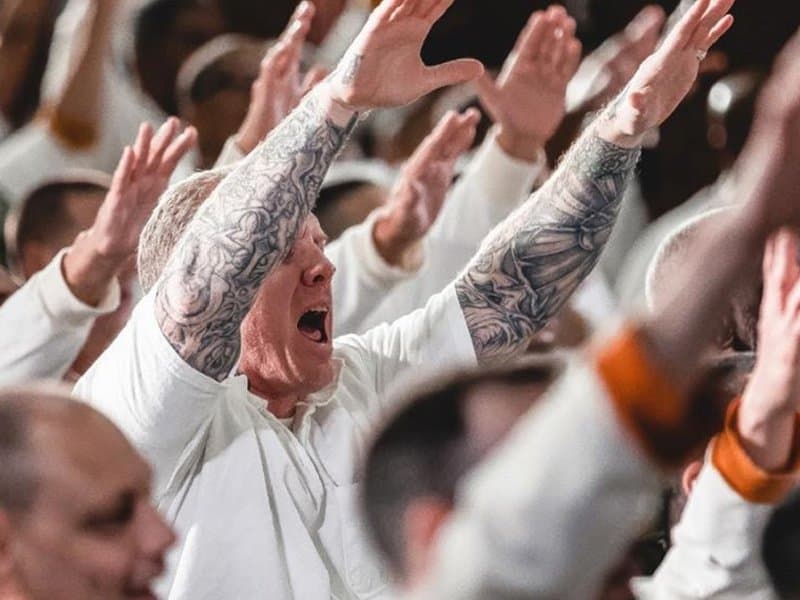 Rival gang members were baptized together, in the same water, inside a maximum security prison just outside Dallas, TX. – Truly a miracle!

In November, the Gateway Church of Dallas held their first service in Coffield Prison with over 650 inmates in attendance. The Coffield Unit in Anderson County is a maximum security prison just outside Dallas. It was the first of the many Gateway campuses inside a prison.

“Many of the men and women inside prison have been forgotten by society, but we want them to know we love them and God loves them, and they are our brothers and sisters in Christ,” Pastor Robert Morris of Gateway stated.

Just recently, a number of prisoners at the Coffield Prison who were in solitary confinement were baptized in the name of Jesus. Among those prisoners were five gang members. Each of them had their hands, feet, and waists shackled for security purposes in order to be baptized.

“They couldn’t lift their arms above their waist, each one has a guard on each arm, and wouldn’t leave their side until they were in the water,” Pastor Niles Holsinger, Gateway Coffield Prison campus pastor, shared.

Having all of these rival gang members being in the same room together raised a safety concern for everyone around. But they proceeded with the baptism ceremony, anyway, and the men were all baptized in the same water!

“These guys from two different gangs professed the same Lord and were baptized in the same water together and they walked out together, guards not holding onto their arms anymore because God had done something in their life.” Niles said.

Other men in the prison were shaking in fear just by standing next to these gang members. Yet despite the fear for their lives, their willingness to come into a new life overpowered their fear and they followed through with it as well. 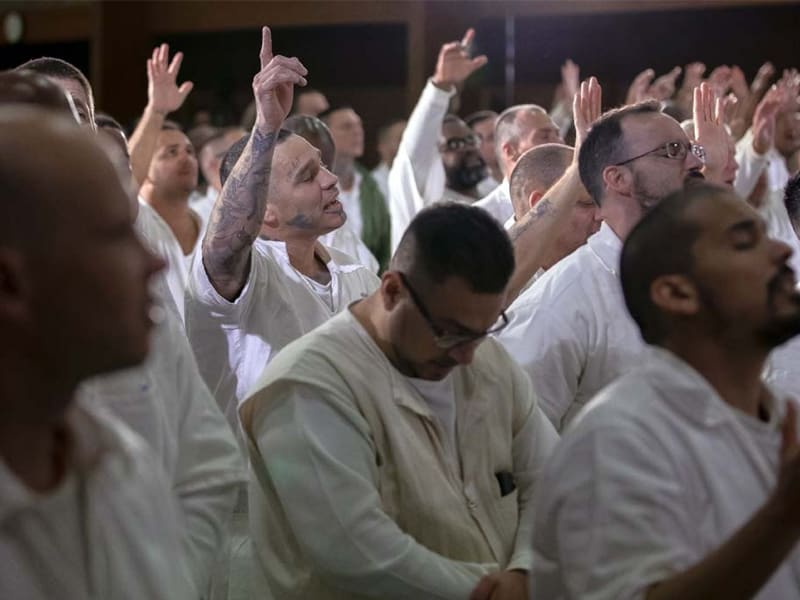 These men who were charged with heinous, violent crimes surrendered their lives to God and were made new in Him!

“I have tried it my way my whole life and it’s gotten me here. I want to try it God’s way…we’re going to come out of the water as new men,” one prisoner shared.

Gateway Church in Dallas, Texas launched a new campus in Coffield Prison. The lead pastor of the church, Robert Morris, showed a video to his congregation of over 500 inmates who have decided to follow Jesus.

The new campus was launched in November 2018, with more than 300 inmates in attendance. Pastor Morris also shared in his Facebook Post an inspiring photo of the inmates worshipping God.

“At Gateway Church, we’re all about people because God is all about people,” Pastor Robert told Fox News. “Many of the men and women inside prison have been forgotten by society, but we want them to know we love them and God loves them, and they are our brothers and sisters in Christ.”

Pastor Robert graciously welcomed the new believers of Christ, “We welcome you guys and we love you. We are your brothers and sisters in Christ.”

After welcoming them, Pastor Robert introduced the Campus Pastor, Stephen Wilson, a former inmate who has been ministering in prisons for several years. The church also raised-up the inmates to be part of the community of ushers, multimedia team and worship team. They truly raised them to become disciples of Christ.

What Gateway Church did for the people who were once living in darkness is truly an inspiration. They didn’t just introduce Jesus to the inmates, but they gave them so much love and hope. This is what God’s love looks like. It’s about sharing His Word and teaching people how to follow Christ.

Let’s pray for more ministries who will help our brothers and sisters in prison. Let’s also continue to pray for revival in every dark place of this world. God is working and He will use His children to bring glory to His Name.

Pastor Robert Morris can be seen on GOD TV each Sunday at 10:00 am. Read more