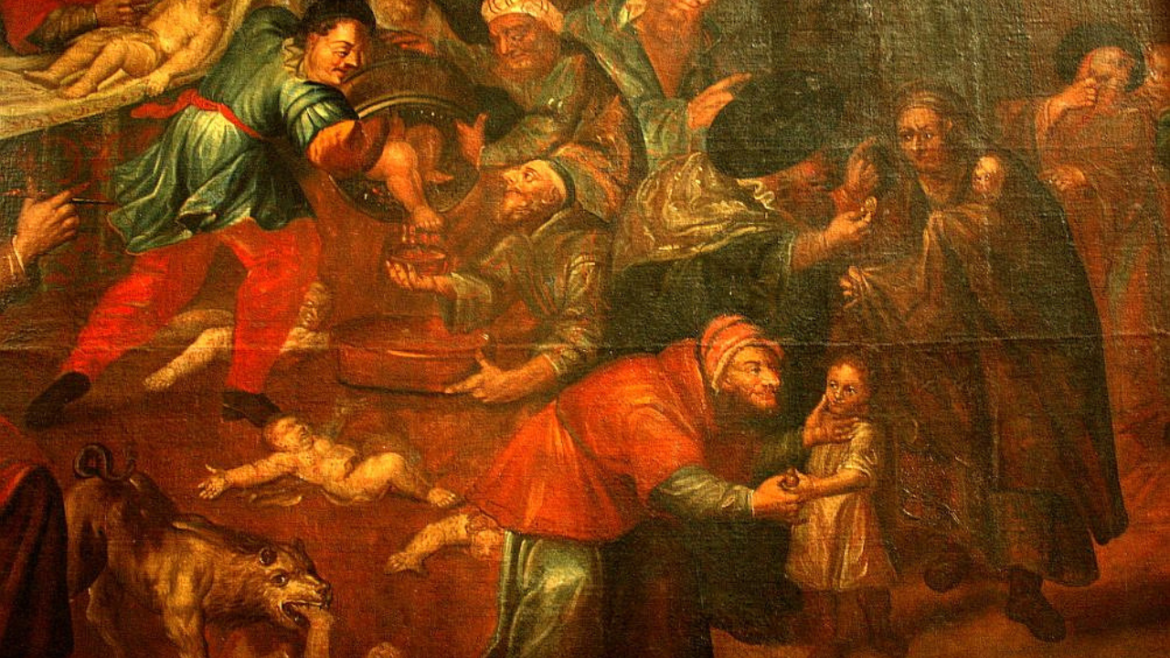 800-year-old Cold Case Solved in the U.K.—Victims Were Murdered in an Infamous Antisemitic Attack

DNA analysis of the remains of 17 bodies found at the bottom of a well were the victims of a vicious antisemitic attack in 1190 C.E. in England, as the Third Crusade began. The remains of what turned out to be a Jewish family were unearthed during the construction of a shopping mall in Norwich, England, in 2004, and after 18 years of analysis and technological advances, researchers in the U.K. now have decisively linked the remains found in the mass grave to the medieval massacre.

The study used radiocarbon dating and genome sequencing and was published Tuesday in the Current Biology scientific journal.

Unlocking the mystery of the well has been a slow process. In 2011, researchers were able to identify the remains of the 17 people in the grave as members of one Ashkenazi Jewish family. Scientists had enough intact genetic material to work with from six of the bodies (three of whom were sisters) and could sync the DNA with data from the modern Ashkenazi Jewish community.

“I’m delighted and relieved that 12 years after we first started analyzing the remains of these individuals, technology has caught up and helped us to understand this historical cold case of who these people were and why we think they were murdered,” said Dr. Selina Brace, lead author on the study and an expert at the Natural History Museum in London.

By analyzing the bones and pottery fragments found with the remains, researchers say the family was alive between 1161 and 1216 and believed to have been killed as “part of a historically attested episode of antisemitic violence on 6 February 1190 CE.” The Jewish community in Norwich was slaughtered by men headed out on the Third Crusade after the Jews there were accused in an antisemitic conspiracy theory (blood libel) of murdering a young boy in the town.

The story of William of Norwich who was murdered is well documented. “His uncle, a priest, blamed local Jews, and a rumour spread that Jews crucified a Christian child every year at Passover” (source). With no evidence, the people of Norwich violently turned in the Jews.

Researchers had a rare opportunity to examine the DNA of the Ashkenazi Jewish community from antiquity. Jewish law forbids disturbing the remains of the deceased, and so no research like this has ever been conducted. At first, the researchers didn’t know that the remains were of a Jewish family. Once the ethnicity was discovered, they worked in cooperation with the Jewish community— “subsequent analyses were conducted with the cooperation and support of the Norwich Hebrew Congregation, and with the approval of the Office of the Chief Rabbi.”

“When you study ancient DNA from people who’ve died several hundreds to thousands of years ago, you don’t often get to work with the living community at the same time,” said study co-author Professor Ian Barnes. “It’s been really satisfying to work with the community on a story that’s important to them.”

The study found that the genetic makeup of Ashkenazi Jews “was shaped before the 12th century, earlier than had previously been thought. No genomes from known Jewish individuals are currently available from the medieval period or earlier, largely because exhumation and scientific testing of Jewish remains are prohibited,” the study said.

The study has “provide[d] new insights into a significant historical crime, into Ashkenazi population history, and into the origins of genetic diseases associated with modern Jewish populations.”

The remains of the 17 members of the family “were reburied in 2013 at the Jewish cemetery in Norwich,” and a plaque detailing their deaths marks their burial site.