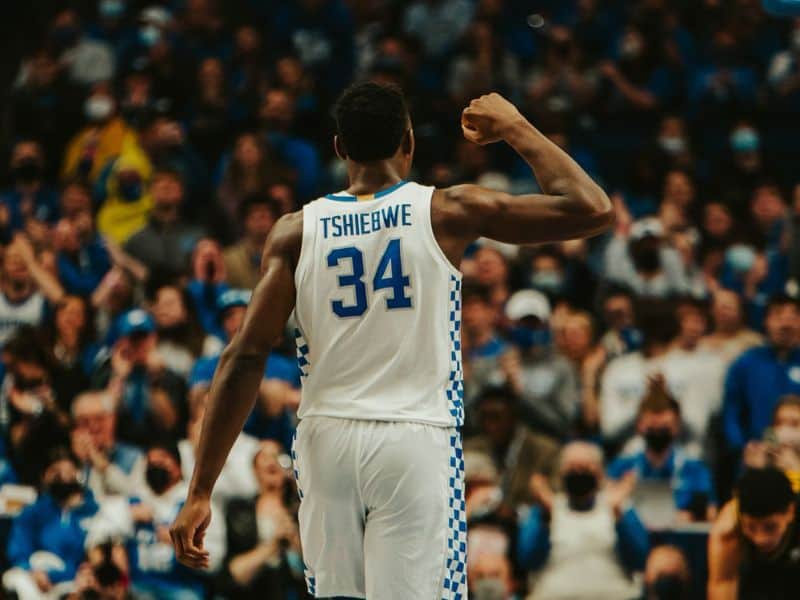 Oscar Tshiebwe, a promising basketball star, could have put his name in for the NBA draft. But, the national player of the year 2021 chose to stay for another year in the college because of God.

Oscar is the Kentucky Wildcat’s center and power forward. His brute strength and skills earned him the nickname “Kentucky big man.” With his dominant gameplay, he won the Associated Press, Wooden, and Naismith player of the year awards.

As the most decorated player of the season, Oscar had the talent to declare for this year’s NBA Draft. But, he didn’t. Instead, he returned to Kentucky but with a special reason.

“That was not my decision. Everything I do, I don’t do on my own,” he said in an interview with SECN’s Tom Hart. “I always pray if I don’t feel so comfortable by doing something is when I hear from God.”

“I was praying to God – my dream is to play in the NBA – but now, the situation is tough. I’m not even projected to be in the first round, but do you want me to leave or do you want me to come back?  The one thing I hear from God, he said, ‘I’m not done with you at Kentucky.’ So after he had done it, I said I’m going back for God.”

The Congo native’s faith was shaped by his father, who was a pastor. “”My dad told me that God has given us the Spirit – the Holy Spirit – who lives within us. If we ask anything according to His Word, He’s going to help us.”

So, Oscar asked God and He told him that He is not yet done. “If God is not done with you, that means He’s still got a work to do with you,” Oscar explained.

“When you submit everything to God, that means you trust Him.” He added, “You believe He is going to help you. And the one thing about that is He’s not gonna lead you the wrong way.”

“I’m very excited to see where God is gonna take us, and I’m praying for my team, my teammates, my coaches – everybody,” he said.